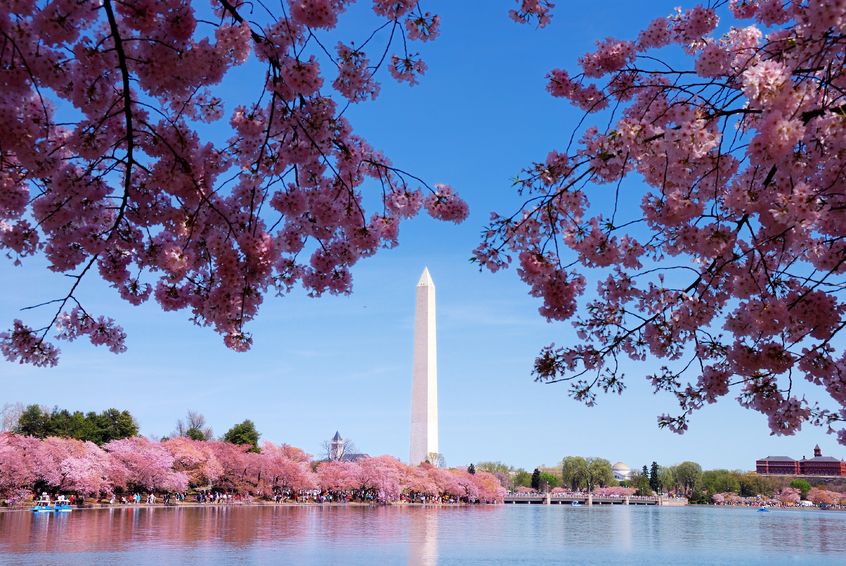 D.C. is a Growing Tech Hub

The topics of gender and racial diversity dominated the 2016 SXSW Interactive agenda, but another paramount aspect was a large delegation of digital innovators from the District of Columbia acting as ambassadors to spread the news about the capital’s growing presence as a tech hub.

When it comes to technology, the Washington region has made the necessary investments and upgrades to train, attract, and retain a workforce equipped for the industries and jobs of the future.  And Silicon Valley should pay closer attention to D.C., as tech giants there work to ensure greater inclusion and recruit a diverse corps of women in this field.

A Smart, Female Mayor Committed to Women in Tech

Washington D.C.’s dynamic African-American Mayor, Muriel Bowser, has emerged as a national figure to watch, and is making sure her city is a laboratory for female entrepreneurs to succeed, grow, and prosper  — particularly in technology. Bowser herself is highly educated, graduating from the private, all-girls Elizabeth Seton High School, then receiving a scholarship to Chatham College, as well as a Master’s Degree in Public Policy from American University.

Bowser notes: “In D.C., we believe that everyone deserves a fair shot – no matter who you are, where you come from, or what your gender is. We have the track record to prove it.  D.C. has been called the top town for women entrepreneurs in America. We have the smallest pay gap in the nation. And we were just named the top city for women in tech.” Indeed, for the second year in a row, a ranking by SmartAsset cites D.C. as the best city for women in technology, highlighting that it has closed the gender pay gap for women in computer and mathematical occupations. Thus, the District’s talent pool certainly reflects the diversity major tech companies are seeking.

Tangible Initiatives – and a Technology Czar

The Mayor understands the power of her native city and is banking that venture capitalists and other investors scouting new startups will beeline to the nation’s capital. She has launched the District’s first Inclusive Innovation Incubator at Howard University to support local businesses, which will be operated by Luma Lab, the education arm of Clearly Innovative, a minority-owned web and mobile development agency.

Mayor Bowser has also placed a female at the top to keep the District at the forefront of innovation. Among the priorities of Chief Technology Officer Archana Vemulapalli, a Georgetown University graduate widely respected in the industry, is a cutting-edge open government initiative.

One woman-owned startup is paving the way in this space: Carey Anne Nadeau, founder and CEO of Open Data Nation, was part of the all-star SXSW delegation led by the Washington Economic Partnership, and her company has emerged as a vital platform focused on increasing transparency and productivity of public agencies. Part of the mission of her company (and others) is to use sound and trusted data platforms to enable local developers to more effectively design and build, spurring business growth even further.

“In the past few years, cities around the world began publishing unprecedented amounts of data in the hopes that it would increase transparency. Now, these data publishers have goals to engage citizens, make better data-driven decisions, and improve the way they do business,” Nadeau recently commented.

Another D.C. Ambassador, SOCIALgrlz CEO Marissa Jennings, scored a Dewey Winburne Community Service Award at SXSW for creating the first mobile web publishing company that produces content specifically for African-American girls. “SOCIALgrlz LLC exists because our girls do not have a safe space to learn from each other. Our girls have a voice and a story,” Jennings wrote.

Innovation is an important economic driver for the capital region, and the District of Columbia is maximizing the ingenuity of its diverse population to foster greater social impact and create jobs in the process.  And, as a result, D.C. has made its mark as a fertile destination for creative and interactive fields – and is now being recognized more and more as a tech hub reflective of the multifaceted demographics that make up America.