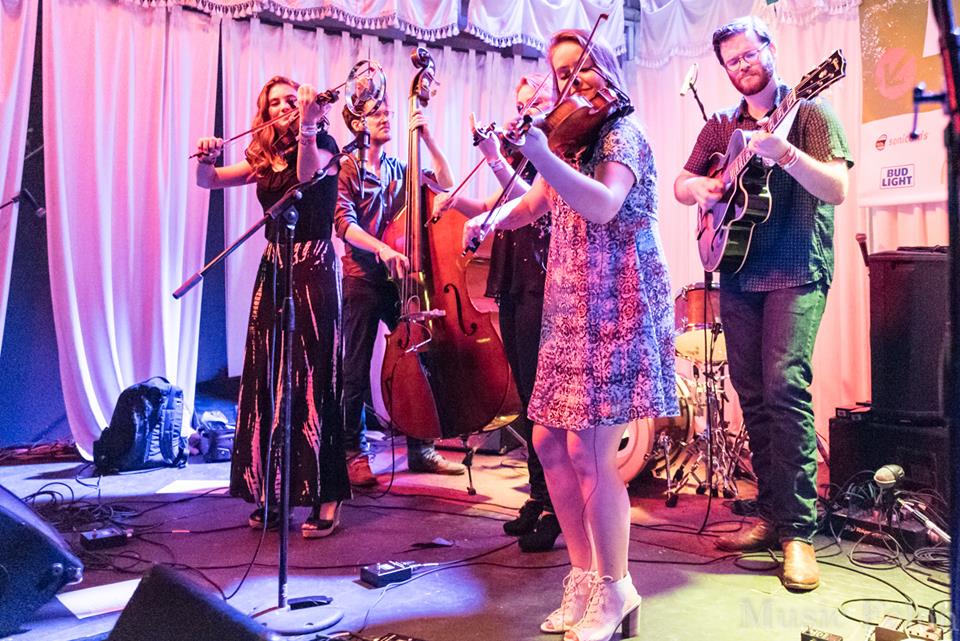 The music business is an exciting and eclectic, ever-changing world of dynamic talent.  Fueling this chaotic realm of artists are out-of-the-box ideas and a driving force to put something new and unique into the world.

That said, success in today’s music industry is harder than ever to achieve.  An artist must be willing to put in countless hours to create, shape and market their music career. On the road to stardom, most artists experience a significant amount of trial by fire, career setbacks and learning lessons.

SharpHeels was lucky enough to get the opportunity to sit down with some of the women currently breaking down the old barriers and paving new inroads for themselves into the business.  Since they have all had a hand in a unique approach to fame and success, their industry-savvy advice to females just starting out provided some across-the-board insights into how to survive and thrive in the music business.

The Importance of Team Building

It’s incredibly difficult as an artist to dedicate yourself to your craft if you’re constantly building marketing campaigns, working on your website and dealing with bookings.  For many new artists, the language of the business side itself is foreign and takes time to learn.  Venturing out on one’s own in the music world can often lead to costly mistakes.  This is why the most successful artists employ a team of talented, driven professionals to handle (or at least help with) the business side of their music career.

For Classical Soul artist Shaprece, success touring and playing shows led to the loss of her “day job” a lot quicker than she expected.  She went from working full-time and pouring every dollar she made into her music to suddenly being forced to rely only on her music career – the very thing that was currently absorbing her salary – as her source of income.

Looking back now, she says that it was probably the biggest learning lesson of her career.  She spent the next two years touring and hustling as hard as she could in order to stay afloat, which ended up pushing back the release of the album she’d been working so hard to finish.  The experience led to her now splitting her time between her home in Seattle and industry hub Los Angeles; she notes that it just makes more sense at this point in her career to have more access to the business side of her music, and L.A. is where the largest concentration of talent on her coast resides.  In short, L.A. could provide her with her dream team.

Wild Child, darlings of the Austin music scene, rely heavily upon the team they have built to keep their momentum going.  As natural creative types, co-fronts Kelsey Wilson and Alexander Beggins just naturally balk at the idea of marketing themselves.  While they love the music making aspect of the world they’re in, even the art of stage performance initially eluded them.

Now, with the assistance of a dedicated manager, booking agent and full team of masters of their own crafts, they are able to spend more than half their time actually touring behind the music they’re creating, and the remaining time is their own to actually go about the creation process.

Essentially, the right team makes it possible for a band or artist to actually focus on the music side of the music business – which is most say why they got into the crazy world in the first place.

Making the Most of Your Mentors

For fiddling trio The Quebe Sisters, it took the right mentor to finally open the right door.  When asked how they were able to market themselves before they were old enough to understand the concept of marketing (eldest Grace was only twelve years old when they started playing fiddle), they take a collective pause and consider how much they accomplished before most of us graduated high school.  They have met and played with the likes of Ricky Skaggs, Merle Haggard and Willie Nelson.  They have toured Russia.  At SXSW, they shared the stage with country legend George Strait. They count some of their earliest musical heroes as mentors now.  And they are all still in their twenties.

Finding their way through the business side of the music industry has involved a lot of trial and error.  However, a willingness to fail, combined with the resolve to always get back up again, has kept their career momentum moving forward for more than a decade now.  Along the way, access to mentors who taught them how to make the most of these experiences has been crucial to their forward momentum.  If it weren’t for their introduction to Ricky Skaggs, for example, they may still be an acoustic fiddling trio.  After a teacher introduced the ladies to the Texas legend, he suggested they try singing together – a decision that had an incalculable impact on their catapult to stardom.

Surround Yourself with Powerful Women (and Become One!)

As humans, we are prone to absorb the world around us – it’s how we learn to speak, to interact with each other — and essentially, it shapes who we become over time.  The same notion applies to the creation of art, your image or your career.  So by surrounding yourself with powerful, driven, talented women, there is a natural and instinctual drive to absorb some of that power.

Soul singer Shaprece recently spent a week with other creative, powerful, like-minded women at a writing camp and tells us that it turned out to be more than inspirational —  it was necessary.  “I didn’t even know I was lacking that in my life ‘til I went there, and now I crave it; I crave being around powerful women I can learn from.”

For reggae singer Irie Love, holding regular meetings with other powerful females to discuss how to keep the momentum of female empowerment going has been of great value. In the spirit of paying it forward, she has even begun several mentoring programs to help guide, educate and empower the next generation of singers, artist and world-changers. More than just an outreach program, Irie says they (the youth) “inspire me to be the higher me.”

Be a Pioneer (and Preserve your Vision)

It’s an undeniable goal of most artists to be signed to a major label.  Not only does this help get your music played and heard, but it takes some of the hassle of marketing, distribution and brand creation off your hands.  However, there is a term many labels use when signing new artists that can take the wind right out of a musician’s sails — “commercial viability.”

For Canadian electro-pop trio For Esme, the loss of creative control over their music has been cause enough for pause that they have thus far maintained a DIY approach to creation and distribution.  Despite major label interest, lead singer Martha Meredith is not ready to cede control of her artistic direction just yet.  While she admits the DIY approach is often a thankless labor of love, she feels that For Esme is creating music, videos and live shows that are exactly as she envisioned them – and that makes the work worth it.

Seattle-based soul singer Shaprece also remains unsigned, despite her upcoming album COALS receiving tons of positive listener feedback and a healthy dose of media buzz.  A project two-and-a-half years in the making, she says her main concern remains the creative control.  This is her most ambitious project to date, and as such, she has been very cautious and very strategic about its release.  “It’s not just for me”