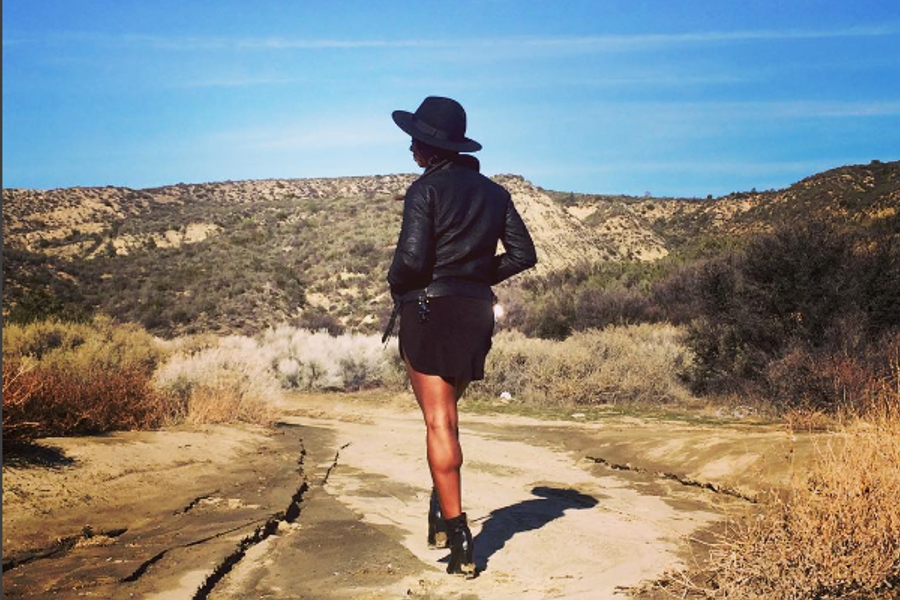 When it comes to molding and shaping your career as an artist, there are myriad ways to go about it – in fact, no matter how sure you are about where you want to end up, how you get there is a question with limitless possibilities.

However, for women, there haven’t always been so many options.  But that is changing, and there are now more ways than ever for female artists to make music, shape their image, distribute their art and define the path that gets them there.

Some of these fearless females were kind enough to share their journeys with SharpHeels during the SXSW Music Festival, and the following four in particular are on track to redefine the way women manage their music careers going forward.

Irie LoveReggae singer Irie Love is an empire in and of herself: she has had a successful solo singing career for more than a decade, touring the world on the merit of her own vocal chops, and has provided backing vocals for superstars like Pink and Chaka Khan.  Her music has been featured on several successful compilation albums.

Next, she is tackling the world of travel television.  While some artists might worry about the time a far-reaching project would take away from their music career, Irie Love knows the huge impact that marketing yourself has on your level of success. In fact, she spent seven years touring before she ever put out her first album, just to gain experience and get her name out there.

“We’re so conditioned to find a box and fit into it,” she notes “and I’m not into that!”  This attitude is clear in more than just her music.  In addition to having an eclectic, reggae-fueled sound and an image that is uniquely her own, she has taken on the guidance and education of the next generation with her “Empower the Youth” program.  She also dedicates time to an organization in Hawaii whose goal is to preserve the long-standing culture of her island home.  She embodies the spirt of philanthropy while self-managing the multi-branched business that is Irie Love.

“For some people, there’s this moment – like the cracking of an egg — that opens you up, and you really start living your life” she tells us.  “I’m gonna use my music to break people’s minds open, and to lift them up.”  Her hope is that she can be a catalyst for that “crack” in other young female artists, and empower them to be whatever it is they want to be – simply because as she has learned in her own journey through the music business, hard work and a dedication to what you believe are the keys to creating the future you want for yourself.

The Quebe SistersFor the trio The Quebe Sisters, success initially came as a bit of a surprise.  Fiddling lessons led to competitions, competitions took them on the road — and competition travel ended up landing them paying gigs.  When asked how a trio of pre-teen girls was able to market themselves before they were aware of the concept of marketing, the sisters ponder the question. “Something that was really helpful to our music career is that there is no one that is doing what we’re doing” youngest sister Hulda points out in response.

This factor of “being unique” is., paradoxically, one of the most common qualities that exists among successful artists, along with the notion of knowing your strengths and weaknesses. While for many sisters the idea of having a workable, cohesive business relationship with each other is enough to induce a minor panic attack, the Quebes (the name rhymes with “maybe”) appreciate what each of them brings to the table.  They make it their goal to utilize the unique strengths that each of them naturally possess.

For example, Grace has become their informal stylist.  She has a natural flair for fashion, and the other sisters have learned to trust her instincts when it comes to it. On the business side of things, Hulda has a natural affinity for marketing, and spends her free time learning as much about the commercial realm in music as possible.  Middle sister Sophia is a constant musical tinkerer, and often sends her sisters ideas late into the night.  So long before they had a team to handle these things for them, it was invaluable to be able to rely on their individual strengths in the pursuit of mutual success.

And now, for the first time since they started, the girls are completely in control of their future, both artistically and on the industry side.  “Staying true to what you want to do creatively is the most important aspect,” Sophia says, with which Grace and Hulda agree.  At the end of the day, this commitment to integrity and authenticity is a large part of what makes them so captivating on stage. Well, that and unmatched three-part harmonies…!

Shaprece“I have never felt more comfortable with myself than I do right now” Shaprece says after her panel discussion at the SXSW Music Conference.  As we converse, we touch on the changing role of women in society, and the subsequent effect this shift is having on women in music. And on that score, she notes that for the first time, women are being encouraged to embrace their uniqueness.  It’s a notion that she is happy to incorporate into her musical business plan.

Her upcoming album COALS, a project two and a half years in the making, is her most ambitious and eclectic work to date.  For the debut of this labor of love, she knew she had to do something special, something people wouldn’t soon forget. What she came up with is nothing short of spectacular. To introduce her album to the world, Shaprece worked with the Seattle Symphony to learn and then perform the album in its entirety before a live audience.  “That was the most spiritual moment of my life so far,” she says.  As an artist who prides herself on not conforming to any particular label or sound box that the industry wants her to fit into, it was an ideal career move for her.

When we discuss her path to success in the music business, she admits there have been sacrifices along the way.  Currently, she is splitting her time between the comfort of her hometown Seattle and the chaotic and foreign industry hub of Los Angeles.  She felt this was necessary because as an artist who remains independent of any label ties, she had to put herself in a position where she had access to more industry insiders: i.e. the producers, executives and distributors experienced in launching and properly releasing an album. While she is admittedly homesick at times, she also knows that her willingness to make sacrifices in the name of her craft is one of the qualities that has made her such a success so far.

For EsmeMartha Meredith, the lead singer of For Esme, has become a DIY guru.  Like so many other talented artists, she has resisted interest from major labels in favor of the preservation of her artistic integrity.  “They wanted to make our record more commercially viable,” she tells us, “and I just felt super-uncomfortable with that.”  Staying independent can be a double-edged sword though.  The more success that For Esme has, the more time she spends managing schedules, sending emails and handling the booking and business side of things, and the less time she has to spend actually creating music.

“The industry side and the creative side are so different,” she muses as we sit on a patio on Sixth Street  discussing how her career has brought her all the way from Canada to her first trip to Texas.  While she hates the idea of marketing herself (a common theme among artists), she is also aware of the contribution that the image and brand that she unintentionally built for herself has had on the band’s success.  Her current struggle is in finding a balance between doing what has proven successful previously, and doing what feels authentic now.

As an artist and role model, Martha is still growing into her fame.  Moving forward, she is seeking a balance not just in her career, but in her songwriting.  As is happening with so many other female musicians, the current climate of female empowerment is seeping into her creative vision.  She points out that in many of today’s most-played pop songs, the lyricism simply doesn’t go that deep.  And while she loves to make songs that people want to dance to, it has become increasingly important to her to write songs that deliver a powerful message as well.  Because in the end, while success in the music business is at the top of her goal list, preserving her artistic integrity still sits just a notch above.