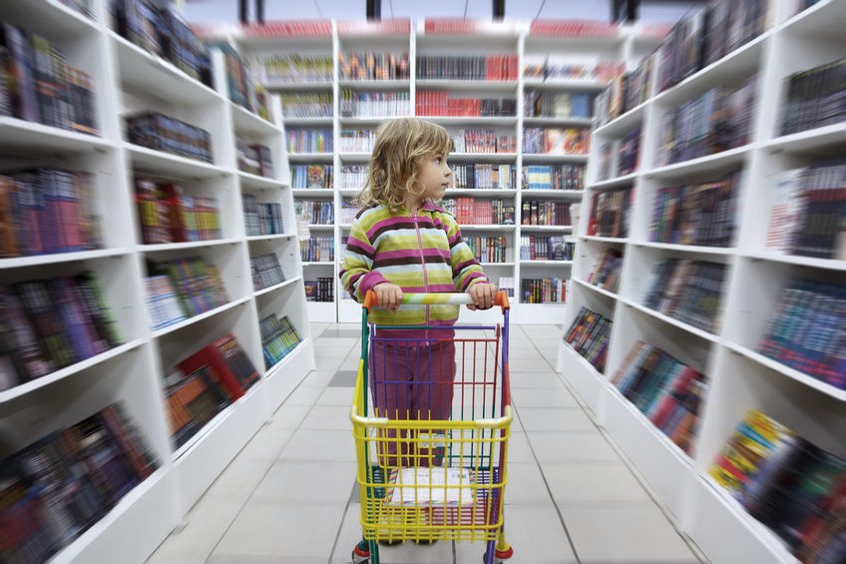 I was recently listening to one of my favorite speakers, and she mentioned an article she’d seen with a list of the most-read books of the last fifty years. The rankings were based on the total number of books sold, and the top two best-selling books weren’t a surprise.  The Holy Bible took the top spot, and Chinese Communist Mao Tse-tung’s work was at number two.   These rankings made sense: millions of Christians around the world consider the Bible to be the inspired Word of God, and Chinese publishers had a goal of distributing Mao Tse-tung’s book to 99% of the population of China in the 1960s.

However, it was the third best-selling book of the last fifty years that caught my attention: the  Harry Potter series.  I found this surprising in many ways.  First of all, the first Harry Potter book wasn’t released until the last fifteen years of the survey’s time period.  Therefore, it had less than one-third of the time that the other publications did to reach its ranking.

More surprising than that, Harry Potter is a children’s series!  Its target audience is a set age, and that target audience doesn’t have discretionary income to spend on books like adults do.   Certainly marketing can boost book sales, as well as big-budget movie adaptations, but, still, 400 million copies of these books have been sold!  That’s bigger than an effective sales strategy, that’s a phenomenon.

This got me thinking about other children’s books, and the passion we have for them.  What is it about Harry Potter and other popular books for kids that strike a chord in us as adults?  What can we learn from literature aimed at kids, and why is it important?  Here are a few lessons from some of the best:

Giggling Lights the Spirits  Being an adult is hard.  It’s a lot of work to grow your career, pour into your family, develop friendships, and be a responsible member of society. Things go wrong sometimes, other people are hurtful, and you get run down.

Children’s books bring back an innocence that we often miss out on as adults.  One great example can be found in author Mo Willems, who writes silly, clever books.  In Goldilocks and the Three Dinosaurs, Willems takes a fresh look at a classic fairy tale, and the end result is a funny but insightful story.  One is the book’s best lines is, “If you ever find yourself in the wrong story, leave.”  That’s great advice, no matter how old you are.

If you are ever feeling down, take the time to read BJ Novak’s Book With No Pictures to a child.  Even the most serious kid will be tickled by this story, and the laughter is contagious.  Novak himself read the book to a group of kids (here), and the resulting giggles are priceless.

Real Princesses are Smart & Brave  Most of us grew up with fairy tales like Snow White and Cinderella.  These stories are sweet and the respective princesses are beautiful, but as adult women, it can be discouraging to read them or watch the movies: if you think about it, the princesses we grew up hoping to emulate actually spend their time in difficult family situations, essentially waiting for a prince to come in and save the day.

Fortunately, today’s fairy tale princesses are anything but passive.  Disney movies bear this out: Tiana in Disney’s Princess and the Frog is a hard-working lady with dreams and goals when she meets her prince. Tangled’s Rapunzel bravely sacrifices herself to save Flynn Rider, and Frozen focuses far more on the sisterly love of Elsa and Anna than any prince.  In fact, one of the prince characters turns out to be the bad guy!

British author Lauren Child captures this modern-day princess character perfectly in her adaption of The Princess and the Pea.  The book begins with the prince searching for a princess who is “mesmerizing and fascinating,” not a partner based only on looks. His parents, the king and queen, note that a real princess has impeccable manners, and the heroine of the story proves to be bright, kind, and gracious.  Lauren Child notes that the princess isn’t bad to look at, but much more attention is given to her great personality than to her beauty.

This lesson is a valuable one about where we spend our time developing ourselves.  Growing our personalities and focusing how we treat other people will ultimately be more satisfying than focusing only on how we look.

Strong Girls Save the DayJK Rowling created several strong female characters in her Harry Potter series, particularly in Hermione Granger.  Harry notes that she is the brightest person in their class multiple times, and her quick thinking saves Harry from danger on several occasions.  As Harry and Ron grow up, Hermione is also able to provide insight and empathy in their friendship, in a uniquely female way.

Bellatrix Lestrange is one of the most evil yet powerful people in the series, killing Harry’s godfather Sirius Black. However, Bellatrix meets her match, and ultimately her demise, in matriarch Molly Weasley.  Molly’s victory over Bellatrix finishes a battle no man was able to win, and provides a satisfying symbolic moment about the fierceness and power of a mother’s love.

Finally, Harry Potter’s friend (and later, wife) Ginny Weasley is shown as a strong character in her own right.  As she grows up, she becomes a force to be reckoned with.  Her older brother George says that she’s proof that size is no guarantee of power, and that even though she’s small, her hexes are strong.  She also proves that she’s gutsy by joining Harry in battles at the Ministry of Magic and Hogwarts.

It’s important to remember that we are strong women, and that we should show our strengths at every opportunity.  We may never know who we are inspiring.

Being Different Isn’t a Bad ThingDr. Seuss’s books are filled with nuggets of wisdom, but one of his best stories is One Fish Two Fish Red Fish Blue Fish.   The book has pictures of fish of different colors, with different feelings and speeds of swimming.  The book celebrates that none of them are exactly like another on the outside or the inside, which is such an important lesson for us all to remember.

Lois Lowry’s award winning book The Giver also celebrates diversity in a tale geared toward older children.  Her main character, Jonas, lives in a utopian world where all individuality has been removed to create an atmosphere of conformity.  This “utopia” is anything but idyllic, and it’s up to Jonah to prove this.  The story shows that our differences are to be celebrated, and that our uniqueness is what makes the world beautiful.

In Nora Ephron’s classic movie You’ve Got Mail, Meg Ryan’s character Kathleen Kelly says, “When you read a book as a child, it becomes a part of your identity in a way that no other reading in your whole life does.”  This is true!  For every children’s book mentioned here, there are hundreds of others that are full of wisdom, humor, and creativity.  Even as adults, reading this type of literature can be valuable and entertaining.

The next time you are shopping in a bookstore or browsing in your local library, take a few minutes to scan the children’s section.  You may be surprised at the great books you’ll find there.