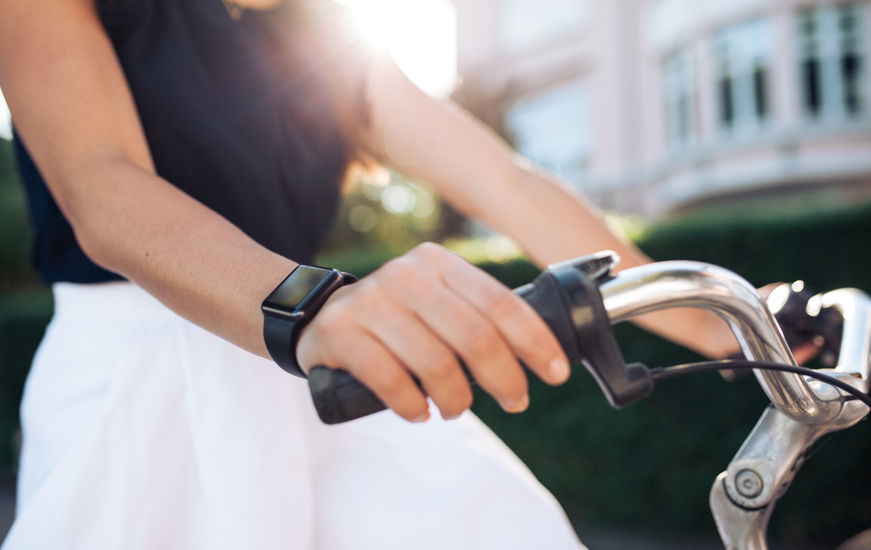 The Rise of the Chic Smartwatch, Complete with a New Array of Features and Tools

These days, wearable technology is taking on different forms and serving many functions. For instance, fitness trackers worn on the chest or wrist or embedded in athletic shoes keep you moving by counting your steps towards that bikini body or healthy heart; knitted winter caps with Bluetooth systems and solar panels let us communicate, listen to podcasts, stay warm, and keep our phones charged.

One of the biggest trends in wearable tech, however, is the smartwatch, that device that reminds you of an appointment, alerts you to a phone call, and lets you respond to a text message or check the weather — all from your wrist. (Oh, and they also tell time!)

A smartwatches is the kind of wearable technology that is slowly becoming an all-in-one accessory while being fashionably trendy. People who live for technology are not just tech nerds anymore! Welcome to the age where it is stylish to wear technology.

Years ago, wearable technology trends served specific functions, mostly providing some type of communication. One of the oldest wearable tech devices was the wireless pager (aka a beeper), the first of which was patented in 1950; by the 1990s, more than 2.9 million people carried beepers. Then, in the early 2000s came the Bluetooth headset. Though these devices may seem like bulky space gear by today’s standards, the revolutionary Bluetooth headset allowed you to use telephone technology wirelessly. While this was all the rage then, wearing Bluetooth headsets today hasn’t quite reached vintage cool status! Times have changed and wearable technology now has a fashion cachet, nowhere more so than with smartwatches.

Today’s Smartwatch: A New Spin on the Phrase “Virtual Assistant”

We all know that most people are very dependent on their cell phones for many reasons: meeting reminders, emails, text messages, directions, phone calls, etc. However, reaching in your purse or pocket is not always convenient, and not even legal when driving in certain states (e.g. California).

Therefore, companies like Apple, Pebble, Samsung, and Motorola offer smartwatches that effectively allow you to keep you phone in your purse but stay connected to your phone — it’s like your own personal assistant on your arm!

While wearable technology can help you stay connected and be efficient, not all of the watches work with all operating systems. Apple watches are proprietary to iPhones; Samsung watches work only with Android phones; and Pebble and newer Motorola watches work with both. Regardless, each smartwatch offers varying designs, with different shapes, sizes, and colors and a variety of easily changeable metal and leather bands.

An example of how technology and fashion are becoming integrated in the development of wearable devices could be seen at the 2014 Dreamforce conference in San Francisco, where the buzz was a new device created by recording artist and entrepreneur will.i.am.

Wanting to offer a new spin on wearable technology, will.i.am created PULS, a wearable “smartcuff” meant to replace smartwatches and cell phones. During his presentation and demo of the smartcuff, will.i.am treated the audience to a runway show of models wearing clothes that can charge or power the smartcuff, as well as fashion bags that communicate with the device.

While his PULS smartcuff had features similar to the smartwatch, will.i.am’s mantra throughout the presentation was “don’t call it a watch.” Not only was the smartcuff meant to stand alone without a phone because it included its own SIM card for cellular/digital communications, but it could also keep you organized, play your music, make and answer phone calls, send and receive texts, and so much more. On top of that, it looked like a fashion accessory instead of the traditional watch style, and in general the wearable technology clothes will.i.am designed were fashionable and trendy while having comfort in mind.

Currently, this concept has not caught on elsewhere in the U.S., but the innovation is still evolving and the design demonstrates what is possible. Recently, will.i.am improved on this technology and released the dial — a voice-activated smartwatch currently available in the U.K., with no release date as of yet in the States.

The Future: The Jetsons and Fashion Collide

With regards to wearable technology, it’s like we are turning into the Jetsons in so many ways, but maybe in a more fashion-trending way. Wearable technology design is constantly changing; as soon as a new device is released, a competitor with more advanced features and a sleeker look is set for release soon after. Smartwatches are always advancing, and will continue to do so for years, perhaps until they are no longer called smartwatches. And, based on what has come out in the last few years, consumers will likely see technology and fashion influence one another even more, creating digital tools that you can slip on,  admire in the mirror, and know that they will likely simplify and streamline your life.