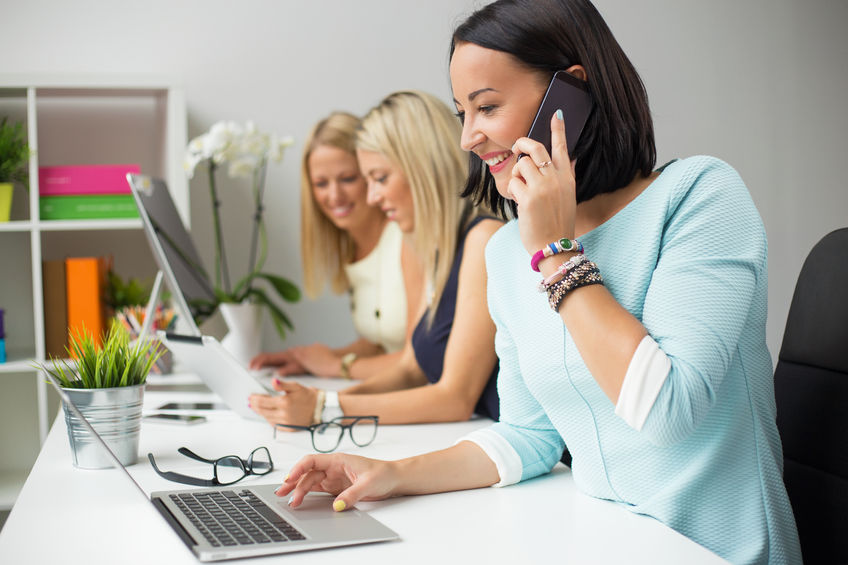 Achieving success is simple, but not easy. You may have the best of intentions to accomplish a laundry list of tasks when you step into the office every day. Before you know it, multiple emails and phone calls later, your day has just kind of “happened” to you.

An average-performing woman wakes up as late as possible, hits snooze a few times, grabs her cell phone, and immediately starts sifting through emails, IMs, texts, etc. She rushes to get ready, skipping breakfast while thinking about the latest fire that needs to be extinguished on the way to the office. When she arrives at work, she is in full-on reaction mode.

Before she knows it, it’s time for a staff meeting, then on to a conference call, and after that, a networking lunch. The afternoon is just as much of a blur as the morning. On her way home from work, the average-performing woman is feeling overwhelmed and empty, wondering what she has actually accomplished that day that made a difference.

In a former career, I was a graduate gemologist. Every day, I used something called the 4 Cs to explain the rarity and value of diamonds and gemstones. The 4 Cs of diamonds were conveyed using a pyramid shape, with each side representing one of the Cs: cut, color, clarity, and carat weight.

High-achieving women are rare and valuable like diamonds. The pyramid shape used to express the rarity and value of a diamond can also represent the structure of an organization and the corresponding value of its people.

At the bottom of the pyramid are the rank and file employees. These employees make up the majority of a company’s workforce. Individually, they add value in small increments, but they typically have the largest value in terms of cumulative volume.

As you go up the pyramid, the size of the workforce becomes smaller as the level of complexity and responsibility of the people in the corresponding positions increases. Referred to as middle management, the value or impact of their work in the organization is higher when compared to that of the rank and file.

The very top of the pyramid represents the fewest number of people and the exponentially higher value they bring to the organization. These are the upper managers, executives, and C-suite players who hold the highest decision-making responsibility. The more complex the decision, the more value it can add to the organization. Thus, the more valuable their skills and the more success they can potentially enjoy.

What is it that successful, high-achieving women do differently that increases the value they add to their organizations and, ultimately, their level of success?

Action: Reflect on your work life. Do you really care about what you’re doing, how you’re doing it, and who it’s affecting?

ClarityHigh-achieving women have a crystal-clear vision of what they are working toward. They know, in great detail, what they want to achieve. They have visualized it in Technicolor and can hear the accompanying sounds of success. They feel the tactility of their vision and smell the scents associated with it. They engage all their senses to fully imagine what they are working toward, and then write down their vision with words that describe it in rich detail.

Action: Engage all your senses and get really clear on what your vision of success is, and then write it down in fabulous detail.

CommitmentSuccessful, high-achieving women have an unwavering commitment to attaining their vision. They don’t get caught up in distractions, excuses, or other people’s issues. They act from a place of purpose–intrinsic motivation far more powerful than the surface challenges average people react to. High-achieving women don’t let their day happen to them; instead, they take purposeful, intentional action every single day, even when they don’t feel like it. Especially when they don’t feel like it, because they are committed to achieving their vision, no matter what.

Action: Determine your level of commitment to achieving your goal and, more importantly, why you want to achieve it.

ConsistencyConsistent action is the glue that holds a high-achieving woman together. Without consistent action and effective habits, care, clarity, and commitment are easily discarded, and visions become faded dreams.

High-achieving women understand that implementing systems and processes (also known as rituals, schedules, and habits) increase the rate at which they will achieve their desired success. Consistent habits eliminate the need for motivation and inspiration.

Action: Identify three actions you can engage in this week to start moving toward achieving your vision.

If you are a diamond in the rough, an average performing woman, you have the potential to be a highly polished and valuable gem, if you choose to be. High-achieving, successful women don’t start out at the top of the pyramid. They start at the bottom, just like everyone else, but they choose to rise above the average performer and increase their value by caring about their work, having a crystal-clear vision and an unwavering commitment, and taking purposeful, consistent action, every single day.