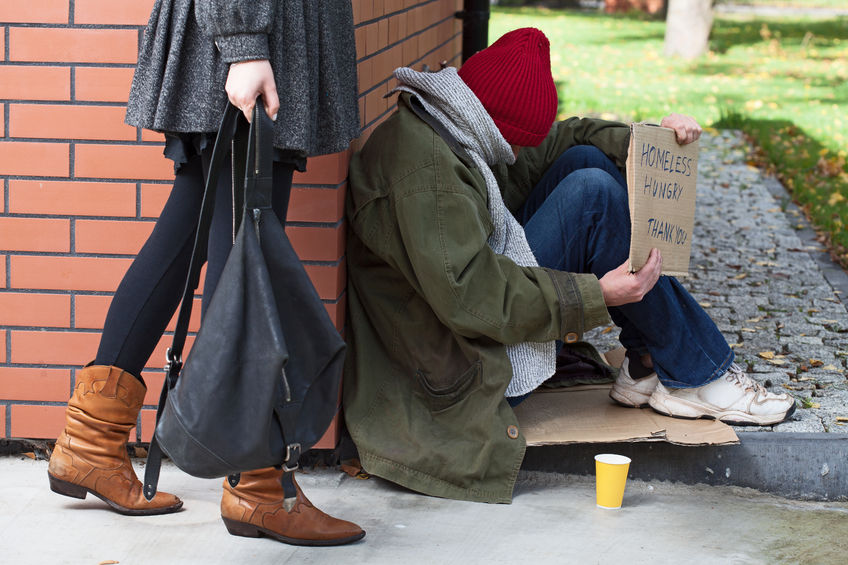 Living in Baltimore, I see homelessness on a daily basis. Whether I see people asking for change at the bus stop, sleeping on park benches in the neighborhood, or lining up for the soup kitchen down the street, I’m constantly reminded of this issue. Homelessness impacts almost every major city in the United States, and while each year the federal government allocates funds to housing and homelessness programs, the current administration is proposing widespread cuts that would greatly impact the funding of these programs. On any given night in 2016, over 500,000 people were without homes, and close to 25 percent of them were children. These statistics combined with the proposed reductions in federal funding are incredibly alarming. However, after attending the SXSW Conference this year, I heard inspiring stories and discovered new innovations that have shown me that we can now combat the problem of homelessness in an economical and sustainable way while embracing each other in our communities and allowing all of us to thrive.

Many people believe that providing basic shelters is an easy solution for the homeless population, but they don’t realize that this approach is only a band-aid over a much larger issue. Many homeless shelters are temporary or are open only in “emergency” conditions during the winter months, leaving people on the streets more often than not. Most homeless people don’t have an address to list on official forms or a guaranteed bed every night. However, if we can get our homeless population off the streets and into permanent housing, we can grow our communities and foster a circle of help.

An organization in Austin, Texas, called Mobile Loaves & Fishes recently built a 27-acre community dedicated to ending homelessness and providing job and community support to get homeless folks back on their feet. Using a mix of RVs and tiny houses, they are able to provide permanent addresses for the homeless population of Austin. This allows access to many key aspects of life that require a physical address, as well as having a consistent place to sleep and a roof over their heads. Without a permanent address, it is difficult to obtain a valid id or driver’s license, healthcare, a job, and many other necessities. Not only does the community provide housing, but it also offers job opportunities in the neighborhood. Within the walkable community, residents have an organic garden, a bed and breakfast, a movie theater, an art studio, a blacksmithing shop, and a medical facility, among other things. Initially, the program was met with fear and uncertainty from the surrounding area in the all-too-familiar rhetoric of “not in my backyard.” Many people across the country believe that bringing the homeless (or formerly homeless) into a neighborhood may also bring crime. However, through the amenities and the way the creators spoke about the program, they were able to show people that this is something that is not only necessary to have but something one should want in his or her backyard. Instead of viewing it as a homeless shelter, they see it as a new community of neighbors and friends. Now the community is thriving, hosting outdoor movies in the summer, workshops and lectures from some of the most talented blacksmiths in the world, and above all, bringing together all members of the community.

While housing is a key part of combating homelessness, food and water are also just as important. Texas has a moderate-to-warm climate for the majority of the year, making it relatively easy to farm outdoors for many months, but not every major city is as lucky. Cities like Baltimore, Detroit, and New York suffer from cold winter temperatures, limiting the amount of outdoor farming that is possible. This is where new innovative technology can assist. I was fortunate enough to stumble upon a shipping container farming system created by Local Roots Farms in the trade show at SXSW. A quick search online reveals they are not the only ones invested in building this growing technology. Climate-controlled shipping containers, potentially even ones that run off the grid using solar power and water tanks, can be an invaluable tool for the northern regions of the U.S. Local Roots Farms is in the process of creating self-sustainable indoor grow houses outfitted inside 18-wheeler containers. Each container will be able to hold five acres of produce, eventually run on solar power, and take up a smaller footprint which would potentially make this an ideal solution for cities.

My first thought when I toured one of their growing containers was that this could become an invaluable resource in food deserts often found in the lower income parts of cities. If indoor farming containers such as this were placed on abandoned lots with tiny houses, they would not only provide resources to the surrounding neighborhood but would also provide housing and a full-time job growing produce to some in the homeless population.

Consider this possibility: Where dilapidated and abandoned buildings currently stand neglected in cities, we could house three times as many folks in tiny houses, getting them off the streets and taking the first step toward getting back on their feet. They could feed themselves, their families, and their neighbors through an indoor farming container they maintain for their own community. Through inventive technologies, new ways of thinking, and community empowerment, we can change the outlook of our most overlooked population. Instead of feeling saddened by what we see around us, we can feel proud of the change we can bring to those who need it most.

It’s worth stating here, though, that while these types of options are a great start in assisting the homeless population and bringing a community together as one, this is not a complete solution to the problem at hand. I do not intend to say that if we build tiny houses, we will solve all of the problems that the homeless population face. They are some of the most forgotten people in our country. They have suffered; they are victims of abuse, addiction, trauma, violence, and other problems that many of us have been fortunate enough not to encounter in our lives. However, I do believe that the first step in helping them to overcome the obstacles they face is providing a sense of community, of belonging, of safety and security. Instead of wondering if they will be able to find enough money for food or an overpass to sleep under, they know they can go to a place called home. They know they can eat, work a job nearby, and have basic necessities again. This builds the foundation for helping them tackle the larger issues that may have landed them on the streets in the first place. It allows them to get help and, hopefully in turn, help others, too.

Written by Jen AranyiI am a graphic designer, illustrator, and artist living in Baltimore, MD and working in Washington, D.C.