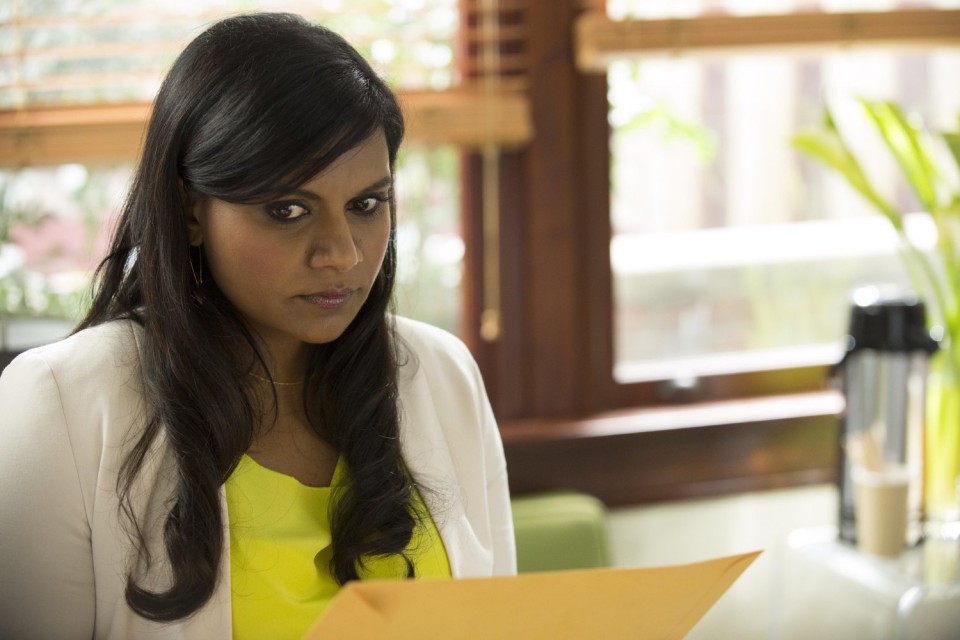 5 Things We Can All Learn from the Actress and Comedian

Mindy Kaling is a great American success story with a fascinating background. She grew up in Massachusetts as the daughter of immigrant parents and earned an Ivy League degree at Dartmouth. Shortly after graduating, she wrote an off-Broadway show with her best friend, Brenda, and their play was a surprise hit at several festivals. Her off-Broadway success caught the eye of Greg Daniels, a producer for “The Office.” After meeting with her, Greg hired Mindy as a staff writer for “The Office,” and she moved out to Los Angeles when she was just 24 years old to join the show as a staff writer.

Since then, she’s earned Emmy nominations, starred in blockbuster movies, and currently runs her own show, “The Mindy Project.” Mindy is brilliant, hilarious, and approachable, even though she has achieved tremendous success in a short period of time.  Here are a few insights into Mindy Kaling and the lessons we can learn from her.

Dress for yourself, not anyone else. Mindy often writes about the unique challenges she experiences working in Hollywood, having a body the size of an average American woman. In her bestselling book, “Is Everyone Hanging Out Without Me?”, she describes arriving at a photo shoot for People Magazine’s Most Beautiful edition, and being mortified to find a rack full of size 0 clothing. None of the pieces pulled for her fit her curvy body; the only option that came close was an unflattering navy dress that didn’t reflect her style or exuberant personality. After experiencing an initial wave of emotion, Mindy insisted on wearing a beautiful bright pink gown that the stylist modified by adding fabric in the back. Instead of being forced into Hollywood’s standards of size and style, Mindy found a way to be herself while feeling comfortable.

Mindy also uses every opportunity to dress in fun, beautifully tailored clothes on her show. In fact, “The Mindy Project” recently received an Emmy nomination for Best Costume Design, due in no small part to her signature style. Blogs have been created to celebrate the way she mixes colors and patterns and showcases the personality of her character, Mindy Lahiri, in whimsical pajamas, designer dresses, and pretty earrings. Each piece is bright and body conscious to show off her curves.

Most of us aren’t a sample size, so it’s refreshing to see a role model with a perfectly imperfect body on television. Mindy motivates us all with quotes like this one for Teen Vogue: “I feel like I have been able to have a fun career and be an on-camera talent and be someone who has boyfriends and love interests and wears nice clothes and those kinds of things without having to be an emaciated stick. And it is possible to do it. In life, you don’t have to be that way and you can have a great life, a fun life, and a fulfilling love life.”

She also told Variety magazine that she loves to hear the “rules” that exist for dressing her body type, and then to completely ignore them to show everyone who is boss. She must be doing something right—Glamour magazine has featured a list of her top 10 fashions, and there are dozens of Pinterest boards dedicated to her style.

Success isn’t one size fits all. When Mindy moved to LA to work as a writer on “The Office,” she was the only woman on a writing staff of eight. She was also younger and less experienced than almost anyone else on the staff, but she didn’t let that stop her. She worked hard, learned from those around her, and leveraged her talent as the staff grew. She went on to produce and direct episodes of “The Office,” and was nominated for an Emmy for an episode she co-wrote. She’s starred in hit movies, including “Despicable Me,” “Insight Out,” and “Wreck-It-Ralph.” She’s written two best-selling books, not to mention creating and starring in her own television series. She’s a mega-successful woman in an industry of leaders who look nothing like her, and she’s not even 40.

Maybe you’re the only woman in an office full of men, or the only woman of color on your team. No matter what it is that makes you physically different from others, don’t be afraid to be yourself, or to celebrate your differences. Mindy openly acknowledges the double standards that exist in the entertainment industry for minority women, but has never let that hold her back. Never forget that you are bringing something special to the table, and when you contribute to a diverse room, the end product will be better and more inclusive.

Hard work leads to confidence. People have asked Mindy what the secret to her confidence is, and she credits her excellent work ethic.

In her bestseller “Why Not Me?”, Mindy asserts that hard work creates confidence, and that we do our gender a disservice by not emphasizing this. Mindy says, “A general assumption about confidence is that women, particularly young women, will have very little of it, and girls will have zero of it. Just the attitude alone makes me sad: ‘We have to help our girls and teach them to be confident.’ Well, guess what, young girls. You aren’t damsels in distress. You aren’t hostages to the words of your peers. You aren’t the victims that even your well-meaning teachers and advocates think you are.”

Mindy spent her childhood watching her immigrant parents commute long distances and work very hard to provide for their kids. She jokes that her mom dismissed the concept of “me time” and had little patience for schools handing out participation ribbons to kids who didn’t work hard. It would have been easier for Mindy to run from challenges and not consider opportunities that required her to stretch herself. But, because of her work ethic, she’s been able to star in hit movies, write bestsellers, and run her own television show. Mindy says that you earn confidence by working hard and not getting distracted by the opinions of others who don’t want the best for you, which is a great point for all of us to remember.

Best friends matter. Mindy has written a lot about her friends, and notes that she believes that best friends are a tier of people, not a single person. In 2003, she wrote a play called “Matt and Ben” with her best friend, Brenda. They acted in their show, and it was an instant success that led to her getting hired as a staff writer for “The Office.” She often tweets her best friend of over 10 years, Jocelyn, and says that she remains close friends with those she knew before she became famous.

Mindy has given her friends so much thought that her bestselling books have chapters with titles like Best Friend Rights and Responsibilities, in which she describes how she will take care of her best friend when she is sick, and always is 100% honest (but gentle) when giving feedback. Her best friend (and onetime boyfriend), BJ Novak, is a guest star on her show, and she describes how much he has taught her through the years.

As a showrunner, bestselling author, and actress, Mindy has less spare time than most of us, but we could all follow her lead in investing in our friends.

Life imitates art. If you’re a fan of her sitcom “The Mindy Project,” you know that in a recent episode Mindy joked about Senator Cory Booker coming to a party just to get out of Newark. What you may not know is that, in a made-for-Hollywood twist, the real Senator Cory Booker tweeted the real Mindy Kaling and asked her on a date in Newark. After a bit of clever banter, she said yes!

Only in America could this romantic situation unfold on Twitter, for all of us to see. We can only hope that Mindy wears her best stylish outfit, bonds with Cory Booker over their similar work ethics, and tweets her best friends (and us!) to let us know about her successful first date with Senator Booker.