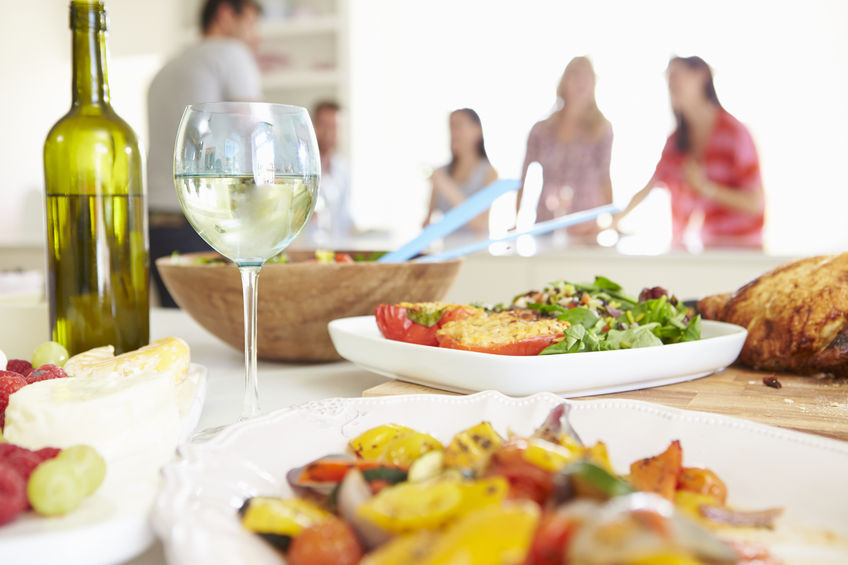 I recently had the honor of attending the SXSW Interactive 2017. As a food blogger and writer myself, it was fascinating to see an entire track dedicated to food. Most sessions focused on farm-to-table initiatives or social media and marketing, but the food technology tracks took it a step further to show the symbiosis of technology, farming, and food media.

The track kicked off with a reception at Techspace Austin. What was especially inspiring about the reception were the number of businesses with female CEOs: out of 13 featured food tech businesses, six were founded by women. From apps to appetizers, these are the female-run businesses that are creating a delicious buzz in the food technology space.

Barnraiser Think: Kickstarter, but for farmers. Farmers create profiles on Barnraiser describing their projects and products, which are then displayed in a Pinterest-style layout on the website. Users can save the entries that interest them and are directly connected to the farms to fund the projects or buy the products. Founder and CEO Eileen Gordon grew up on a family dairy farm in North California. Spending her formative years on a farm showed her just how difficult it can be for farmers, especially those with small farms, to get funding in traditional ways. Using Kickstarter for inspiration, she created a place where farmers can share their stories with the community, creating personal connections with users and encouraging their support.

EvyTea EvyTea is a woman-owned cold brew tea company headquartered in Boston. Founder Evy Chen conceptualized the idea during her time at Emerson College, where she first tried cold brew coffee. She was intrigued by the cold-brew process, which produces a smoother and less bitter coffee, and believed it could be used with tea. Her idea for a high-end tea house concept won first place in the Emerson Experience in Entrepreneurship Expo her junior year (2011). Today, the business has grown from a tasting room in the Jamaica Plain area of the city to a bottled beverage that is starting to gain traction in the Boston market. Chen hopes to expand the business across the nation and beyond in the coming years.

feedfeed Have you ever dreamed of your Instagram page going viral? Julie Resnick took her popular instagram page, @thefeedfeed, and expanded it to a crowd-sourced digital food media company. With a background in digital marketing and a degree from the Institute of Culinary Education, Resnick quickly discovered she could leverage the power of food into a successful business. She was inspired by the variety of fresh ingredients she was using every day and wanted to seek out chefs who were cooking with similar ingredients. With feedfeed, home cooks can tag their high-quality recipe photos with the hashtag #feedfeed. The submissions are then curated and shared via feedfeed according to the categories and trending topics on the site. Users search for recipes based on ingredients, cuisine, trends, and more, benefiting both browsers of the site and chefs looking to promote their recipes. This symbiotic relationship is why feedfeed has seen success so quickly.

Herbal Papaya Dr. Unoma Okorafor was inspired to start Herbal Papaya in 2011 after discovering harsh differences between the fresh papaya she grew up eating in her home country of Nigeria, and the GMO papaya she found while living in the USA. This was especially apparent while she was pregnant, when she wanted to take advantage of the health benefits of fresh papaya. Recognizing the need in the market for this super fruit, she created Herbal Papaya, a line of supplements, extracts, teas, and fresh frozen fruit. The company has a dedication to supporting women–its website states that Herbal Papaya is 100% woman-owned and 10% of profits go to support education for girls in Africa.

NimaMany restaurants across the country now boast gluten-free menus. But how do people with food allergies know whether the food they’re consuming is truly safe? Shireen Yates, who suffers from multiple allergies, was inspired to create a portable food-testing device after graduating from MIT. With Nima, a transportable lab that tests small samples of food for specific allergens, users can take control of their health and safety. The device flashes a smile or a frown, indicating whether the ingredient in question has been detected. Currently, Nima can trace only gluten, but Yates and her team hope to detect other allergens in the future,  such as peanuts, milk, and eggs.

Pull Up A SeatCamille Baker, a millennial, was used to using apps to solve problems in her daily life. So when she was faced with the challenge of finding delicious, home-cooked food, she decided to create an app that would not only give her what she wanted, but also allow home cooks to profit from their talents in the kitchen. The model is similar to a food delivery app, but instead of restaurants, users hire individuals to cook for them. The app lets chefs post their services for free, and members can browse listings by cuisine in their area. Users can sign up as hosts, chefs, or consumers wanting to find a good meal.

As the interdependence of technology, farming, and food media continues, the opportunities for new and innovative ideas, like the ones developed by these six women, are endless.