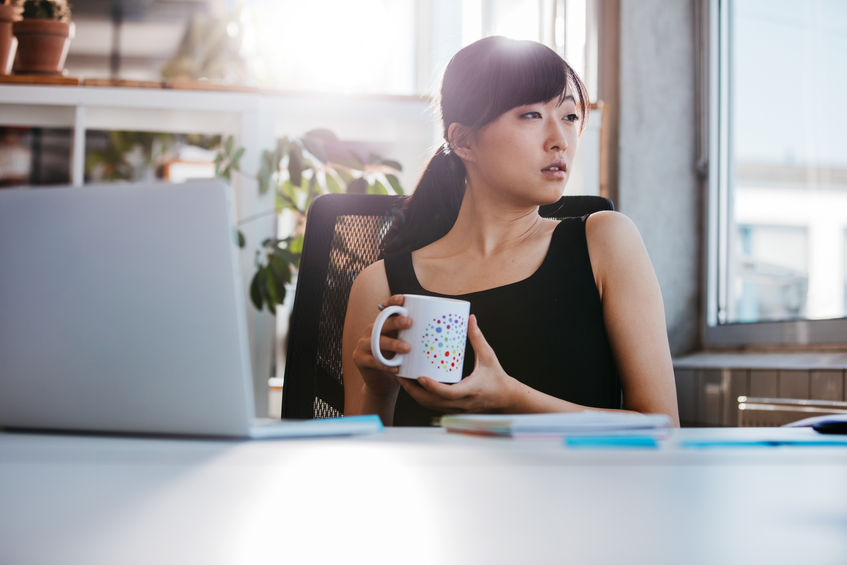 Remember that time in 2013 when Beyoncé dropped her self-titled album on iTunes and no one expected it? Even for a successful artist with a vast fan base, the surprise release was a risk. The album showed up on iTunes (and only on iTunes) in the early hours of the morning, and retailers were barred from offering pre-sales. Some stores even refused to sell CDs after the release, citing preferential treatment of Apple from Sony.

Despite the unfavorable conditions, 600,000 digital copies of Beyoncé were sold in the first week, making it the fastest selling album in iTunes history at the time.

The album’s success is a Harvard case study, for a number of reasons–one of which is a cultural love affair with risk. Many of our beloved TV shows and movies are products of risk-taking, and we’re inundated with stories of successful people who took risks that led them to where they are now. But for entrepreneurs, a group that’s notably enthusiastic about risk-taking, it’s vital to keep in mind that there’s a difference between a calculated risk and an unplanned risk. The former is undertaken after its chance of failure has been evaluated, while the latter is taken at the first sign of opportunity, with little or no thought given to the potential consequences.

While Beyoncé was a surprise for most of the world, Beyoncé and her team spent the better part of 2013 working on nothing else. The benefits of taking the risk, both for her brand and for the experience of her audience, were identified early on, and the partnership with iTunes placed the full album in front of people the moment it was released.

In stark contrast, the recent catastrophe of the Fyre Festival demonstrates how an unplanned risk–in this case, a spur-of-the-moment attempt to transform a deserted island in the Bahamas into a luxury glamping ground in less than a year–can spiral into a bigger problem than anyone anticipated (or, more accurately, didn’t anticipate). Though the infamous Fest is an extreme example, entrepreneurs should use it as an opportunity to self-reflect. Do you take calculated risks, or do you just take risks?

Here are a few questions to ask in order to take the risk out of risk-taking:

What can I expect to lose?It’s easy to identify the potential benefits of a risk. They’re what drew you to consider the risk in the first place. They may include increased revenue, a powerful new business partner, or a wealth of goodwill toward your brand. But ask yourself what happens if it doesn’t work. You may be responsible for a massive purchase that produces slow returns, a change in management that could destabilize your team, or any number of unsustainable time and resource investments. When you identify the loss a risk presents, assume the loss is inevitable and decide whether or not your business can bear it.

Will this risk negatively affect my team?Even if you have a thriving company culture, throwing your employees a curveball that threatens their job stability, sanity, or contentment is a good way to lose valuable talent.

For example, a spur-of-the-moment opportunity to close a contract with a client, as long as everything that client needs is delivered within 48 hours, may look like a win if you’re a CEO who is prepared not to sleep for two days. For the rest of your team, the risk could mean two days of scrambling for resources that don’t exist; working long, unscheduled hours; and answering to furious leadership if the results don’t please the client. Your team might jump on board with one or two situations like this, but repeated demands for miracles will send your miracle workers out the door.

Even if a risk has a quick decision deadline, bring your management team together to get feedback on how your staff could be negatively affected. If the consensus is that the risk is too great, swallow your pride and pass on the opportunity. Chances to build your business come back again and again, but high-performing employees don’t look back once they’re gone.

Why should I take this risk now?On the surface, there is a quick answer to this question: You take the risk now because the opportunity is, well, now. But not every opportunity benefits every company every time, and some seemingly good opportunities become nothing more than burdens to a company that doesn’t need them. There are businesses that have been saved by desperate, last-ditch risks, but others have been hurt by risks taken when the company was still afloat.

Keep in mind dying companies that make miraculous recoveries after taking a risk often do so because they have very little left to lose. In a similar vein, some healthy companies take massive risks to meet customer demands for a product or service to ensure that the company stays relevant. When you’re considering taking a risk, determine if desperate times are calling for desperate measures, or if your company will still be standing if you let the risk pass you by.

Risk is engrained in the life of an entrepreneur, but that doesn’t mean that every risk is worth taking. If you approach risk with a questioning eye and a commitment to protecting your company, you’ll make sound decisions that have a long-lasting, positive effect on your business.