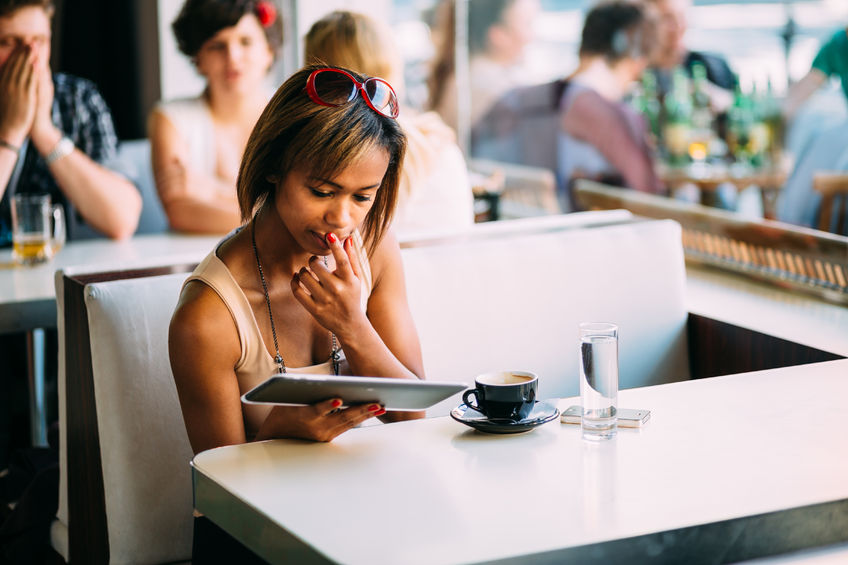 Sam Garcia is a 25-year-old college graduate who is just embarking on her career. Marriage is not on the radar for Garcia or for most of her friends who are also waiting to marry.

“The thought process is more travel, doing things you want to do and careers. A lot of people have tons of opportunities around them, and they kind of just want to explore those,” says Garcia.

Statistics back the fact that more and more young people are choosing to stay single longer. A 2014 Gallup poll found that 68 percent of men and 60 percent of women ages 18-29 identify as single/never married. That’s a huge shift from previous generations and up 13 percent for men and 11 percent for women just in the last decade.

From a financial standpoint, Garcia sees both pros and cons to being single.

“Being married or living with someone [means] you can split rent, but I feel really great about being able to do what I want to do and not feeling like I’m tied down to someone financially, which can, in some cases, be a really big burden.”

That might include taking on someone else’s college debt, for example. Northwestern Mutual Wealth Management Advisor Richard Woo says many people help pay the loans of their spouse, which can sometimes be quite hefty, when they get married.  While there are advantages and disadvantages to every living situation, Woo offers seven tips for people who decide to stay single longer.

1. Protect your income. Your ability to create income is your greatest asset, especially if you have no one else to depend on for salary. Let’s say that you make $50,000 per year, and you work for the next 40 years. Assuming you get no raises along the way, you would have still made $2 million in income.  Most employers will protect only 60 percent of your income with disability income insurance if you get sick or hurt and cannot work. “There are two problems with this,” Woo says. “Most people cannot live on 60 percent of their income (even less after taxes are taken out), let alone save for a house and retirement. The other issue is you can potentially make $2 million in income over your lifetime; protecting only 60 percent of it would, at maximum, protect only $1.2 million of it. That’s like buying a $2 million house, having it burn to the ground and being handed a check for $1.2 million. Supplemental disability income insurance bridges that income gap.”

2. Save for retirement first. Woo says everyone should put at least 10 percent of his or her income toward retirement before making other purchases, such as a house. “You can always borrow money for a home in the future, but you can’t borrow money for your retirement. You don’t want to be house rich but everything else poor.” And when you are ready to buy your first home, Woo advises having enough money to make a 10-20 percent down payment; beyond 20 percent you are only locking up money at the bank.

3. Keep some money liquid. Ages 22-35 are typically when major purchases happen, like a home, a car or an advanced degree. Woo advises younger people to keep three to six months’ worth of cash on hand for emergencies and some of their remaining assets in cash if the goal is three or fewer years away for these types of major investments.

4. Don’t wait to buy life insurance. You might not see a need now but probably will if you have children one day. Buying early has a lot of advantages, including cost and long-term peace of mind. “A half-million-dollar term policy [for someone in his or her 20s who is healthy] will run you about $20 per month,” explains Woo. “Take one less lunch out to eat per month and buy a small life insurance policy. On the off chance that your health changes, you’re going to be extremely grateful that you did. Health concerns and getting older significantly increase the cost of a life insurance.”

5. Think about a wedding fund. You might want to sock a little money away for a possible wedding and honeymoon if you are waiting to marry. “The average wedding minimally costs $20,000, and a honeymoon is probably at least $5,000 to $10,000. If that is an expense you’ll have to cover, then you should certainly set money aside.” If you don’t wind up getting married, you’ll have a nest egg for something else.

6. Consider putting money in a college fund for your children, even if you are childless. “You can set up a 529 [a tax-advantage savings plan designed with future college costs in mind] and name yourself the beneficiary,” says Woo. “If or when your kids come, you can change the beneficiary to their names.” If you never have children, that money can be kept for your own future schooling or given to relatives for their higher education.

7. Don’t be afraid to get help. You don’t have to be married to begin planning for the long term. Young people can find a financial advisor just as they are starting out. “The earlier the better,” says Woo, adding, “There’s a lack of financial literacy in the world. We’re not taught about basic finances and things like a 401(k), a Roth IRA, tax deferral or even the difference between a stock and a bond.” There are plenty of ways to learn about finances, from seminars to your advisor.

Garcia hopes to be in the situation of planning a wedding, buying a house and welcoming children one day, but like many in her generation, she’s currently waiting to marry and enjoying the freedom associated with being single. “There is something really great about being able to live independently for a bit and see what that’s like. I feel like right now is that time for me.”

If trends continue in the direction they are going, future generations will be feeling much the same way, and financial planning will be critical for those wanting to see the maximum long-term benefit.

“Quite a bit of freedom comes when you have your financial stability,” says Garcia. “I know a lot of people who are able to do really great and cool things just because they want to and have the financial freedom to, even if they are in a sufficient single-income household by themselves.”