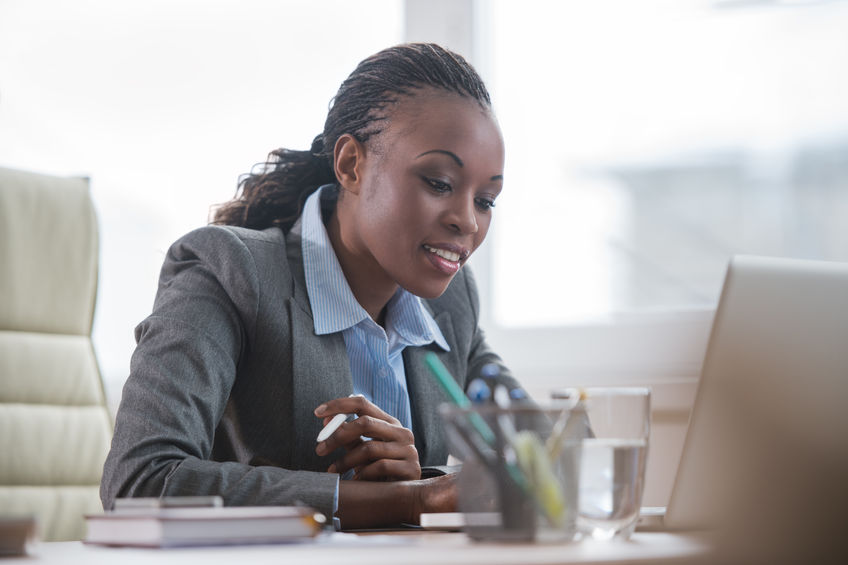 If you were involved in team sports as a kid, or played an instrument, or sang in a choir, or did anything that involved other people, you likely learned that no one likes a braggart.  People who took sole credit for the efforts of a team or who boasted endlessly about being first chair in the band or the choir were probably admonished. It’s unhealthy and unproductive to heap praise on yourself and never share the rewards with others. Is it just as unhealthy to heap praise on others and never share it with yourself?

Though humility is a valued leadership trait for both men and women, studies suggest that women underplay their intelligence or accomplishments in order to appear humble and will negate their achievements in order to praise a team. Because of the cultural pressures of modesty, women fear that they will appear rude if they brag, though men who brag are often perceived as confident and capable. Unfortunately, women’s aversion to bragging renders them less likely to ask for a raise, which can cost upwards of $1 million in lost earnings over a lifetime.

Bragging, in the context of your work that deserves praise, isn’t about dominating conversations with anecdotes about how spectacular you are (though sometimes that’s warranted). It’s about shifting perspectives on habits that you might sometimes consider arrogant or presumptuous for what they really are—simply telling the truth and highlighting your accomplishments. Here are some basic tips that can help you be more honest about yourself and your achievements.

Speak up before you’re “ready,” and encourage other women to do the same

How often do you keep quiet during a meeting because you deem yourself unqualified to speak up, even if the conversation is relevant to you? Maybe you know something about the situation, but not everything, so you think your comment lacks substance. Maybe you fear that someone with more expertise will call you out, and you’ll be criticized for speaking out of turn. Though criticism and the effects of failure can often be harsh, the fact remains that if you obsess over the limits of your own knowledge, those limits can become self-fulfilling prophecies.

Next time you’re in a meeting, pay attention to the number of times you question the validity of your ideas before you speak. Unless you plan to throw out a number that you’re pretty sure isn’t correct, use the moments you doubt yourself as cues to share the thought anyway. As you challenge yourself to speak up when you don’t feel ready, be sure to encourage other team members to do the same.

Don’t apologize for your work

You will have days in your career when you have an opportunity to go above and beyond your job description, and you will have other days when you just complete the tasks that need to be done. In both cases, you have the choice to let your work speak for itself or to undermine it through your own narrative. Have you ever finished a project, and then sent it to your supervisor as a “rough draft”? When you present your work, do you prepare people to catch mistakes you think you’ve made? We can try to protect ourselves from failure by assuming that we’ve already failed, or try to gain the sympathy of others by criticizing ourselves, but crippling fear of failure and a constant need for sympathy spell instability to a manager. If you don’t stand by your work, why should he or she give you more responsibility?

The next time you send a piece of writing, a report, or any other independent project to your manager, keep prefaces to a minimum. If there is an oddity in data or a question you want the reader to consider, note it, but avoid insinuations that the work isn’t finished or that you’re prepared to scrap everything at the first sign of critique. If you did the work and still missed the mark, explain the reasons you made your decisions and work with your boss to resolve issues. At worst, higher-ups in your company will note your decision-making skills and your growth mindset. At best, your project will be a shining success that you can add to your list of accomplishments.

This may seem obvious, but if you second-guess all of your ideas and fear people’s opinions of your work, it stands to reason that you won’t keep a list of things you have done well. You may not think that you have anything sufficient to add to that list, or you might wait for a supervisor to notice your success so you don’t have to promote it yourself (and risk bragging.) Neither perspective will win results. If we don’t own and promote our work, no one breaks out of the preoccupations of his or her own world to call attention to us. No one sees a reason to.

The great news if you have regular meetings with a higher-up in your company (you should) is that you have a built-in opportunity to update him or her on your accomplishments. During each meeting, draw his or her attention to tasks you’ve completed that week or month, particularly those tasks that are above and beyond your job description. Be sure to send the list in writing. If your successes are constantly at the forefront of your leader’s mind, he or she is more likely to think of you when a higher-level position comes open or when it’s time to give out raises. (Also, use your accomplishments as reasons to ask for a raise.)

If you present your ideas and hard work with confidence and keep your achievements fresh in the minds of decision-makers, you’ll pave your own way to a career worth bragging about.