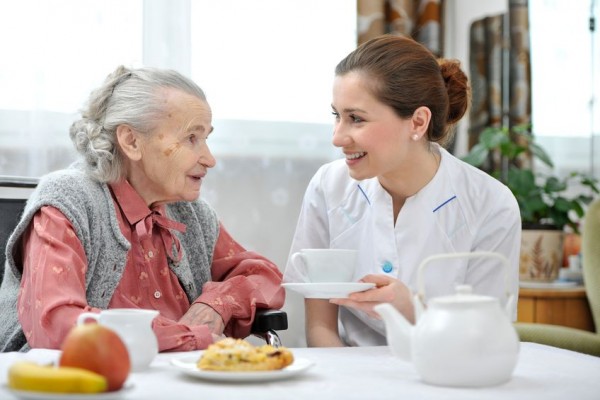 Meals on Wheels CEO, Ellie Hollander, Shares Her Thoughts on Senior Nutrition Programs and the More Than 2 Million Local Volunteers 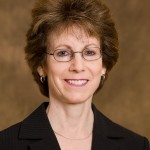 Ellie Hollander accepted her first CEO position when the Meals on Wheels Association of America offered her a job of a lifetime last February. As a business leader for years, she saw it as an opportunity to center her career and apply her skills toward making life better for others.

“Given my background in marketing and communications and membership, strategy, business development and human capital, I’d say I was preparing my entire life for the opportunity to be CEO to Meals on Wheels, and make a difference to seniors and homebound who can’t get out,” Hollander said.

As a CEO, Hollander said it can be challenging to keep an eye on the end goal and not let the urgent get in the way of the important. The job is a matter of balancing the need to be long-term focused and dealing with the crisis of the day. It is also about fostering relationships and making people engaged in the work that you’re doing so that they’ll support you, she said.

She had accepted the position just two weeks prior to facing her first major crisis. Beginning last March, the federal government’s spending authority for both nondiscretionary and discretionary programs was reduced significantly by the budget sequestration in 2013. What this meant for senior nutrition programs like Meals on Wheels, the oldest and largest organization composed of over 5,000 community-based Senior Nutrition Programs, was a loss of $51 million to go toward providing hot meals to senior citizens. New to her role but an experienced leader, Hollander went to Capitol Hill to make a case for Meals on Wheels.

“For every dollar invested in Meals on Wheels, there’s up to $50 of savings in Medicaid alone,” Hollander said. “I made the case that these cuts are hurting taxpayers, if we can keep a senior at home and independent through a nutritious meal and a friendly visit.”

With the budget cuts, more seniors would end up in hospitals and long-term care. Removing them from home also removes them as a taxpayer.

“You can feed a senior an entire year of Meals on Wheels for the equivalent cost of one day in the hospital,” Hollander said. 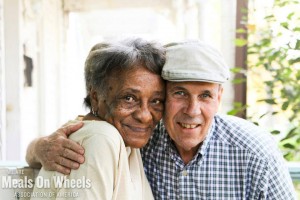 The Meals on Wheels Association of America relies on the government for a third of their funding, Hollander said. Not only is the $51 million cut significant in that regard, but it also hurt their leveraging abilities when seeking support from private corporations. Hollander said that every dollar lost was worth about $3.33 in leverage funding, ultimately costing them $150 million.

With the help of Hollander and others who made similar cases, it was voted in December to delay further sequestration for the next two years. What this means is time bought for Hollander to continue pressing their case on appropriators to invest more generously to Meals on Wheels programs, while also securing additional sources of fiscal support beside the government.

Hollander is the voice of Meals on Wheels, often testifying the program’s importance and overarching mission to organizations all over. But the membership organization could not be successful if it weren’t for the tremendous network – more than 2 million volunteers – who prepare and deliver a million meals a day and serve 2.5 million seniors every year. As a leader, Hollander said it is her job to set the end game while also creating a sense of followership and generating inspiration among members.

“I want to be sure that the members understand where we’re going and they feel like being part of our organization will make them successful,” Hollander said. “We want them to bring their personal best every day and be engaged.”

Although Hollander has never held a CEO position prior to Meals on Wheels, she has served as business leads to many organizations, both non-profit and for-profit, and has managed up to 400 people in previous roles.

“I’ve always wanted to make a difference and be a leader, whether it was a project or a team. I was always able to see the strategic direction and able to implement them,” Hollander said.

Not only has her professional background prepared her for the opportunity, but also Hollander’s personal mission to make a difference in people’s lives. The average person served through Meals on Wheels is 75 or older and lives alone. To Hollander, these people are family, friends, teachers and veterans who have served the country.

“There’s really nothing that can replace the friendly visit,” Hollander said. “You can’t do that by having a UPS plane fly over and drop meals; that’s always going to require a face to face personal touch. We need to cultivate younger volunteers to step in and do the same for the parents who took care of them.”

To encourage younger volunteers to get involved, Meals on Wheels recently started working with dosomething.org, an organization that connects 13 to 25-year-olds with campaigns they care about. Members of dosomething.org are creating thousands of Valentine’s cards for Meals on Wheels to deliver on Valentine’s Day as an effort to reduce senior isolation and depression.

The gap between the need and the resources to meet those needs will be an ongoing challenge for Meals on Wheels, Hollander said. In 2014, she plans to develop corporate partnerships, raise awareness at the individual level and help programs learn how to raise more money within their community while reducing expenses. Through these high-level efforts, she is helping local programs and its volunteers focus on delivering meals and developing relationships with their clients.