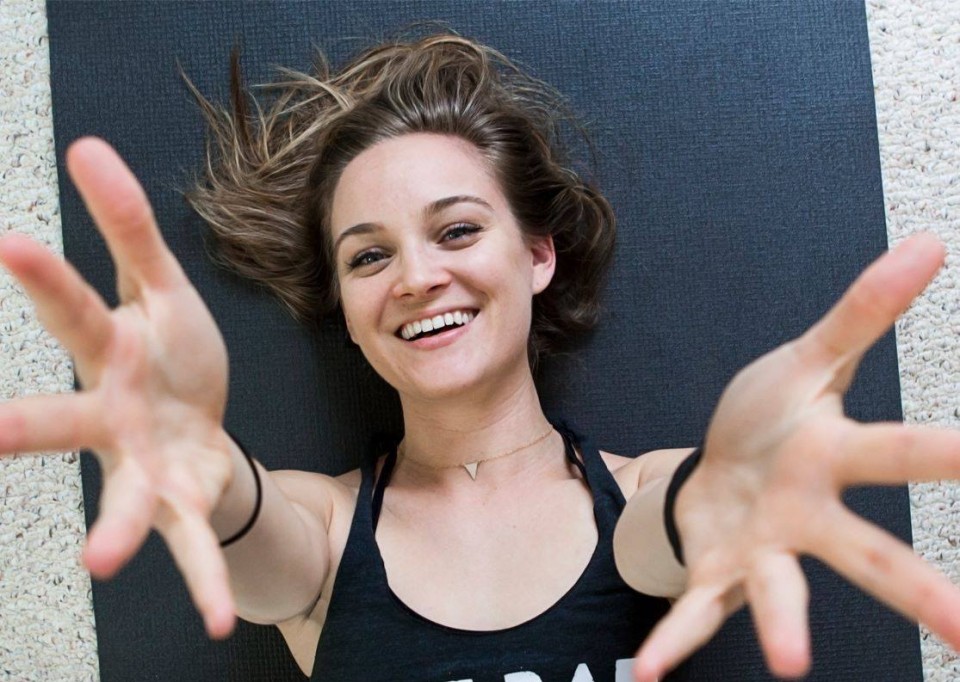 These days just about anything can be found online: shoes, TV shows, dinner – even yoga. In fact, one can’t help but notice the growing trend taking over YouTube. Streaming workouts has become a viable form of exercise, be it cardio, weight training or a new take on Vinyasa. 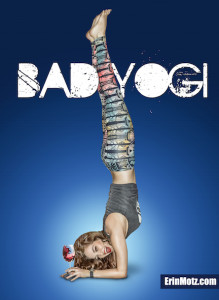 Erin Motz, the co-founder and star of Bad Yogi is one such YouTube workout sensation. At 27, Motz has been teaching yoga for a decade, and has been online for several years now. With more than 43,200 fans on Facebook, 16,000 followers on Instagram, and over 570,000 views on YouTube, it’s clear that her Bad Yogi channel and online classes are a success.

“Doing yoga online gives me the grace and ability to connect with as many people as possible,” explains Motz. “Singapore, Dubai, Ghana – I get messages from people all over the world. I think there’s a connection that everyone who does yoga with me online shares. We talk and connect via comments and it’s managed to build community even though none of us are near each other.”

However, Motz does admit that she’s been hesitant about all the big career shifts in her life. At 17, her yoga mentor threw her into teaching. “I thought it was a terrible idea. I was super shy and awkward at first, but I eventually found my groove.” Still, full time teaching was a few years down the line for this Tampa native.

After she graduated from college, Motz entered the business world complete with power suits and a 401k. But, unlike with yoga, she never found her footing in finance. Eventually, after much debate, she decided to exit the 9 to 5 world and jumped into teaching yoga – and writing about yoga – full time.

As for her brand, Bad Yogi, the title struck her as the perfect name for a column and quickly mushroomed into something much bigger. “My fiancé – well, boyfriend at the time – always tried to make me see that I taught yoga differently than most people,” Motz explains, referencing the name. Of course, Bad Yogi refers to a type of yoga practice that isn’t about following the yoga trend, driving a Prius, or going vegan. In fact, Motz frequently jokes in her blog about how much she enjoys fine cheeses and a “full-bodied red.”

“The more we put out Bad Yogi, the more people related to it. It really uncovered this feeling people have about not fitting into a typical yoga practice. Bad Yogi is every yogi.” The “we” Motz’s refers to is her fiancé, who’s also the BY co-founder and cameraman.

In August of 2013, Bad Yogi joined YouTube and they haven’t looked back since. In those two years, the brand has grown completely organically, according to Motz. “It’s been 100 percent word of mouth. We’ve never spent a penny on any type of advertising, which is the way we want it to be. I’m not building this site to make myself rich. Everything I put out now comes from my desire to keep in touch with people who follow me because, for me, this is like – this is huge. For both of us really. It’s become such a huge community.”

All Are Welcome Here

Part of what makes Bad Yogi stand out is the mantra that you don’t have to look a certain way in order to practice. There’s no right or wrong body type in Motz’s opinion. “Right now there’s this preconceived idea of the perfect body type for women, but everyone I talk to – curvy, small – no one feels like they fit it. I’m always posting pictures or screenshot collages I make, featuring all shapes, sizes, colors, male, female, long hair, short hair. Every time I post a photo like this everyone rallies behind it because it’s a reminder that you’re not alone, and that no one really looks like a magazine cover.”

It’s this connection that also motivates would-be yogis to join her – and other online fitness gurus. “With online workouts, everything is right there and you feel invincible. And you’re never completely alone – there’s someone at the other end of your computer telling you, ‘you can do this.’ But when you join a gym you immediately think of the cost. There’s a level of empowerment [with online workouts].” What Motz doesn’t mention is the convenience of web-based trainers. For many on-the-go businesswomen – or men – being able to access a workout from a living room, hotel room, or office can make all the difference in one’s health.

Of course, the entertainment factor in online classes also makes the workouts more accessible. “As a teacher you always have to be on,” she explains. “Even if you’re having a bad day, you have to turn that off before you come into class. It’s even more important when you’re on camera, because you don’t have the class energy to feed off of. It’s just you on video.”

The energy trainers bring to their channel is also what – Motz believes – sets each online teacher apart. “You have to completely be yourself. It’s really easy to go online and scour YouTube for people with a following, but you can’t see a formula and just reproduce it.”

To those considering taking their teaching online, Motz emphasizes the importance of tapping into whatever quality makes you unique. “If you can do that, you’ll have no problem building an audience of your own.” She also recommends maintaining a mix of organization and spontaneity. “My fiancé is definitely the strategic one, but he allows me to stay in touch with my gut and act on that first and always. The best things come from your gut.”

As for starting out on your own – regardless of your chosen career path, Motz believes there’s never really a good time to pick up and quit your job, but “it comes back to the gut thing – making that jump is always worth it.”

It’s completely free to join the Bad Yogi Club. Those who sign up receive free 10 to 20 minute yoga videos weekly, as well as access to Motz’s blog, clothing discounts and members only offers. For those looking for a bit more, Motz also offers hour-long classes that can be purchased (and saved for multiple uses) for $15 to $20 depending on the class. Bad Yogi merchandise, life kits, cleanses and more are also available. Aside from Bad Yogi, Motz can be found writing about yoga on Do You Yoga, Huffington Post, Yoga Journal, and more.