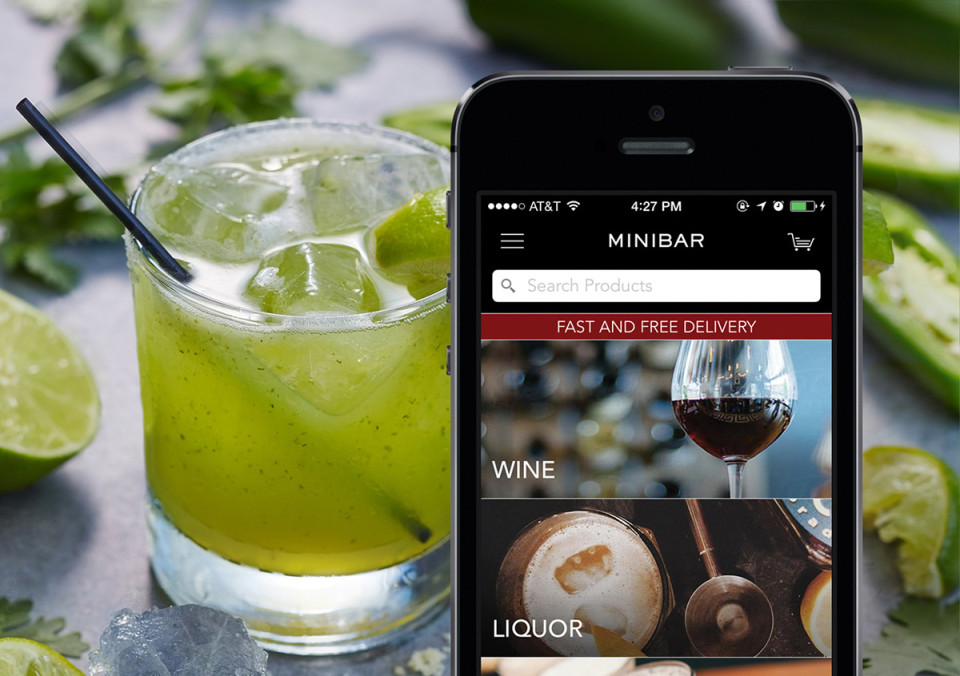 The Minibar App: A Female-Founded, Too-Good-to-be-True Concept for Cocktail Devotees

There’s a reason why the number of apps out there has grown like wildfire – they just make life So. Darn. Easy.

Take Minibar, for instance. The idea: a beverage delivery service with nearly instant gratification. Place your order via the Minibar app (or at the polished, unfussy website minibardelivery.com), and your desired cocktail ingredients arrive in less than an hour. Oh, and need ginger beer for your Dark ‘n’ Stormy or maraschino cherries for your whiskey sour? They’ve got you covered for mixers and garnishes too.

At first it sounds like it shouldn’t work. It would be cost-prohibitive to maintain an inventory of wines, spirits, mixers and garnishes that would be appropriately stored and ready for a speedy delivery. 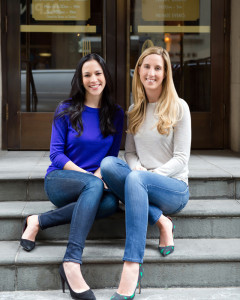 But the unique idea behind Minibar sidesteps the entire inventory issue entirely.  Instead, it creates a partnership with local liquor retailers, providing valuable marketing support and expanding the store’s reach beyond its current clientele, by offering a convenient delivery service with the tap of a customer’s phone. As Lara Crystal, Minibar co-founder, explains: “We are a technology partner to the retail stores. Since they’re looking to move online — as consumers are increasingly seeking digital ways to shop for everything — a lot of them don’t necessarily have the infrastructure to set up their own website or mobile app and invest in online marketing. So, we’re basically the online marketing and technology resource for those liquor stores. Our promise to them is to provide customers who keep coming back — as long as they can deliver and keep their alcohol in stock.”

And for the consumer, Crystal notes, “We aim to provide a service that is too good to be true: alcohol delivered to your door in under an hour. Customers enter their address via the Minibar website or app, and that connects them to a local store in their neighborhood where they shop, adding what they want to their cart. Then the store picks, packs, and delivers in under an hour.”

Minibar keeps pricing and product offering squarely in the hands of the liquor store partners, while Minibar holds up their side of the deal with technology and marketing support. A “no exclusivity” clause in the contracts with the partners seems to be indicative of Crystal’s confidence in the promotional service that Minibar provides. “Our resellers are free to work with other players in the space, but most have been very happy with the service we’re offering,” says Crystal.

So it’s really tough to say who Minibar delivers more value to: the spirits store or the consumer. And while it would seem like Minibar is a would-be champion of the mom-and-pop liquor store, Crystal is quick to point out that they’re not ruling anything out: “I hope that we can one day be partner to all stores. We really see this as a tool that can help enable all liquor stores, big and small, to move online.”

A “Party On” Idea that Garnered Prestigious Backing

Minibar is the brainchild of Crystal and co-founder Lindsey Andrews, both experienced internet marketers and fellow graduates of the Wharton MBA program.

Brainstorming for ideas for a digital business one night over take-out Tuesday, a friend suggested wine and spirits — and the idea just clicked. Crystal says, “We took a look at the market and thought there was a real need to create a trusted destination online where consumers could go and get quick delivery of alcohol.”

The project became Minibar, which was founded in May 2013 and went live in February 2014, with a seed round of funding in July 2014 from high-powered Winklevoss Capital and the Female Founders Fund.

With service in six major metropolitan areas to date, including delivery-loving New York, San Francisco, Chicago, Los Angeles, Miami and Dallas (plus seven additional smaller cities surrounding these major markets), Minibar has not only survived its critical first year, but has plans to continue to expand their service area. “In our minds, we want to be around the country – i.e. the destination online to shop for alcohol, so that’s really the long-term vision for Minibar. Obviously, in big cities, there tends to be a dense population, so we look to those first as our initial markets, but our hope is to be the technology solution for liquor stores everywhere,” Crystal says.

Online Options for Food and Drink Fast Taking Over

With recent news of Yelp’s plans to purchase food delivery app Eat24, and Instacart’s announcement of a $220 million round of funding (and an estimated $2 billion valuation), there is no question that the food and beverage delivery space is a hot one.

Why does Crystal think apps are the new go-to for on-demand shopping? “I think immediacy is important, but I think you’re seeing a generation of users who want apps and websites and companies that add value to their lives.” In other words, just like brick-and-mortar, the customer isn’t going to pay a premium for the convenience of delivery if there’s no value-add from the app. “I think our edge is really a focus on the consumer and what they want long-term. Ultimately it’s up to the consumer to decide where they want to shop — and we hope that we can provide them with the best experience and the easiest way to do that.”

While no announcements or major updates are imminent (Minibar just celebrated its one-year anniversary on February 5), Crystal says the company will remain committed to their goal of providing the best customer experience on both sides of the transaction. Their “stay the course” mentality is testament to their keenly focused dedication to serve the dual Minibar customer: the retailer and the end consumer. Watch for continued expansion to additional markets in the coming year.