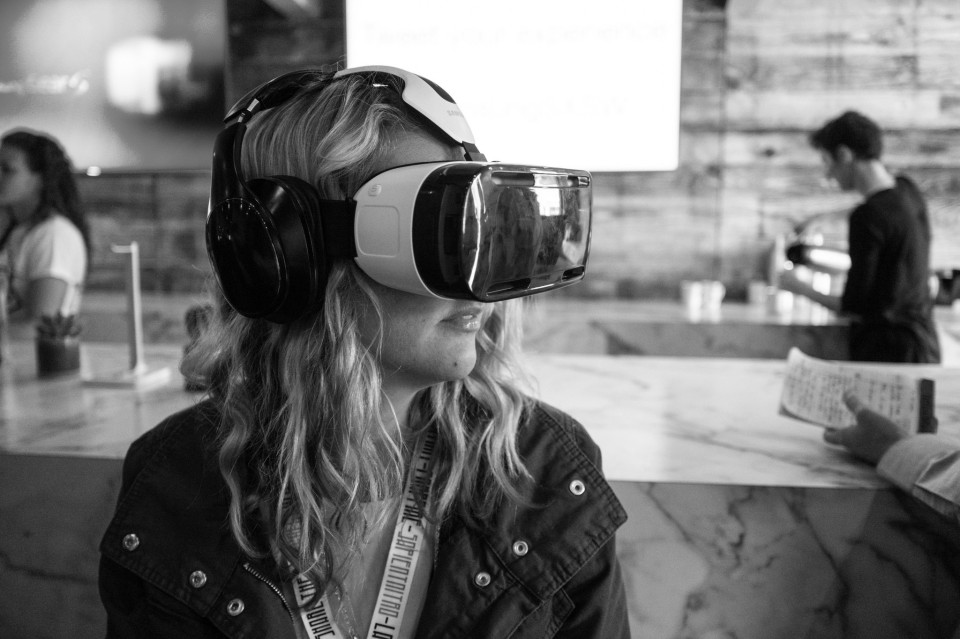 SXSW Interactive is a collection of like-minded, tech-driven marketers and technologists descending upon Austin to learn, meet, mingle and get some business done — all while having some fun. I am not sure how much business actually gets done, but I do know that opportunistic happenstance definitely occurs. This year, what resonated most throughout my experience was the palpable energy of women in technology openly expressing their experiences and viewpoints working in this industry.  From keynote stages to networking parties, women spoke candidly directly addressing challenges and offering solutions regarding what is needed to develop female potential in this field.

In my experience, working in the technology world for over a decade now, it’s not wholly unusual to be the sole woman at a meeting or speaking on a panel. Often, when I spot another person of my gender in my tech universe I find myself saying “I see a unicorn!” As a speaker at this year’s conference, I was very happy to join InMarket’s “Understanding the Beacosystem” panel which was equally balanced: two men and two women with an equal distribution of dialogue from each participant — really, the way panels ideally should look and feel!  Most often, it’s not the case. Women are either vastly under-represented in speaking roles or not represented at all throughout entire conferences. Not unlike what we are experiencing in the technology industry.

I also had the opportunity to speak at another event held concurrently to SXSW Interactive. There, I assembled a panel of leading women in retail and tech industry to discuss how mobile is impacting retail and consumer mobility. As I was inviting these women leaders to join our panel, one panelist so appropriately stated, “I am so happy we are not talking about work/life balance.” I understood immediately what she meant by that. As a woman in business – just like any other human being who has worked hard in a career — we enjoy our work and are equally knowledgeable, experienced resources qualified to share our insights on industry-related topics, not just well-trod ground.

Diversity and Gender Bias in Tech

Two presentations I attended exemplified the experiences of women working in the tech world,  for different reasons. The first featured Megan Smith, appointed by President Obama as the Chief Technology of the United States, and the other was with CEO and Co-Founder of Rent the Runway, Jenn Hyman.

It was widely reported that Smith was interrupted on stage several times by her co-panelist, Eric Schmidt, Google’s Executive Chairman, throughout their conversation with author Walter Isaacson. The audience witnessed her statements cut short multiple times by Schmidt — while he simultaneously gestured with his arm, moving it in front of her, and motioning for her to stop speaking as she was sharing her thoughts and responses. What was not reported were the audible gasps from the women sitting around me in the audience when this kept happening over and over. Each time, the gasps grew louder with deep frustration and shock. During the audience Q&A, Google’s own staffer for unconscious bias confronted Schmidt’s behavior, and the room erupted with cheers because it was finally acknowledged. Smith responded very diplomatically, suggesting that opportunities like speaking on conference panels bring visibility for women working in the industry.

Jenn Hyman, CEO and Co-Founder of Rent the Runway, was particularly outspoken, and clearly articulated her views on what is happening in Silicon Valley. Startups, established technology companies and venture capital, she said, all suffer from “pattern recognition” which is preventing diversity from being part of tech world. Hyman said that the “obscene, disgusting” pattern recognition “is hurting us…that’s gross…and I don’t want to live in that world.” She suggested that women founders are given “less rope,” and that diversity in the VC base is needed.  Her clear, strong views, prompted several spontaneous bursts of clapping and cheers.

At a networking cocktail event, I met the fashion-forward, female-led team of an analytics startup that was a finalist in the SXSW start-up accelerator. During our conversation, I shared Hyman’s comments with them, as well as my own views on what women in technology field are experiencing today.

Here is what I said, in essence: It is my position that I no longer want to “bend” – i.e. censoring what and how I share my knowledge in order that others feel less threatened or more comfortable. I no longer have the desire to constantly adapt to the environment rather, it is my belief that it is time the environment instead adapts, and accept diversity. I am a woman. Simply put, I choose to live authentically as person with career in technology who is also a woman. I am not a modeled version of a person who fits the mold of pattern recognition currently stifling diversity in the tech community. My comments were met with “We feel the same way!” from the female- led analytics team.

Given my experiences at this year’s event, it is evident to me that women have arrived at a new level of how they view themselves in the tech community. Women are representing themselves as who they are authentically. With that, women must be accountable for actively confronting negative behaviors when they happen. Uncomfortable and awkward? Yes — but acceptance of difference and variety in the tech community will not come without discomfort. Women are carving a new path of driving diversity in the tech culture.