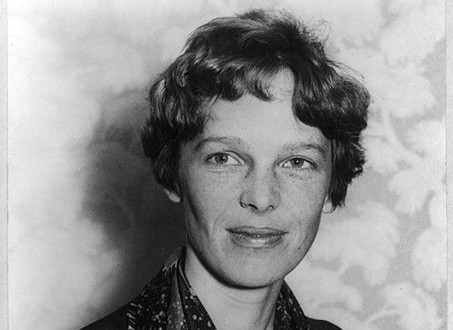 Women Who Made History

We Love Women Who Ignite their Passion Within

We respect the women who change how we see the world. We revere those women who went before us cutting a swarth through the brush so that we might follow. Powerful women, some women whose names we will never forget and some whose names we barely recognize, changed the lives of women and the world. These are but ten of the thousands, who ignited a flame and passed the torch.

1. Gloria Steinem: Her name is synonymous with feminist. Gloria Steinem is a writer, feminist activist, editor, and founder of MS. Magazine. Author of best-selling books, Revolution from Within: A Book of Self-Esteem and Outrageous Acts and Everyday Rebellions, Steinem prods women to push the envelope internally and externally everyday. A child who was forced to care for her sick mother, run the household and attend school at only 10 years old, Steinem went on to graduate Phi Beta Kappa from Smith College in 1956. Steinem first noticed inequality when her mother received lesser medical care than did male patients. In 1962, she went undercover as a Playboy bunny at The Playboy Club for the article “A Bunny’s Tale” published in 1963 that changed the way we viewed objectification of women but did not realize the article’s full effect until decades later. Steinem continues to inspire women to dream more, reach for more and attain more.

Inspiration: “Without leaps of imagination, or dreaming, we lose the excitement of possibilities. Dreaming, after all, is a form of planning.” -Gloria Steinem 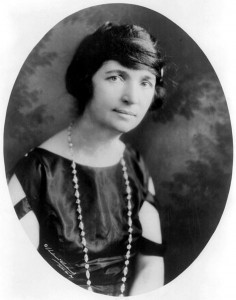 2. Margaret Sanger: If the alarm on your cellphone went off today to alert you to take your birth control pills, you likely can thank Margaret Sanger for access and ability to birth control. Long before Congress debated accessability to birth control in the ACA, Sanger was a visiting nurse in the east side slums of New York where she saw the ravages of unplanned or unwanted pregnancies.  Sanger opened the first birth control clinic in the United States 1916. Officials arrested her for distributing information on contraception, but she steadfastly held to the belief that women could better control their lives if they could control their reproduction. She founded the American Birth Control League that later became the Planned Parenthood Federation of America. Sanger died, her dream fulfilled, in 1966 only one year after Griswold v. Connecticut legalized birth control in the United States.

Inspiration: If you have planned your education and career path and chosen to postpone having children until the time is right for you, you owe that choice, at least in part, to Margaret Sanger. 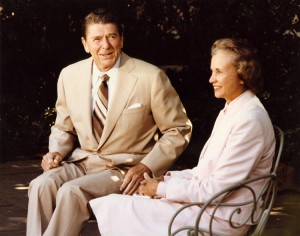 3. Sandra Day O’Connor: Sandra Day O’Connor made history when President Ronald Reagan made her the first woman appointed to the Supreme Court. She served the court from 1981-2006 and today hears cases in the United States Court of Appeals. President Barack Obama awarded Justice O’Connor the Presidential Medal of Freedom, the nation’s highest civilian honor, in August 2009. Before her tenure with the Supreme Court, Justice O’Connor was elected to two terms in the Arizona State Senate. She received her law degree in 1952 when few legal jobs for women existed, so Justice O’Connor worked for for California’s San Mateo county attorney for free to gain experience and get her foot in the door. During her time on the Supreme Court, she was frequently the key swing vote, as she was with the upholding of Roe v. Wade.

Inspiration: “The power I exert on the court depends on the power of my arguments, not on my gender.” -Sandra Day O’Connor 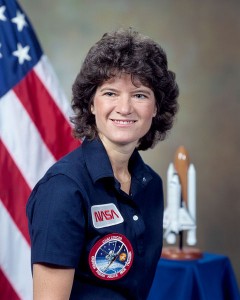 4. Dr. Sally K. Ride: On June 18, 1983, amid signs encouraging, “Ride, Sally Ride,” mission specialist Sally Ride became America’s first woman in space. Before she became an astronaut, however, Ride was an exceptional athlete and, later, a scientist with a Ph.D. in Physics from Stanford University. Ride was a top tennis player in high school when her idol, Billie Jean King, suggested she quit school to become a professional tennis player. Thankfully, for women, Ride opted to stay in school and show the world that women are equal to men in space too.

Inspiration: Sally Ride said in an interview with Academy of Achievement, “I would like to be remembered as someone who was not afraid to do what she wanted to do, and as someone who took risks along the way in order to achieve her goals.”

5. Barbara Walters: She has interviewed them all, world leaders like Anwar Sadat of Egypt and Fidel Castro of Cuba, pop icons like Madonna and Michael Jackson, American Presidents Jimmy Carter to Barack Obama, and a Who’s Who spanning nearly every category in between. Barbara Walters’ 5-year, $1 million per year contract with ABC to co-anchor the evening news and anchor four specials a year made her the first female co-anchor of an evening news show. A trailblazer who never fails to ask the tough questions of her subjects, she often gets answers the interviewee never intended to give. 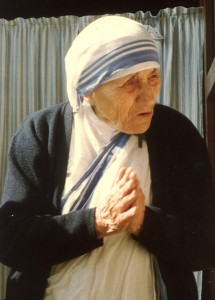 6. Mother Teresa: A humanitarian nun devoted to the people of the slums of Calcutta, Sister Teresa of the order Our Lady of Lareto, a Catholic order, known in Calcutta as “The Saint of the Gutters” is best known around the world as Mother Teresa.  Mother Teresa was recipient of the Nobel Prize for Peace and the U.S. Medal of Freedom for her works. She founded the Missionaries of Charity that operates hospices for people with HIV/AIDS, tuberculosis and leprosy, orphanages, soup kitchens, and mobile clinics. Members of the order take vows of chastity, poverty and obedience, and vow to provide “wholehearted free service to the poorest of the poor.”

Inspiration: No task is too great with the right motivation. 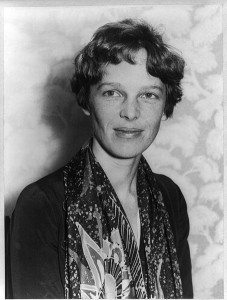 7. Amelia Earhart: Fueled by the drive to prove she could do things in a man’s world, Amelia Earhart changed the flightpath for all women. Earhart caught the flying bug at a stunt-flying exhibition when she was nearly 20. When the pilot swooped down toward her in an attempt to scare her off, the buzz created was not one of fear. Earhart, enthralled with the stories of courageous women, is reported to have kept a scrapbook with articles about women who succeeded in male-dominated fields such as engineering, law and film production. It is not surprising, therefore, that Earhart jumped at the opportunity to become the first women to fly the Atlantic. Three women before her had died within the previous year attempting to become that first woman. Only four years later, Earhart crossed the Atlantic solo from Newfoundland to Paris. Nearing her 40th birthday and with her desire to prove herself stronger than ever, Earhart began her final flight, a solo flight around the world. We may never know what happened to Earhart on that famous flight when her plane was lost, but we can learn much from her courage in the face of adversity.

Inspiration: Fail Forward. “I want to do it because I want to do it. Women must try to do things as men have tried. When they fail, their failure must be but a challenge to others.” -Amelia Earhart

8. Rosa Parks: Long a part of the civil rights movement and active member of her local NAACP, Rosa Parks became a symbol of the movement on December 1, 1955. Riding home on the bus from her job as a seamstress in Montgomery, Alabama, Parks was asked to give up her seat so a white man could sit down. Her quiet disobedience of the segregation or “Jim Crow” laws of the time earned her a place in history. The subsequent Montgomery Bus Boycott initiated a new era of non-violent, mass protests for civil rights. Through her effort to change her world, Parks changed our world.

Inspiration: All Hail the Courage of Conviction 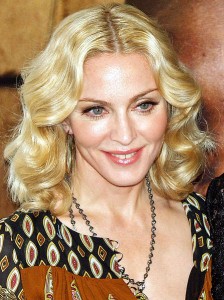 9. Madonna: Love her or hate her, you would have to have been living under a rock not to recognize the impact of Madonna Louise Ciccone on the entertainment world. The “Material Girl’s” steadfastly unapologetic determination to express herself in whatever way moves her artistically changed music and may have changed women. From her early hits like “Material Girl” and “Like a Virgin” through movies and career slumps to the notoriety of her book, Sex, Madonna puts it out there for all to see. Who among us cannot appreciate the beauty of a woman with the courage to be herself…whoever that might be?

Inspiration: Go ahead; reinvent yourself. 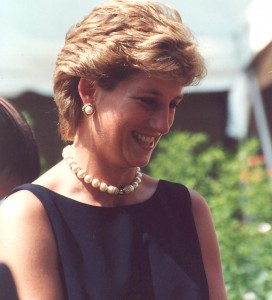 10. Princess Diana: When Lady Diana Spencer married Prince Charles, heir to the British throne, she gave hope to young girls worldwide that someday their prince would come. Her royal wedding was the stuff of fairy tales replete with carriages and dozens of attendants. The world watched her every step, copied her hairstyle, idolized her as a fashion icon, was empathetic when her marriage crumbled and mourned her death as enthusiastically as we had celebrated vicariously her life. She was the “People’s Princess” who was more comfortable holding hands with an AIDS patient in hospital than she was shaking hands with heads of state. Today’s young royals bear little resemblance to the stuffy royalty of the past, so the legacy of the “People’s Princess” lives on.

Inspiration: Build a life for yourself.  “Being a princess isn’t all it’s cracked up to be.” – Diana, Princess of Wales