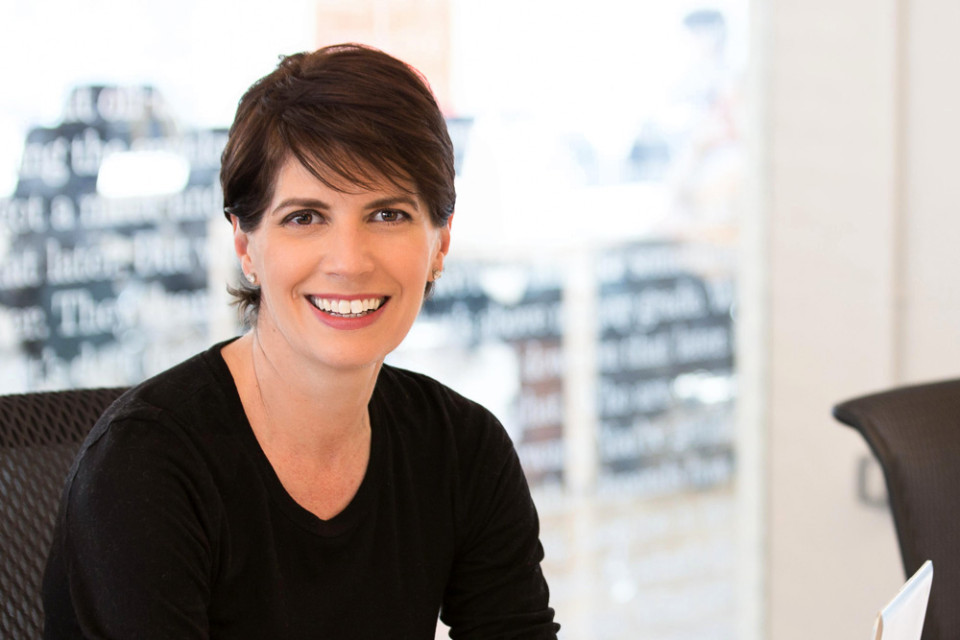 Kelly Hoey, THE “In Conversation with” Interviewer (Enthusiastic, Multi-Hyphenated Entrepreneur and Shoe Fanatic)

Sometimes you have to walk the talk. By that I mean, taking your own advice.

I’ve conducted over thirty “In Conversation With” interviews (on top of the interviews I’ve done for the Founders Breakfast series I created and the Meet The Innovators conversation series I curate for Apple) and I have yet to answer my questions. Until now. 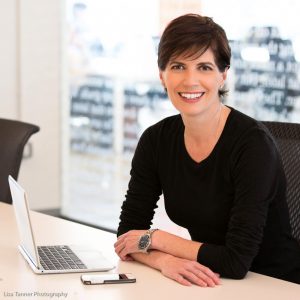 I’m someone who embraces change. Not as a roller-coaster-riding-thrill-seeker (though I must say, I do enjoy an old-fashioned wooden roller coaster!), but as a matter of “career hindsight” fact: in spite of being Canadian and a Virgo, I’m simply not suited for conservative, stable career ground.

The fact is, my career has become progressively more interesting when I’ve embraced a chance, or sought out an opportunity. I was an attorney for eleven-plus years, and in law firm management for five and a half years after that. There was nothing wrong with either of those two careers (I quite enjoyed both, in all honesty, including the all-nighters at the commercial printers when I was a CMBS attorney); however, at some point my career gears grinded uncomfortably — resulting in the pursuit of new opportunities.

And those professional opportunities?  It surprises and humbles me to list a few of the extraordinary experiences I’ve had – particularly when I feel my career is just getting started:

All of the recognition above is very nice, much appreciated, and motivates me to contribute more and meaningfully.

Next, I’m writing my first (and necessary) book. I’ve never been one to have a book “inside them” (I’m feeling much more like Sigourney Weaver in Alien: this book “thing” is in me and I have to get it out — now!).

And I’m recognizing, as I approach fifty this year (yes, fifty years old on August 24), that I am really cut out for entrepreneurship. I need to call things as I see them, which would  seem to be highly useful for a large corporation; however, it is not an attribute frequently sought-out or valued.

Looking back, my entrepreneurial muscles were first flexed when I was in law firm management – I was handed important mandates (“build a world-class alumni program” or “create a global women’s initiative”) with little or no resources. I realize now that my “can-do” and “will-do” attitude is best put to use for my own professional goals.

So read on for some insight into the mind of an eager entrepreneur – perhaps you will see your own traits here:

What do I love?Mentoring. Seeing other people succeed and achieve their goals. Truly! This rocks my world.

What am I curious about?Human motivations, group dynamics and interactions – IRL and online.

The “worst” for me is?A bad day in my life is pretty minuscule in the grand scheme of things.

Who are my heroes?People who get stuff done. I’m an “actions speak louder than words” person. And my heroes are those people who reach down, kick open doors, and create opportunities for others.

What is my current challenge?Saying “no.” It is a constant challenge for me.

My greatest achievement is?I’ll let you know when it happens. For the time being, I’d like to think I’m a good role model, decent friend – and most importantly, a fabulous aunt and godmother.

What is my motto?“Invest in the change you want to see in the world.”

Why am I an entrepreneur?I like calling my own shots.

What problem am I solving?How to network effectively and connect with people meaningfully.

What problem would I like solved?The economic contribution of — and full economic participation by — women, globally.

Item I wish I had invented?The Post-It Note.

Biggest regret?I’m too much of an optimist for regrets, though there are a few life, financial and career choices I could have been smarter about.

What mobile device do I presently use?iPhone 5.

Which productivity tools (app/software/office supplies) do I use most often?Teux Deux, Feedly, Calendly, Red Stamp, plus Post-It Notes and Sharpies. Confession: I love a paper calendar — and this year’s is from Holstee.

What talent would I like to have?To carry a tune — any tune.

Best pat on the back I’ve ever received?I was the keynote speaker at the Morris County Chamber of Commerce lunch organized by the Women In Business Committee. The feedback I received on my remarks and delivery style was overwhelming and immensely gratifying.

Advice I wish I’d had (or had followed)?In 2006, my boss Timm Whitney told me I needed to “tell people what I do” (aka how I connect and network). I told him he was an idiot, and that it was the stupidest thing I had ever heard.

I’m now eating my words as I’m finally putting pen to paper on this very subject. Better late than never — so thanks, Timm, for the advice!

My pitch in 140 characters?“Stop committing random acts of networking. Connect with intention.”

My bio in six words?A Canadian In New York City.

What’s my hashtag?#InConversationWith is the one for this interview series. Plus #theviewfromhere (as I don’t use location or check-in apps – it’s no one’s business where I am), and #theshoeviewfromhere, as I’m a shoe fanatic (and have been since childhood, so it must be inborn!).

My nails on a chalkboard moment is?I’m not a manicure girl, much to the dismay of Lexie Kier (founder of Cuurio).

The J.O.B. I’d actually like?Prince Edward Island used to appoint an inspector, pursuant to legislation –namely the “Unsightly Property Act”. I think I’d be pretty good at that job if it is still available! So, that job — or naming nail polish colors.

Biggest misconception about being an entrepreneur is?That you have any time off. The reality is you are hustling, dreaming and executing 24/7.

Inc. or Rolling Stone or…..? Which magazine cover?Tatler. Cosmo. Or British or Italian Vogue.

What am I reading?Several books: Innovating Women: The Changing Face of Technology, by  Vivek Wadhwa and Faria Chideye. Gabrielle Hamilton’s Blood, Bones & Butter. Jack Weatherford’s The Secret History Of The Mongol Queens. M.F.K. Fisher’s How To Cook A Wolf.

What is my must-read?Katharine Graham’s Personal History.

If you wanted to do what I’m doing…what’s my advice?The three pieces of advice I dish out regularly (and do all three whether you want my career or not):

What conference would I like to keynote?Fortune’s Most Powerful Women.

What’s my guilty pleasure?Shoes — which I’m pretty open about and feel no guilt about either. Other not-so-guilty pleasures: dark chocolate, red wine and Tattly Tattoos [which have the tagline of “Designy, Temporary Tattoos”].

Podium I’d like to stand on?A Mentor of the Year.

The memories of a chef are tastes and smells; what would I say are the memories of an entrepreneur?Wondering where you’ll get the resources (time/people/money/space) to turn a vision into reality.

What makes me LOL?I have the sense of humor of a 14 year-old. I adore Absolutely Fabulous [note to the many fans of the legendary, now-defunct TV show: there may be a movie in the works for 2015], as well as Catherine Tate’s The Translator, Buzzfeed and Vooza videos. Munchies TV cracks me up, as does Little Britain. I am also known for frequently laughing louder and harder at my own jokes than anyone else in the room.

Who or what inspires me?The people I mentor – and those who mentor/advise me – are my inspirations. Right now, I’m particularly inspired by the girls who participate in the YWCA NYC programming.

What’s the most important startup/entrepreneurship lesson I’ve learned?Rome wasn’t built in a day – and neither is a quality product or company.

What would be the title of my biography?Are We There Yet? Alternative: Does This Come In A Size 9?

My Ferris Bueller moment: if I could goof-off/skip out for a day, what would I do?I’d leave my iPhone at home for starters. Then I’d hang out with Manolo Blahnik.

One place in time I’d like to visit?I’m good with right here, right now.

Part of the trick to staying focused is?Just doing it! Ok, not really. Setting achievable milestones/task lists. And recognizing what time of day you’re at your most productive, and then guarding that time ferociously against the encroachment of non-urgent calls/meetings.

I take a three-hour ocean tour and get stranded…what three items do I have with me?Sunscreen, iPad and solar charger.

Do I have any unrealized dream projects?My book — which is a project I intend to realize and check off my to-do list in 2015.

What makes me happy? I am an optimistic person and acknowledge that I have little to complain about!  It is the little things which make me happy: a note from my nephews or goddaughter makes me happy. Receiving flowers makes me happy. Competitive watermelon seed-spitting with three nine-year-olds over the holidays made me very happy. The Flying Cat which appears when I cross an item off my to do list on Teux Deux, makes me very happy.

What does success look like for me?I had the great pleasure of hearing Glenda Bailey [British editor-in-chief of the American edition of Harper’s Bazaar] speak at a breakfast at the 21 Club a number of years ago.

Once seated, Glenda (as I recall the story) waved to someone she recognized on the other side of the runway – and the entire front row wave back. It was at that very moment Glenda realized that she had mentored every single one of the people waving back at her, all of whom were editors-in-chief of major British or European fashion magazines.  That’s my definition of success!

Where can readers of “In Conversation With” connect with me online?On Twitter @jkhoey, jkellyhoey on Instagram, levo.com where I’m a mentor, or on my website www.jkellyhoey.co.

One last thing: what’s the question I should be asking myself?Why did it take you so long to answer your own interview questions?