A Bit of TMI with Aria Finger

Do Something.org Took Their Ability to Serve the Community to the Next Level and Started Boutique Agency

Do Something, a not-for-profit, whose mission is to “make the world suck less” boasts 25 cause campaigns in which more than 2.4 million young people have participated, according to Do Something. Do Something’s experience in marketing to and working with millennials led to abundant knowledge especially in the area of social media. Other nonprofits and corporations were anxious for advice from the experts, so TMI was born. 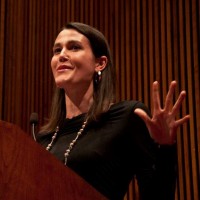 Aria Finger, Chief Operating Officer of DoSomething.org and President of TMI, splits her time roughly 50-50 between the two organizations.  Although she joked during our telephone interview that she feels she is “always letting someone down” jumping between the two organizations, Finger is obviously nimble and up to the task. Finger quickly explained how TMI meets the needs of companies seeking to market to or hire millennials and how TMI capitalizes on the power of DoSomething’s tremendous knowledge of the subject, albeit with a bit of an unfair advantage.

TMI began when organizations began approaching Do Something saying, “Wow, we love the campaigns we’re doing with you. Can you come in and teach us how to manage millennials on the side? Can you come in and teach us about mobile strategy.” They finally decided there was not only a business opportunity to earn some income for Do Something but also a way to influence millennial marketing, corporate philanthropy and not-for-profits in the right way.

Finger cautions companies not to use anecdotal “data” about millennials, as it sometimes is miles off base. Many companies assume, for instance, that all young people have Smartphones and therefore allocate their resources to Tweets and Facebook contests. Finger said, “Lots of millennials love Twitter, but 80% of them are not on Twitter.” TMI bases decisions on actual data, not anecdotes. Companies trip up when extrapolating anecdotes to the broader segment.

According to Finger, until 2013, in college-age students, less than half of them even owned a smartphone. Rich kids, of course, had smartphones, and the poorer segment of youth over-indexed for them because they often used them as their primary computer to reach the internet. There was a donut hole of middle-income kids who didn’t own smartphones. Consequently, a large segment of a company’s target audience was missed or advertising dollars wasted by creating APPs and advertising exclusively for smartphones. For this reason, TMI teaches their clients to use SMS, or text messaging, to broaden their reach.

When asked for her advice to businesswomen, Finger was slightly hesitant and mentioned that there are many women with far greater experience than hers. Her wisdom, however, is beyond her years and she offers some solid advice. 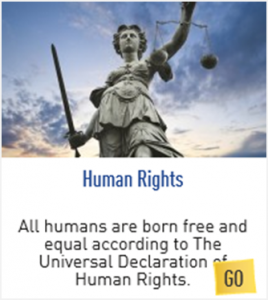 “People just want to be treated like people, like humans, and sort of not like this corporate drone. Of course, your personal life affects how you do your job. If you are going through a breakup, yeah, you’re a little bummed at work.” She suggests, companies treat employees with respect and allow them to have their own points of view and lives. It makes them more loyal to your company.

“Not wanting to paint corporate America with a broad brush,” Finger does note that when talking with contemporaries (she’s 30) about their experiences where they work, they are incredulous that TMI and Do Something talk to their employees and know what is going on in their personal lives. TMI wants to know when an employee’s family member is sick and will even offer extra vacation so the staff member can take care of personal needs.

Finger also said, “Hire people that you like.” TMI has an interesting hiring rule that they only hire people with whom they would be willing to spend time on a desert island or in a bunker. “It doesn’t matter how brilliant the person is or how great their Instagram knowledge is if you don’t want to hang out with them when you are starting a business.” You are going to be spending more time with them than with your own family or friends, so you had better enjoy their company.

Understand, Finger said, “Young people are ambitious.” This is sometimes misinterpretted as ungrateful or wanting to make money that they don’t deserve. Use their drive to your advantage and don’t ignore their career. If you grew up in the generations, where you expected your twenties to be a proving ground, remember that it often only proved how much you hated your job. Millennials see their friends having great success; therefore, instead of ignoring the subject, engage them in discussions about their career path. Put them in touch with exactly those companies they might leave you to work for, and give them the amazing career perks that entice them to stay and work harder. “Talk to them directly about their career goals because otherwise you will lose them, and it will be a surprise.” Finger said. Young people do not want what they don’t deserve, they just want to be able to earn things while they are young.

Finger sited as proof an employee who received a raise and came to the company to ask what things specifically had prompted the raise. “She wanted to make sure she continued to do the right things for the company and that her raise was based on merits.” This goes back to fairness, which Finger said, “is so important to young people.”

How does Finger know that fairness is important? TMI gets to use all of the amazing data that Do Something gathers. Fairness, for example, repeatedly came up in surveys and in their national campaigns. They see what frames work best. Do Something mines the data and TMI takes those insights to work with large organizations to reach young people and make those organizations more successful. Finger and TMI readily dispense information that less “in the know” companies might overlook. 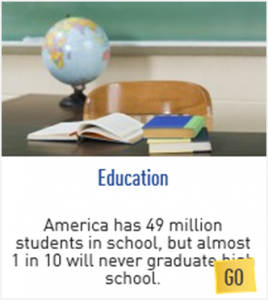 TMI knows that companies, if they want to reach young people, have to have a pro-social strategy. They need a real, true campaign that resonates with these young people. Companies in areas of the country with a fierce battle for talent, such as New York City, will get and retain more young talent when they emulate these core values.

What else can companies do to scratch the itch for millennials? Millennials have a yen to travel. They see people with flexible schedules who have opportunities to travel, and they want in. In response, Do Something and TMI offer a one-month paid sabbatical after two years if an employee commits to staying at least another year with the organization after the sabbatical. It is retention strategy and motivational strategy in one. Their young employees, who often go to volunteer with other not-for-profits around the world, come back renewed and with new skills.

When asked what advice she could offer on how to become a COO by age 30, Finger again offers sage advice, “Sometimes we look at the Richard Bransons or Sheryl Sandbergs of the world and try to replicate their game plan.” Instead of emulating someone 30 years in the future, emulate someone 3 years in the future. They might not be the president, but they have a job that you want. She also recommends that all people, not just millennials, really evaluate what they want in their careers and what truly makes them happy. “Why do you want that fancy title? Do you want it because it’s fancy or do you want it because you think the autonomy will make you a happier person?” asked Finger. The age-old idea of mentorship still applies. Having a mentor outside the organization with whom to relate helps younger employees gain valuable knowledge without having to live through 10-15 years to get it.

Perhaps TMI’s biggest offering to organizations is the opportunity to create brand loyalty. On the consumer side, people often develop the strongest brand loyalty between the ages 15-30. (How many of you still use the same deodorant or toothpaste you discovered in high school?) On the corporate side, most companies dream of loyalty and longevity in employees. Backed by DoSomething.org’s resources, TMI, Finger, and her small, enthusiastic staff will lead the way to millennials and beyond.