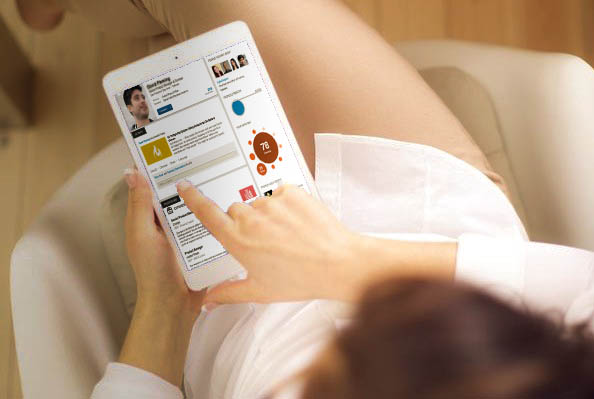 Innovative thinking drives development at National Instruments, NI, an international company headquartered in Austin, Texas that produces automated test equipment and programming software.  Everyday, NI engineers are creating products that will equip other engineers and scientists with the tools they need to succeed in their pursuits. But to know such tools exist, someone has to tell them.

Spreading innovation across departments, NI invested in what has been a fairly new approach to marketing and named Joelle Pearson as their first social media manager in early 2013. It is Pearson’s job to utilize social media platforms like Facebook, Twitter and LinkedIn to spread the word to those who are interested in what NI is accomplishing. 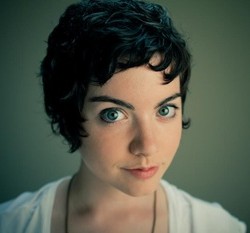 “It’s a lot of helping people who are out there already talking about us, and getting more involved in the conversation,” Pearson said.

When Pearson tells people of her job title, she often gets asked if it means her job is to play on Facebook all day. Although she is constantly monitoring their social media handles, much more goes into her job than status updates and tweeting. When a social media user asks a technical question via Twitter, for example, it’s Pearson’s task to use her resources to find an answer. Rather than going through NI’s Support system and the query being taken to an engineer, the engineer gets to continue his work while Pearson directs the inquirer to an answer on their online forum or elsewhere. This increases productivity, and ultimately saves the company thousands of dollars yearly.

“A big part of my job is a social media evangelist internally,” Pearson said. “I go around and talk about the successes I have, what our engagement is compared to other companies, and I try to convince people that social media is a viable marketing network when used effectively.”

The trick to social media is to know what and how to communicate across platforms, Pearson said. Recently, NI developed a partnership with the bicycle company Specialized, which used their technology to create a wind tunnel for aerodynamic research. Out of the partnership came a marketing campaign with several resources to leverage.

Pearson also creates editorial calendars, employing social marketing strategies to make sure the right content gets in the right hands. Social media management tools like Spredfast and Sprinklr help her analyze and report on who is interacting with the content they put out across platforms, which allows her to deliver numbers and proof that social media is increasing their brand reach in the right direction.

“Before, you’d work on an article to go in a trade magazine for people to glaze over,” Pearson said. “You take that exact article and put it on a blog, and repurpose it across social media [platforms], and you can measure that you’ve had at least 200,000 people read your article all the way through. So once you start spelling out the numbers, you can prove the value.”

Unlike newsletters and billboards, social media gives a measurable outcome that allows Pearson to see what marketing strategies are effective in establishing NI as a brand. While she guesses that many of her co-workers don’t know what Twitter is, that doesn’t mean it should be ignored as a powerful marketing resource. Since Pearson was named NI’s social media manager, the company’s number of Facebook followers has increased 300 percent.

“For engineering firms and tech companies, you have this huge pool of prospective customers,” Pearson said. “You have students that are going to be your customers in 10 years. And if they can trust your company, if they like your brand, then they like your company.”

Pearson represented NI at a recent SocialMedia.org conference, where social media managers of companies that have over a billion dollars in revenue and have been active in social media for more than two years met to discuss best practices, frustrations and ideas related to social media. Although Pearson is currently the sole social media manager at NI, she works with marketing departments from its international branches to help them create content that would appeal to their region.

NI promotes a lot of STEM messaging toward girls, encouraging them to get involved in fields related to science, technology, engineering and mathematics from a young age. The company also provides other enrichment programs and project-based learning opportunities in school, which Pearson produced a mini-documentary series for this year. The ability to show that science and engineering is cool and accessible has been one of the most rewarding aspects of her job, Pearson said. With time, she hopes that everyone who’s skeptical of social media will also see its true value.

“People are always saying that social media is going to be a flash in the pan, so businesses should not invest in it. Or that it’s a chatterbox of fans that should largely be ignored,” Pearson said. “People have to understand that the internet has completely changed how people spread information and get information. The internet is not something that’s going to be going away. People have been collaborating and will find ways to collaborate, and social media is the most recent form of collaboration. So get on it.”