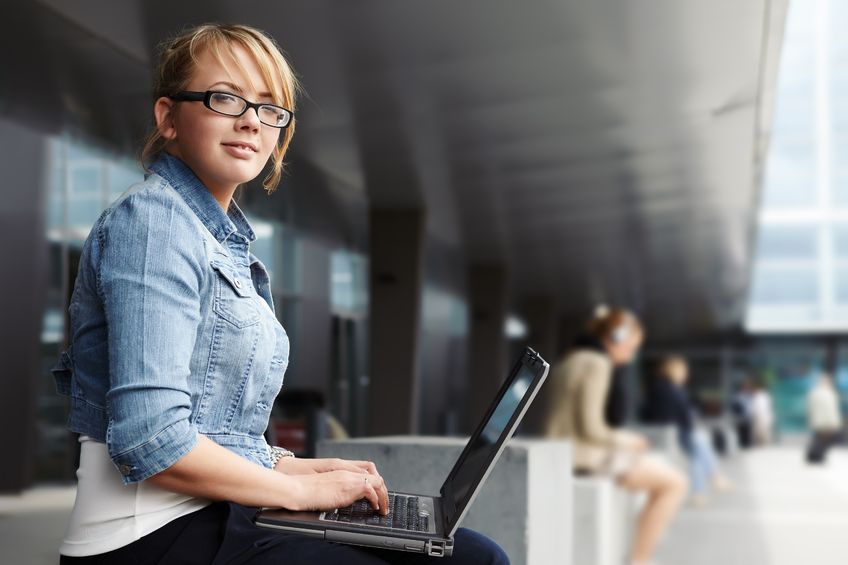 STEM: Fandom to the Rescue

“This is the boys’ time now. You need to let them answer.”

My science teacher told me this when I was ten years old. I loved science and technology; my dad had bought me a computer when I was in fourth grade, and I was glued to it. But I learned  pretty quickly – see comment above — that not everybody thought girls belonged in STEM.

Once Upon a Time, Women Led the Way in Tech

It wasn’t always like this. Believe it or not, in the 1950s and 60s, women comprised thirty to fifty percent of all computer programmers.

In fact, the world’s first computer programmers were six women at the University of Pennsylvania who, in the 1940’s, worked on an ENIAC machine (the first general-purpose computer able to match specifications created by Alan Turing,  made famous by the recent Oscar-nominated biopic The Imitation Game).

CompInc, which developed the operating system for Honeywell’s mainframe and held contracts with the U.S. government, the Army Corps of Engineers, and NASA, was not only founded in 1958 by a woman, but was staffed entirely by women. The truth is that females in computer science and electrical engineering continued marching toward parity until 1985, when there was a precipitous drop-off.

Why? 1985 was the first time that college-age students could have had a computer at home while growing up. Computers then were more like glorified calculators than the productivity machines of today. You could play pong, maybe a shooter game, and some word processing. As a result, they were marketed as toys, and as all toys are, this marketing was gendered. Computers sold by companies like Radio Shack were put on the same level as RC (radio-controlled) cars, and they became synonymous with boys’ entertainment.

The rise of the computer age in the 80s really became about the rise of glorified geek boy culture. Movies like Weird Science and Revenge of the Nerds set this expectation that technology was the purview of the male nerd, and that programmers were therefore male. In his seminal 1985 work, Hackers: Heroes of the Computer Revolution, technology journalist Steven Levy included this quote: “You knew that inefficient and wasteful things like women sucked up too many cycles, occupied too much memory. How can you stand such imperfect beings?”

All the diversity programs in the world at companies like Google and Intel won’t help if we don’t address these cultural obstacles first. But societal change takes a long time. We will be waiting generations to rectify the gender disparity in America.

I wanted to find an end-run around this, a shortcut where girls could explore technology in a manner that subverted outmoded gender roles.

Over the month of January, I surveyed almost 350 Tumblr users on their experience with fandoms and technology. Respondents were overwhelmingly female (78%) and white (80%), and 71% were between the ages of 13 and 24. Fandoms — defined as a subculture of people with a shared love of a team, series, TV show, book, movie, game, etc. — dominate Tumblr, which in turn is dominated by young people: the majority of users are under age 30. Girls gather here to geek out about what they love, and, interestingly, through a desire to affect aesthetic changes to their Tumblr blogs, are learning to code.

My research revealed some exciting opportunities, but also evidence that not much has changed since my science teacher told me to be quiet: fifty-one percent of female respondents reported being bullied, harassed, discouraged, or otherwise made to feel bad for trying to be involved in STEM activities. They reported sexual harassment at ages as young as twelve — parents telling them they could not go into STEM fields for a living; boys telling them that science and tech were not for girls; and belittlement by classmates and teachers for asking questions in tech classes.

They reported that in most instances, it was specifically because of their gender.

Here’s why: Tumblr’s fandom communities are an interesting mix of fans and tech skills, with girls helping girls learn to code. But they don’t think of themselves as web developers—they only think of the process (right now) as customizing their themes. In fact, 44% reported that the original reason they learned to code was to make visual upgrades to those themes.

Through that activity, they have acquired vast skill. Ninety-five percent of girls identified as having average to above-average skill with computer technology. Nearly seventy percent reported having advanced knowledge of HTML, and almost a quarter possessed skill with CSS (“Cascading Style Sheets”) — all through experimentation with their Tumblr themes.

When asked what they would build if they could do anything, they gave a wealth of responses, ranging from the simple (“a sonic screwdriver from Dr. Who”) to the physically impossible (“a functional TARDIS Time Machine”) to the incredibly creative (“a levitating mjolnir [hammer] from Thor”). And more good news: seventy-six percent of girls said that they would be interested in using fandoms to explore technology.

The flip side: girls also told stories of how they’d tried to join robotics leagues, but were prohibited from working on the actual robots—instead, they were tasked with community outreach, flyer design, or booth management. Society puts up these obstacles, and pretending the male-dominated pathways of STEM are the One True Way isn’t doing girls any favors. In fact, that One True Way is continuing the hostility and biases that push girls out.

The curiosity and willingness to learn is there, but the conditions have to be friendly. It’s time we create a space for girls that combines their passion with technology. So maybe couching coding in the language of developing an Avengers’ theme, positioning circuit-building as making your own sonic screwdriver, or teaching mechanics by creating autonomous ring wraiths is the way to go — it’s a shift on our part on how we teach. But it’s worth it to adroitly tweak and build  female-friendly teaching methods: the code required to program a robot is not that different from the code involved in an LED fade for an interactive art project.

Girls already occupy the fandom space, and they are dying for someone to reach out to them. Educators, parents, and companies can make that “incredible shrinking pipeline” instead expand  if we just abandon our dogmatic views of STEM education and give the girls something to geek-out about!