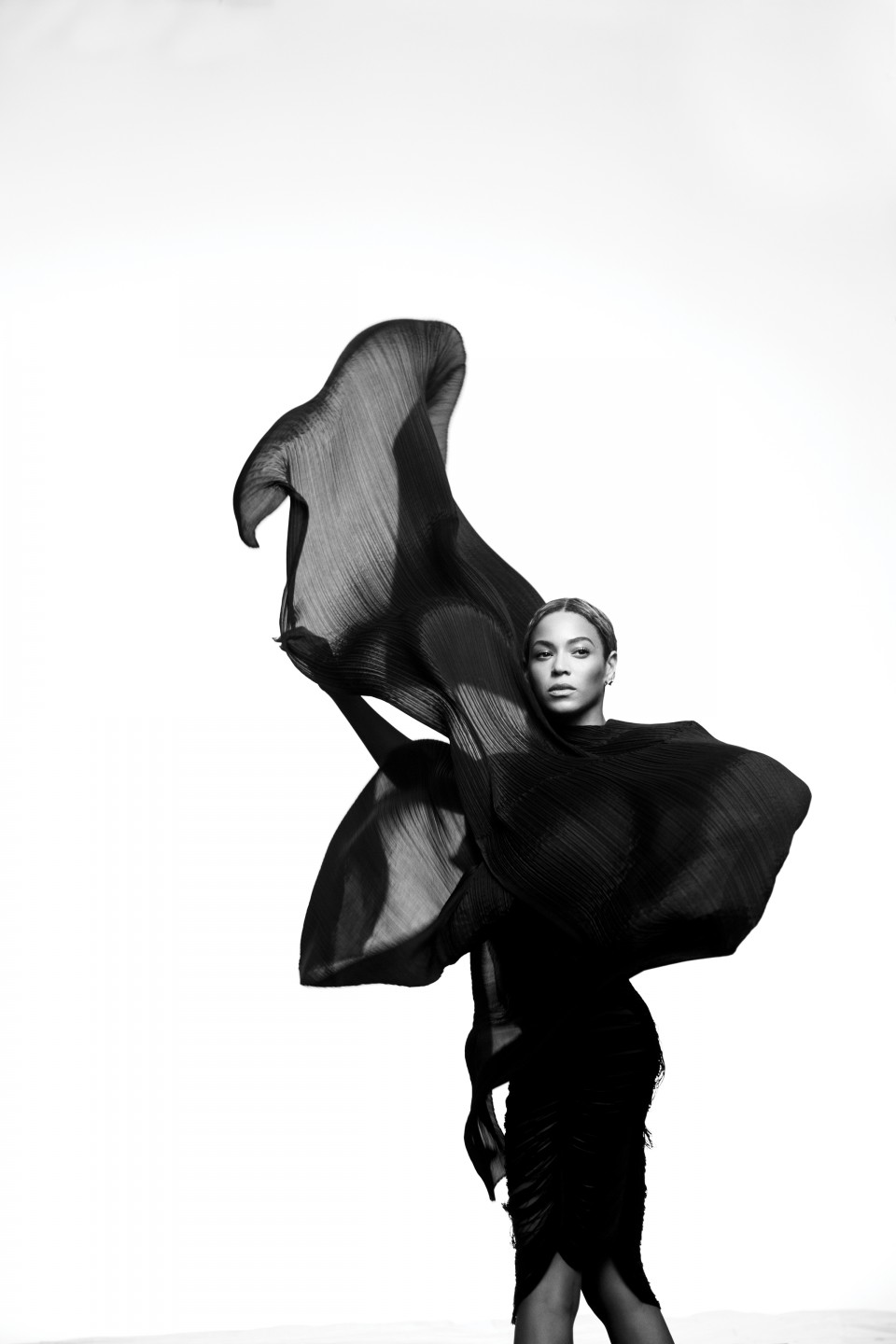 Estrogen is a growing element within the music industry. Both behind the scenes and on the stage women in music are becoming some of the biggest earners and head-turners in the business. In no particular order, as each of these ladies are formidable in their own right, here are some of our favorite women keeping the music world afloat.

The Queen: Beyoncé has long reined the queen of pop, and is one-half of music’s most powerful couple. But 2013 will go down as the year she once and for all sealed her icon status. Starting in January when she performed the national anthem at President Obama’s second inauguration, quickly followed by the best Superbowl performance in years, and ending with the unannounced release of her fifth album, Beyoncé on December 12. The 14-track visual album blew up on social media sites and sold a record-breaking 617,000+ copies in less than four days time. Sales were just shy of the million-dollar mark at the end of week two. Beyoncé is the first female artist – and the third artist ever – to have her first five albums debut as number one on Billboard’s charts, not to mention she once again out-earned her husband, Jay-Z. Along with a $50 million deal with Pepsi, Bey also has her hand on the fashion pulse with her House of Dereon clothing line.

The Monster: Lady Gaga is the mastermind in all things performance, and following in Madonna’s wake, Gaga knows that a star’s career involves more than just singing some good ol’ fashion pop music. In a business that’s all about marketing, this star has marketed herself as an ally, an artist, and an avant-garde performer. Along with her gaggle of social media collected little monsters (aka her fans), Gaga is one of Forbes’ most successful social networkers. And with her ample online support, the Queen Monster recently invested in a new startup known as Backplane, an online forum to help connect and engage consumers and brands via the world wide web.

The Boss: Julie Greenwald, chairman and COO of Atlantic Records Group, is the highest ranking female exec at any record company here in the U.S. In December, Billboard once again named her number one on their Women in Music List, making it her fourth time in Billboard’s top slot. She’s worked with artists from all over the map, including LL Cool J, Public Enemy, and Bruno Mars. Under her watch the world was introduced to numerous bands including The Killers, Sum 41, and Fall Out Boy (for better of worse). Today, Bruno Mars is one of the many artists she works with and the exec is quite pleased with the singer’s scheduled 2014 Superbowl performance. At Atlantic she’s a big promoter of not only the music but also for embracing the ever-growing technology sphere Greenwald also considers herself a role model for women in the industry. 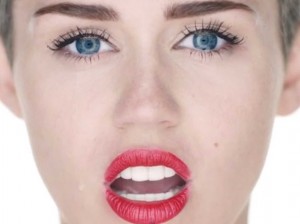 The Provocateur: Miley Cyrus. Love her or hate her, the 21 year old craftily marketed herself to become one of they most-talked about celebrities of 2013. Even CNN can’t deny that the blonde-bombshell “owned” the year. While her MTV Video Music Awards performance was unfortunately laced with minstrel-esque themes, it was clearly marketing genius. The singer, seemingly taking a page from Madonna’s 1984 “Like a Virgin” VMAs performance, managed to make herself the most talked about performer for the entire month of September, and with the subsequent release of her “Wrecking Ball” video she held her infamous title through the New Year. The inspiration for numerous Halloween costumes, Cryus also generated a generous buzz after hosting Saturday Night Live, and successfully earned more than 15 million twitter followers. And the numbers don’t lie, she was one of three female solo artists to sell over 150,000 copies of her album, Bangerz, in 2013. As we said, love her, hate her, or wishing to educate her, Miley managed to make herself the most talked about celebrity of 2013, and her latest video release, “Adore You”  hints that she sees no end in sight.

The Scout: Alexandra Patsavas, the lady behind many a soundtrack, including Scandal, The Hunger Games: Catching Fire, Mad Men, and The O.C., has been bettering big and small screen playlists for the past 15 years. In fact, it was her work on The O.C. that shifted a change in how soundtracks were made. Patsavas focused on finding the perfect song for the show and often times it led her to un-signed and unknown performers. It was with her help that the music industry once again used television for band promotion. Patsavas started her own company, Chop Shop Music Supervision, and in 2007 Chop Shop Records became it’s own music label. Nominated for three Grammies since the start of her career, Patsavas consistently lands on Billboards Top Women In Music list. Early on in 2013 she was named Vice Chair of MusiCares – a foundation that works to provide assistance to musicians in case of financial, medical and/or personal emergencies. 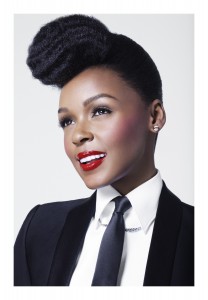 The Vanguard: Janelle Monáe has been turning heads since she landed here on earth in 2007. Somewhat hard to define, this electric lady was nominated for six Grammys after the release of her first studio album, and in the summer of 2012 she became the face of Cover Girl. With the release of her second album last fall the performer was showered in critical acclaim. Boston City Council named October 16, 2013 “Janelle Monáe Day” in honor of both her artistry and social leadership. She has performed for the President; her music has been used in numerous commercials, including one for Sonos. Monáe is one of the architects behind Wondaland Arts Society. A make-shift “metropolis” best defined as “our own state, our own republic. There is grass here. Grass sprouts from toilet seats, bookshelves, ceilings and floors. Grass makes us feel good. In this state, there are no laws, there is only music. Funk rules the spirit. And punk rules the courtrooms and marketplace.” Mark my words – this performer will continue to defy gravity.

The Icon: Madonna has been making lists like these since 1983, but the 56-year-old, Jill-of-all-trades never fails to amaze. Named fifth on Forbes’s Most Powerful Celebrities of 2013, Lady M out-earned all other celebrities spanning every genre and gender. Always a careerist, Madonna’s domain is amplified by her Material Girl clothing line, which she runs with the help of her oldest daughter, Lola. She also has her own line of perfumes, not to mention investments in brands like Vita Coco. But her success doesn’t end there, while her MDNA tour garnished $305 million in ticket sales, this Material Girl-gone-yogi also has partnered with VICE to create Art For Freedom – a global digital initiative with the mission to shine a light on human rights violations. The site claims to “encourage activism and contemplation by exhibiting artworks that speak to our defining question – what does freedom mean to you?” Always one to reinvent herself Madonna is both a chameleon and a trendsetter. With thirty years of continuous success, it’s no wonder that the superstar’s impressive resume has inspired several of the performers mentioned above.

As Now This newscaster, Win Rosesnfield says “A smart celebrity knows how to diversify,” and these ladies are spot on.