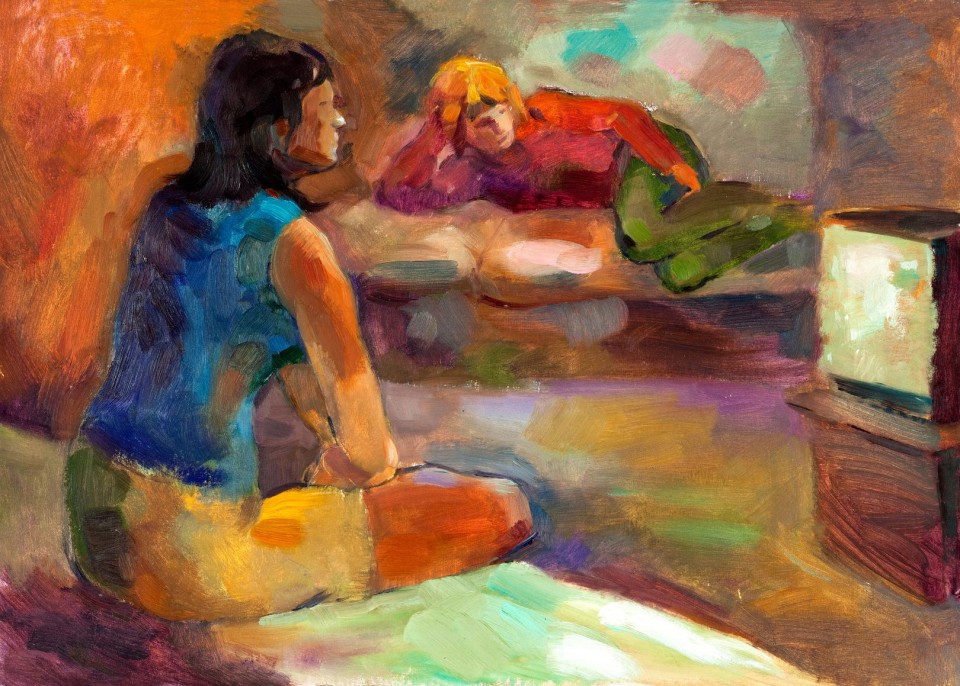 The Power of Storytelling

Jacki Zehner, CEO of Women Moving Millions, Talks About the Power of Storytelling and the Importance of Leveraging “Critical Mass” to Elevate Our Voices

The influence of the written or spoken word can be life-altering.  A story that inspires our spirits and impacts the way we think about the world will forever be remembered — and the power of the written and spoken word is an integral, mighty part of a movement for social change.

Jacki Zehner, a former trader at Goldman Sachs and the youngest female ever to be made partner there, understands this notion well, and has used the benefits of her extraordinary professional success in the last ten years towards the decidedly altruistic goal of the advancement of women and girls.  For her, ensuring that their voices and stories are heard is the catalyst to pay it forward, and to that end she has initiated, and become involved in, multiple impressive projects.

She is currently President and Chief Engagement Officer of Women Moving Millions, a collection of purposeful women — along with many involved men – who make donations of at least $1 million for projects designed for the advancement of women and girls around the globe.  By uniting, they are able to exponentially increase the voicing and publicizing of crucial goals for women, and the all-important financial power to support those goals.

Zehner also sits on the boards of many other organizations designed to empower women with a special interest in leveraging “the power of storytelling” as a tool for advancing social change; The Geena Davis Institute on Gender in Media;  the Global Women’s Equality Fund at PAX World;  The Shriver Report; the Women@Paley Initiative at The Paley Center for Media; the Women Filmmakers Initiative at the Sundance Institute; Chicken & Egg Pictures (to support women documentary filmmakers); Gamechanger Films (to support women directors); Catalytic Women; The Board of Leaders at The 2020 Women on Boards organization; and The Women’s Philanthropy Institute Council. [WOW!]

In pursuit of the goal of examining women’s challenges in the workplace and professional roadblocks,  Zehner and her husband sponsored a study titled Women in Fund Management: A Roadmap to Critical Mass — and Why it Matters, with Re: Gender (formerly The National Council for Research on Women).  It explores the impact of under-representation of women in leadership positions, and then recommends steps and guidelines to develop a “critical mass principle” to increase the number of women at all leadership levels.

This is a challenge not unique to wealth management companies, and in general, it is considered that a group of voices of at least 30% or more at “critical mass” elevates those voices so they’re heard, and organizations can start reaping the benefits of diversity.  Thus the imperative, and far-reaching, power of storytelling in a professional context.

Jacki Zehner’s Words from our Q&A:

What inspired you to become a champion of women’s equality?I have always believed that you should try to make a difference in the lives of others, and that you do that where you are, with what you have. While at Goldman, I came to understand that women did face barriers that men didn’t, and I felt it was my job to help change that. So it all started by focusing on women’s leadership at Goldman; then to women in finance; in business in general; and on from there. I have come to realize that at the root of so much that ails our world is gender inequity.

Thoughts on male colleagues that are champions for advancing women in business?I think there are three to four categories of men when it comes to being champions of women’s advancement.

1. There are men who truly understand that women face additional barriers that men don’t, and are willing to actually do something about it.  They work at making things more open and merit-based. This type of guy has usually experienced bias himself, and thus really gets it.
2. There are those that kind of get it, but don’t connect to it personally; they will address overt bias, but really don’t do much differently in terms of their own behavior.  They are more the “bystander” type. When asked, they will say ‘yes, bias exists,’ but they don’t think it’s that big of deal.
3. There are those that really believe the whole inequality thing is untrue, and that, in fact, it may even be white males who are left out of all this ‘affirmative action’ stuff.  Often connected to that is the feeling that women really should be home, taking care of children, and leaving the business stuff to the men.

The vast majority of men I have encountered are in the second category. What is so difficult, and what is needed for men to engage, is their own personal experience with bias. That is one of the reasons storytelling is so important. Women do need to share their stories in a personal way [for the power of storytelling to be ignited]

Advice for professional women on supporting women initiatives?Joining at least one professional network that relates to your field of work is a must, and get to know people outside your workplace; for external causes to support, do what is aligned with your passion.

If your firm does have a women’s network, get involved; that said, a women’s network is great, but take time to join a mixed one too.   I have heard some women say lately that they don’t want to be a part of their company’s women’s network, because they feel it marginalizes women. If that is the case, then get in there, and try to change the perception.

Advice for young professional women?Try to work with great people who are willing to invest in your development. That can make all the difference in the world. It is not just what you do, and where you do it, but who will be teaching you how to be great at what you do. When you start out, you may not have that choice, of course, but over time you will. And don’t stay too long working in a culture that is not strong.

What are your thoughts on “The Power of Dressing Well”?If I had a do-over, I would have invested more time and energy in trying to dress well. I was not horrible, but I definitely made some big mistakes in terms of skirts that were too short, or just not looking professional enough. I JUST attended a workshop at the MAKERS Conference on Executive Presence, where we spoke about this issue in depth.

My big takeaway was that you really need to care about the impression you make. Dress professionally, but with not too-long hair, or overly–done make-up and heels; it kind of rubbed me a little wrong way, as I truly want to be my authentic self which is a little ‘rocker chick’, but I get it! First impressions, especially for women, really matter. Let your work speak, let your talent speak — and then dress up on Saturday night.

Any additional advice or comments for our readers?I am going to be 50 this year, and looking back I feel like I have made so, so, so many mistakes — and yet things turned out alright. On the one hand I think, ‘Oh gosh, if only I knew then what I know now, I could have been CEO,’ but on the other hand, it is making all those mistakes that made me who I am now.  So while you should learn as much as you can, and network, and, and, and…also go easy on yourself.  Push yourself, but don’t pound on yourself.

Also realize that you may face unique barriers because you are a woman, and then again, you may not. If you do, then try to make sure that while overcoming those for yourself, you also try to clear the path for others who may face them too.

Zehner is an influencer on LinkedIn, frequently sharing her thoughts on topics that empower women, and leveraging collective resources to invest in organizations that value gender equality.  She feels it is crucial to encourage women to sponsor organizations that support women and girls, not just thru our donations or investments, but through the trillions of purchasing power we control.

In her acceptance speech for the 2013 Global Fund for Women’s Philanthropy Award, she stated, “Now is the moment: don’t just lean-in, go all-in and support our ability to change the world and create a movement.  Let every moment be an opportunity to advance gender equality.  It’s not just going to be a better world for women and girls; it’s going to be a better world for everyone.”