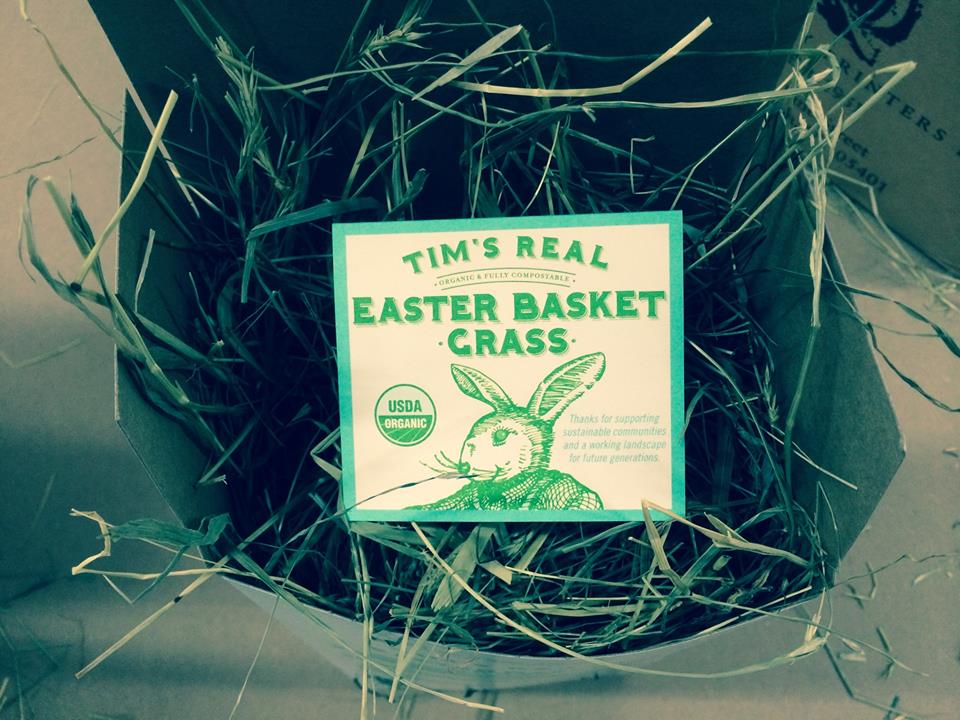 Spring is in the air and Easter is around the corner.  Just those words bring to mind breezes full of fresh air, the debut of pastel blooms and flowers, and stores full of Easter-themed everything: chocolates, eggs, bunnies, and of course the all-important baskets.  If you happen to peruse an aisle of Whole Foods around this time and feel that you can actually smell the burgeoning scent of spring, you are probably not imagining it, and instead have come across “Tim’s Real Easter Basket Grass,” an organic, Vermont-sourced product. It aims to provide an alternative to the stretchy, Day-Glo green plastic grass we probably all remember from childhood Easter baskets. 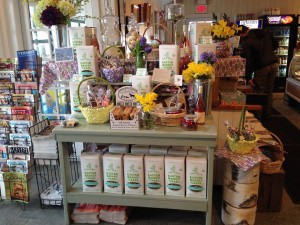 Vermont is a progressive state that has invested in accelerating the development of a green economy, with assistance, grants, and advisors (the fastest growing sector in the state of Vermont is in fact “value-added agriculture”). Luckily for Hilary Hoffman, the imaginative inventor of Tim’s Real Easter Basket Grass, her product falls into that category, and The Center for an Agricultural Economy, which supports local agricultural jobs and services,  is located in Hardwick, Vermont, near to her hometown.

Prior to this chapter in her life, Hilary Hoffman was a mother of two who had relocated back to Vermont with her husband from Washington D.C., where she had been employed as an international environmental advocate.  Her job demanded that she traveled extensively, as did her husband’s.  In her words, as she began to feel that they were missing her kids’ childhoods, she sat down with her spouse and said, “Can we keep this up?”   When they felt the answer was “No,” they decided to pack up and head for Vermont, where, explained Hilary, “It has all four seasons — so the kids get to enjoy the lakes in the summer and skiing in the winter, as well as a culture that is really unique to the state.  But you also need a parent who has the time to really plug them into that stuff, and if we had stayed in D.C., we would have both been traveling a lot.” 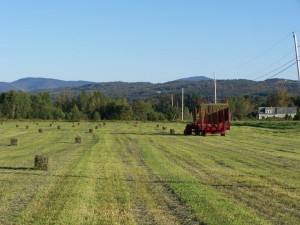 After years of miscellaneous jobs and volunteering around the area, she began to ponder the idea of starting her own business. “I live in a town of 800 people, and it’s really difficult to find a job that pays well that would also work for my hours.  Of course it was the classic situation: how do we have another income, and quality of life, and time to spend with our children, to be able to shuttle them all over the place after school and during the summer.  We really wanted that because that’s why we came here.”

“I knew I needed something that was very socially responsible to really drive me,” she says, about trying to find her calling.  Being an environmentalist and now raising her children in the countryside, each year she would fill her sons’ Easter baskets with fragrant, local hay “as it seemed to make the Easter Bunny a more genuine creature.” That’s when the light bulb went off in her head: “It just struck me one day, this is a value-added product.”  She did research, found out that a variety named “Timothy” is the most fragrant hay, and very quickly found herself sitting opposite an advisor at her local Small Business Development Center.

Hoffman remembers the care and ingenuity she put into her presentation: “It was a brown, full-size grocery bag I stuffed with Timothy hay. I cut out a window and pasted things like “USDA Organic” and “Vermont Businesses for Social Responsibility” on the side.  All of a sudden, the advisor sat back in her chair, and said, ‘This is brilliant in its simplicity.’ “

Hoffman continued meeting with small business advisors and applying for grants, and took her homemade mock-up bag to an upscale design firm, which created the box as it is today. “Branding is really important, and speaking with a PR firm was one of the smartest things I did,” Hoffman says. About this intermediate stage of launching a new product, she notes, “Reach out to any resources you know are out there. If you meet with one, you may get five more leads from that meeting.  One reason the Timothy hay ended up being sold by Whole Foods was that there was nothing like this. You really need something unique, and I think you need a good story behind it. Look at your competition and what’s out there, and be bold.”

Hoffman explained further about the dynamics of her invention’s journey to success.  (Would-be entrepreneurs can take note of her broad,  360-degree view of all elements): 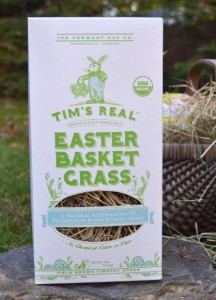 Within two years of business, Hoffman has been invited to join “1% for the Planet,” an organization created by the founder of Patagonia, where businesses commit 1% of revenues each year to an environmental organization. Hoffman reflects, “It’s a pretty big deal, and I was surprised that they asked me. I had also committed to a local organization called The Greensboro Land Trust, which supports programs that introduce children to the outdoors, with the intent of ‘cultivating tomorrow’s conservationists.’ There is a book called Last Child in the Woods: Saving Our Children from Nature Deficit Disorder that states: ‘We have such a brief opportunity to pass on to our children our love for this Earth, and to tell our stories. These are the moments when the world is made whole.’  That ties it all together.”

Featured in the April edition of Martha Stewart Living and sold at Whole Foods, shopterrain.com, chic heritage vendor Harriet’s General, and soon to be at upscale NYC grocer Dean & Deluca, Tim’s Real Easter Basket Grass is a natural, fragrant, and fun way to spice up the Easter season while supporting agriculture and job growth in the U.S.