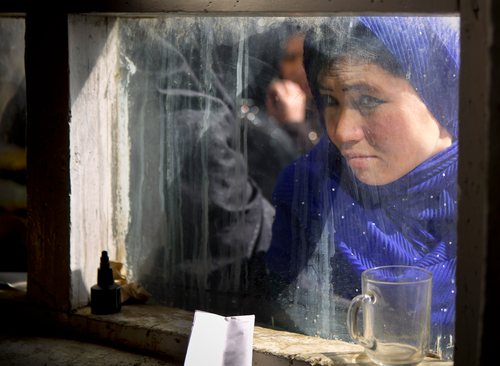 A woman can wield incredible power when she finds her true calling and masters it.

Pulitzer Prize-winning German photojournalist, Anja Niedringhaus, was proof of just that. Niedringhaus, 48, died April 4, 2014 when an Afghan unit commander shot her and longtime coworker, Kathy Gannon, as they delivered ballots to voters in the city of Khost.  They were traveling with a convoy of election workers protected by Afghan security force officers, when one of the unit commanders opened fire on the women.  He was later taken into custody.  Neidringhaus was killed instantly.  Gannon survived the attack and was flown to Kabul for treatment (AP photographer killed, reporter wounded). 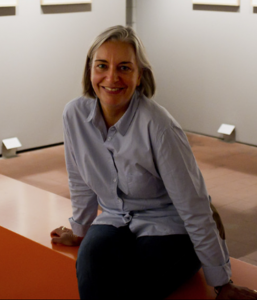 Journalists around the world are mourning the loss of a fallen colleague.  One writer, Christopher Reuter, called her “a masterful war photographer, unshaken in a world that is inhabited almost exclusively by men”.  Niedringhaus never cowered in the face of terror.  By standing her ground in a world dominated by men, she encouraged other women to do the same in their own realms of possibility. Her photos captured the faces and spirits of the 69 women newly introduced as members of the 249-seat Afghanistan Parliament.  Women who used to fear leaving their homes when the Taliban had control of the country were now lawmakers like Habiba Danish and Hamida Ahmadzai changing the face of the Afghanistan government. Niedringhaus captured it all.

The young photographer got her start in journalism with the European Pressphoto Agency in Frankfurt, Germany in 1990.  According to the International Women’s Media Foundation, during one of her first assignments in the Balkans, Niedringhaus was hit in her flak jacket by a sniper’s bullet.  However, that didn’t deter her and years later in 2005, IWMF would honor Niedringhaus with the Courage in Journalism award.

Her strength transcended into her work and into the subjects that she photographed.  Her courage melted their fears and encouraged them to hope for more, for better.  Her final work captured, among other things, many courageous Afghan women preparing to take part in a political process which, just years ago, did not exist.

In the days since her death, people all over the world, not just journalists, mourn a severe loss, a genuine smile forever gone.  Friends and family are coming forward to remember the fearless, talented woman who was Anja Niedringhuas.  In a National Geographic article, one of Niedringhaus’ long-time friends and fellow photographers, David Guttenfelder, was asked how he would describe her photography.  Guttenfelder said: “She covered every major conflict, every massive world-changing event of the past 25 years. She was unflinchingly brave. Not in a cavalier way, but more like ‘This is very dangerous. But it’s important. It has to be done. It has to be covered. Who else is going to do it? I’m going.’  … She’s the only one I know who could go to the front lines of Afghanistan or Libya, and then also be AP’s go-to photographer for the primo finish line position of the Olympic 100-meter dash final. She never, ever missed.”

She was a woman who confronted terror and injustice head-on, facing the most precarious situations armed with only a camera.  More importantly, she found beauty within those situations, seized it, portrayed it for the world.  She was versatile, she never limited herself.  As Guttenfelder stated, in the midst of her war coverage, she photographed the London Olympics in 2012, where she took some of the most iconic photographs to come out of the events.  She captured perfectly the victories of champions, while simultaneously giving voice to the oppressed.

In a memo to his staff, AP President Gary Pruitt wrote that Niedringhaus was, “spirited, intrepid and fearless, with a raucous laugh that we will always remember.”  He continued that, “This is a profession of the brave and the passionate, those committed to the mission of bringing to the world information that is fair, accurate and important.  Anja Niedringhaus met that definition in every way.”

Anja’s talent and versatility gave her the ability to capture lightness in the darkest moments, even in war.  In memoriam of Anja Niedringhaus, we will relive her memories through her photographs and try to capture that same light.  We will follow our deepest passions, because only then can we truly be great.  We will remember to never forget our struggles, and always remember our triumphs. 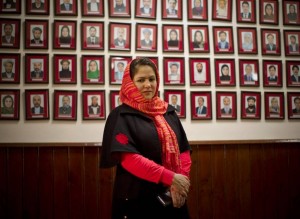 March 28th, 2014 – Anja Niedringhaus made portraits of some of the 69 female lawmakers in the Afghanistan’s 249-seat parliament 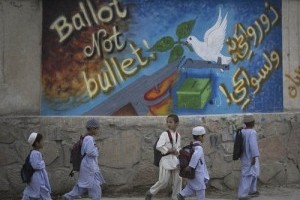 March 24th, 2014 – “School children pass by a graffiti reading, “ballot not bullet” on their way back home on the outskirts of Kandahar, southern Afghanistan” – Anja Niedringhaus 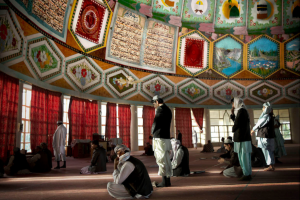 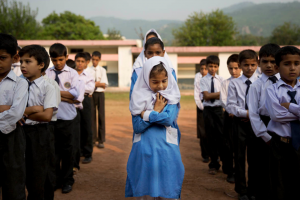 Oct 11, 2013 – “A Pakistani girl lines up among boys for their morning assembly where they sing the national anthem at a school in Islamabad, Pakistan” – Anja Niedringhaus 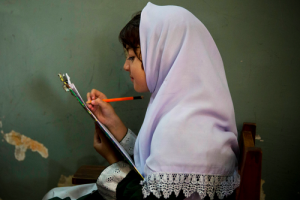 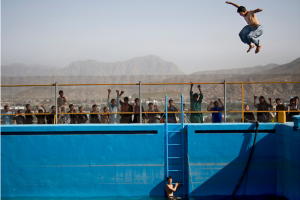 May 24th 2013 – “An Afghan man jumps from a diving board into a swimming pool on a hill overlooking Kabul.  The swimming pool, built by the Soviets more then 30 years ago, has rarely been used, caught instead in the middle of decades of war.” – Anja Niedringhaus 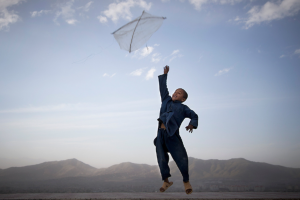 May 17th, 2013 – “An Afghan boy flies his kite on a hill overlooking Kabul. Banned during the Taliban regime, kite flying is once again the main recreational escape for Afghan boys and some men” – Anja Niedringhaus 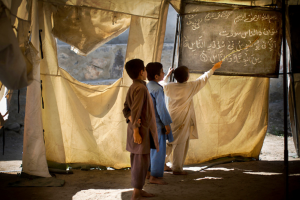 February 17th, 2012 – “A Pakistani Army soldier with the 20th Lancers Armored Regiment stands atop the 8000-foot mountain during a patrol near his outpost, Kalpani Base, in Pakistan’s Dir province on the Pakistan-Afghan border” – Anja Niedringhaus 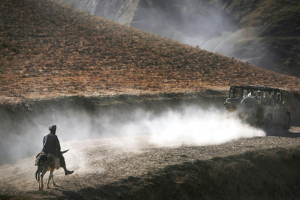 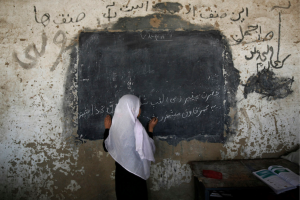 Sept 21st, 2008 – “An Afghan girl writes on a board in front her class at the girls high school Ayeshe Sedeqa in the center of Kunduz, northern Afghanistan” – Anja Niedringhau

We will be spirited.

We will be intrepid.

We will be fearless.