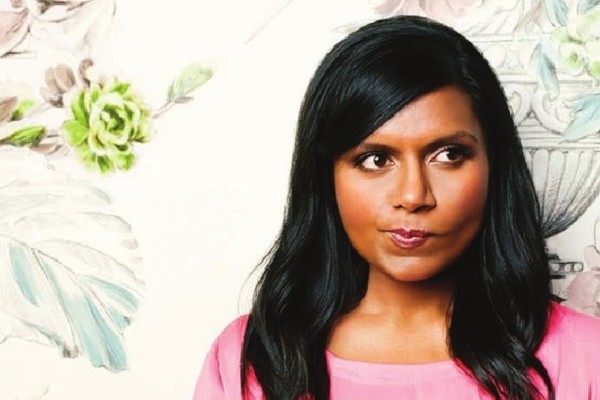 Sure, October is synonymous for lots of things: costumes, pumpkin carving, scary movies, fall fashion, raking leaves – but what about books? Because, despite what the stores tell you, October is not just about candy corn and overly sweet lattes – it’s is also National Book Month.

Really, what goes better with the changing seasons and warm beverages than a good book? Nothing. Not even our beloved Netflix accounts. So, in honor of all things bound and published, we’ve put together a list of some of our favorite books by some of our most inspiring women writers.

Where’d You Go, Bernadette by Maria Semple
Maria Semple built a name for herself in Hollywood. As a television writer for some well-known and fondly remembered shows (Beverly Hills 90210, Ellen, Mad About You, Arrested Development), Semple spent 15 years creating some of our favorite small screen characters. But it was the birth of her daughter that pulled her away from TV and into novels. Her second novel, Where’d You Go, Bernadette, is more than a humorous family tale, it’s an interesting and comforting look at a quasi-dysfunctional family from the eyes of the prodigy daughter, to the mouth of the neurotic and well-meaning mother. This might be the warmest, dark comedy available on bookshelves.

The Summer We Got Free by Mia McKenzie

Mia McKenzie, known to many as the creator of the revered blog, Black Girl Dangerous, released her debut novel in 2013. Since then it has received praise from reviewers large and small, and also took home the 2013 Lambda Literary Award for Debut Fiction. The story follows free spirit, Ava Delaney, as she suffers the irreplaceable loss of a family member and her subsequent journey to regain her former self.

Is Everyone Hanging Out Without Me? by Mindy Kaling
Mindy Kaling’s 2011 memoir still ranks high on the need to read list, maybe because she didn’t just rely on her life story or her comic-skills to make Is Everyone Hanging Out Without Me? such a great book. Kaling offers up her life-musings, personal backstory, and a pinch of general inspirations, leaving us wondering is there nothing that this Emmy-nominated writer can’t do? From being the first women staff writer for The Office, to directing multiple episodes, and producing her own show, The Mindy Project, Kaling is an inspiration to us all.

Patti Smith is idolized for her contribution to New York’s punk movement of the seventies, and how she helped shaped today’s women rockstars. An amazing talent on her own, Smith’s relationship with iconic photographer, Robert Mapplethorpe, is the basis of her printed tale. A must-read for music and art lovers alike, Just Kids offers readers an intimate look into the lives of two best friends and struggling artists as they climbed their way to fame, and the gap Mapplethorpe’s death left in Smith’s life, even today.

Classics (of the modern variety)

Beloved by Toni Morrison
Choosing one book from the work of newly canonized novelist, Toni Morrison, is no easy feat. But her 1987 novel, Beloved, stands out for its dealings with mother-daughter relationships, it’s ode to slavery, and the hopeful ending it offers. Beloved won Morrison her first Pulitzer for fiction, as well as the American Book Award. Nine years after it was published, The New York Times Book Review called it the best American novel published in the past quarter century. Having taught at universities throughout the country, Morrison herself is a woman worthy of idolization. In 1993 she became the last American – and the first black woman – to receive the Nobel Prize in Literature.

The Joy Luck Club by Amy Tan
Like Morrison, there’s no one book over the rest in Amy Tan’s collection. But, since The Joy Luck Club stole a bit of inspiration from her own family life, and centers on the relationships  between chosen family and mothers and daughters we couldn’t help but choose this one. Before writing, Tan tried her talented hand at many a career. With a Masters in Linguistics, she worked as a children’s Language Development Specialist, when she tired of that she starter a freelance business writer career, and finally took up fiction writing in her spare time. Nine years later, in 1989, The Joy Luck Club was published. She served as the co-producer and co-screenwriter for the film, and has lectured at universities all over the world.

Though Joyce Carol Oates has been writing novels, novellas and short stories since 1963, her 2011 fictional worked based on Marilyn Monroe might be our favorite. Though Oates assures readers that the novel is purely fictional, the story offers a fascinating look into the life of one of Hollywood’s most truly fascinating faces. It’s one of Oates’ three works that have been nominated for a Pulitzer, but Oates herself has won numerous awards, including three lifetime achievements from the Norman Mailer Prize in 2012, Oregon State’s Stone Award for Lifetime Literary Achievement in 2012, and The Ivan Sandrof Award in 2009. She has written over 40 novels.

What are you reading this month? Tell us in comments below, and keep an eye out for Part II of this list, focusing on genre works, coming next week.