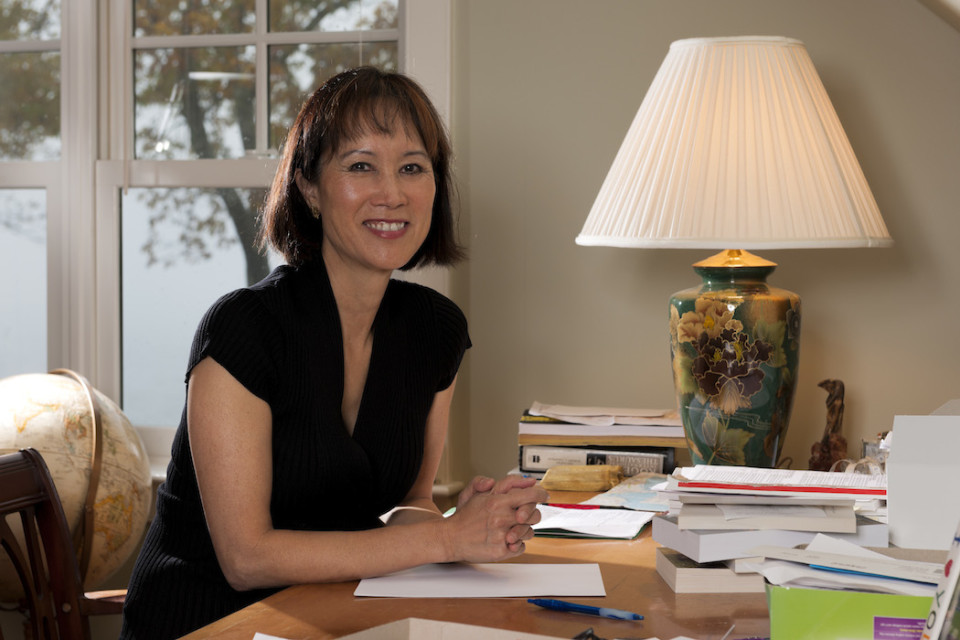 From Novel to Prime Time

How Rizzoli & Isles Went From Side Characters to Leading Ladies

Before Tess Gerritsen entered the third grade she knew storytelling was in her blood. But even at such a young age, her parents worried for her future financial stability and urged her away from a career in writing. Instead, the woman, who would eventually create the novels behind TNT’s hit drama series, Rizzoli & Isles, started her professional life in the medical world. 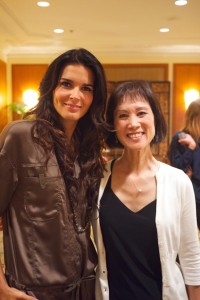 With an M.D. from the University of California, San Francisco, Gerritsen worked as an internal doctor for a number of years. Yet her love of writing never waned. She continued to pen short stories throughout school and work, but it wasn’t until her son was born that she found the time to write her first novel, while on maternity leave.

Her writing took on a snowball effect, and in 1990 she officially left medicine in order to do so full-time. From romance suspense novels to crime and medical thrillers, Gerritsen’s career as an author has thrived for nearly four decades. In 2001, she crafted the world’s first look at police detective Jane Rizzoli, and the rest – as they say – is history.

The writer took some time from her busy schedule to talk to SharpHeels about writing, her career jump, and, of course, television’s favorite best friend duo.

Can you tell me a bit about how your career as a doctor helped shape you as a writer?Medicine is a great profession as a background for storytelling, because you meet people from every socioeconomic group, all races, all cultures. You hear about their lives. You see the drama of life and death in a hospital. And you learn how much in common all human beings have. It also gave me the scientific background to write about medicine, and to take my readers behind the scenes of the profession. I find that I incorporate either medicine or science into almost all of my thrillers.

When you first wrote Jane Rizzoli did you know that you were going to continue on with the character? Did you already know about Isles?No, not at all. Jane Rizzoli was supposed to die in that first book, The Surgeon. She was merely a secondary character, and from the moment she walked onto the page, she was not very likable. Why bother to make her sympathetic, when I thought I was going to kill her anyway? But in the course of writing the book, she began to grow on me. Her toughness, her brilliance, and the barriers she had to break through were all things that intrigued me. By the end of The Surgeon, I just couldn’t finish her off. She survived the story, and then I wondered: What happens to her next? Does she ever find happiness? Which is why I wrote the sequel, The Apprentice.

That’s when Maura Isles first appears. I had auctioned off the right to name a character for charity, and the winning name was “Dr. Maura Isles,” so I had to fit in a character with that name. As soon as she appeared in the story, she puzzled me, because I couldn’t get a good read on her character. I wanted to know more about her. That’s why I wrote The Sinner.

It seems my characters are always growing on me, and forcing me to write books where they can take center stage!

Both Rizzoli and Isles are inspiring women role models; they’re strong, independent, and work jobs that are, more often then not, associated with men. Did you have any inspiration for these characters?Maura Isles is very much based on myself. We both believe in science, we both want to think there’s a logical answer to even the unanswerable questions, and we’re both loners. Much of her biography is my own, from where she went to college and medical school to what kind of car she drives.

Jane Rizzoli is modeled after just about every female cop I’ve met – they’re tough, tenacious, and they have to be able to stand up to the men. Jane’s pretty fearless, and, in that way, she’s the opposite of me.

When did you learn that the series was going to be turned into a TV show and what were your first thoughts?I got a call from a producer who told me “I love your girls, and I think they belong on TV,” and he optioned the rights to the characters. I didn’t get too excited, because Hollywood deals seldom amount to anything. But a year later, he told me they had a great script, TNT was interested, and they were ready to look for actors to play Jane and Maura. Even then, I didn’t think it would actually happen, so I was really amazed when they went on to film the pilot episode. I was just as amazed when it was picked up as a TV series. And really amazed that it’s gone on for five seasons now, and will hopefully go on to more.

I see your name in the credits every time I watch the TNT drama, what’s your day-to-day role in crafting each episode?My name is only there as the author of the novels on which the show is based. I take no credit for writing the episodes – that’s all the hard work of a team of writers. I’m in the wonderful position of getting credited for creating the series – and not having to do any work at all to keep it going!

And you’re still writing novels as well, correct? Where do you get all the ideas? 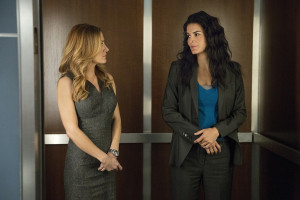 Yes, I continue to write the series. The eleventh Rizzoli & Isles book, Die Again, will be published on December 30th of this year. Like so many of my books, it was inspired by something that frightened me. I was at a safari lodge in South Africa when an unexpected encounter with a leopard rattled me. Luckily, we had a really good bush guide who kept us safe, and I realized that a tourist’s life depends on the skills of the bush guide. Then I thought: what if the guide isn’t who he says he is? What if he’s an impostor, who picked you up at the airstrip after killing the real guide?

Die Again is about a group of tourists who go into the African bush – and are never seen again. Years later, there’s a series of murders in Boston, and Jane follows the clues back to that missing safari party, and what really happened to them.

Do you ever miss the doctor’s life?No. I like not getting awakened in the middle of the night to go to the hospital!

What advice would you offer to aspiring women writers?Make your writing a priority. Don’t let your family make you feel guilty. This is who and what you are, and you should be allowed to express yourself!

Gerritsen currently lives in Maine with her family, and proudly spends her time works as an author. She’s written over two dozen novels, many of which have become bestsellers.

As for the television series, this past season drew an average of five million viewers each week, making Rizzoli & Isles TNT’s most successful, scripted series, according to TV Series Finale. Though the season finale premiered on September 2, the show’s Facebook page promises the return of all new episodes later this winter. Just in time for Gerritsen’s latest book release.