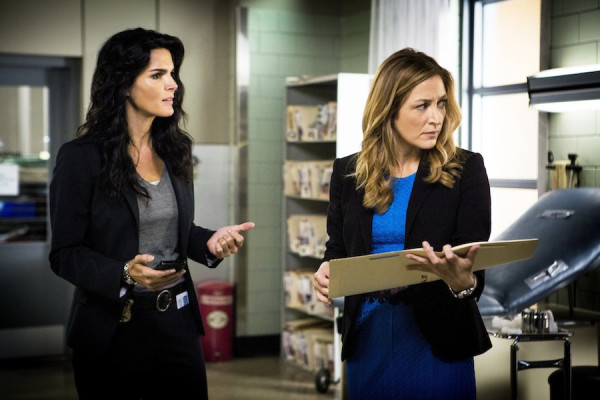 Last week, in honor of National Book Month, we shared with you some of our favorite women writers. But that list is long, and we realize that some writers get swept under the rug because they’re fantastical or far-fetched. Yet, their time spent creating magical worlds, dark worlds, and beautiful worlds, does not go unnoticed or unappreciated. Nor should they, as many of these books offer readers a break from the mundane.

With that in mind, what better time than the witchiest of all months, to celebrate those women who take on genre categories. Their writing simultaneously inspiring and terrifying us with their made-up worlds.

Outlander by Diana Gabaldon
With the overwhelming success of Starz’s television adaption of Diana Gabaldon’s Outlander novels, the books are back in the spotlight. Though the first self-titled novel was published in 1991, Gabaldon is still hard at work on the series, which currently consists of eight books. However, the author – who has an intensive background in biology and a Ph.D. in Quantitative Behavioral Ecology – revels in the world she has created. Aside from Outlander, Gabaldon has also penned a spinoff series as well as a graphic novel. Yet the original story’s time jumping, love triangle is – in part – so amazing due to Gabaldon’s impressive main character. From her medical training to her outspokenness, Claire Randall has become a literary role model. And while the story doesn’t easily fit into any one genre (both romance and historic fiction are equal contenders), Outlander offers readers a time traveling escape with more depth than a typical love story.

Brown Girl in the Ring by Nalo Hopkinson

A science fiction and magical realism writer, Nalo Hopkinson’s work is heavily influenced by her personal upbringing in the Caribbean. After years of writing short stories, Hopkinson wrote her first novel, Brown Girl in the Ring, in 1998. The futuristic book uses the guise of a science fiction-based future to tell the story of Ti-Jeanne, a new mother who must save her family from the city’s dictator and criminal mastermind. Through old magic and her family’s culture, Ti-Jeanne becomes a beacon of hope by the story’s end. In 1999, the novel won the Locus Award for Best First Novel. Many of Hopkinson’s books have received literally awards, and while the writer has spent several years battling a learning disability and severe illness – which left her homeless for a time – she is now a creative writing professor at University of California Riverside.

The Surgeon by Tess Gerritsen
If the name, Tess Gerritsen, sounds a bit familiar it might have to do with TNT’s summer series, Rizzoli & Isles. Gerritsen, who spent the first eleven years of her professional life working as a doctor, is the woman responsible for creating detective Jane Rizzoli and doctor Maura Isles. In fact, it’s thanks to her medical background that readers – and viewers – are often taken into the autopsy room so they can “see what I’ve seen, and to experience what it’s like to hold the pathologist’s knife,” she says in bio. In 1990, Gerritsen officially left medicine to give writing her full time attention. Though she’s written multiple crime and medical thrillers – many of which have found themselves on the bestsellers list – The Surgeon is her first novel to feature Rizzoli. The best friend duo star in ten subsequent novels, with the latest, Die Again, being released this January.

The Likeness by Tana French

While any book in Tana French’s Dublin Murder Squad series is worth a read, The Likeness stands out for it’s powerful woman lead. The second novel in the series, this book follows the undercover detective, Cassie Maddox, as she pretends to be Lexie – a recent stabbing victim who shares an uncanny resemblance with Cassie. French offers her readers such a powerful connection to her protagonist that when things start to go wrong for Cassie it feels personal. A trained actress with a degree from Trinity College, French worked in the entertainment business before penning her first novel in 2007. Though her writing consists solely of the Dublin Murder Squad, her novels have received multiple awards including the Los Angeles Times Book Prize in 2012. There are now five books in her series.

Rebecca by Daphne du Maurier
Daphne du Maurier, also known as Lady Browning, wrote Rebecca in 1938, making this the oldest book on our list. In the 76 years since it’s publication, the Gothic romance meets psychological thriller has not only remained a bestseller, it’s also never been out of print. While du Maurier authored seven novels, multiple short stories, and a dozen works of non-fiction before her death in 1989, Rebecca is considered her Masterpiece. Following a nameless narrator, the book intertwines three women’s stories of jealousy, obsession, and love. Two years after Rebecca was released, director Alfred Hitchcock made it into an Oscar-winning movie staring Joan Fontaine and Laurence Olivier. We suggest reading the classic before the long-rumored remake gets made.

The list of genre women authors is long, and we realize we’re just covering the very tip of the iceberg. So, in honor of the upcoming supernatural holiday, tell us who are the women writers that make your hair stand on edge, or offer you escape from your day to day?