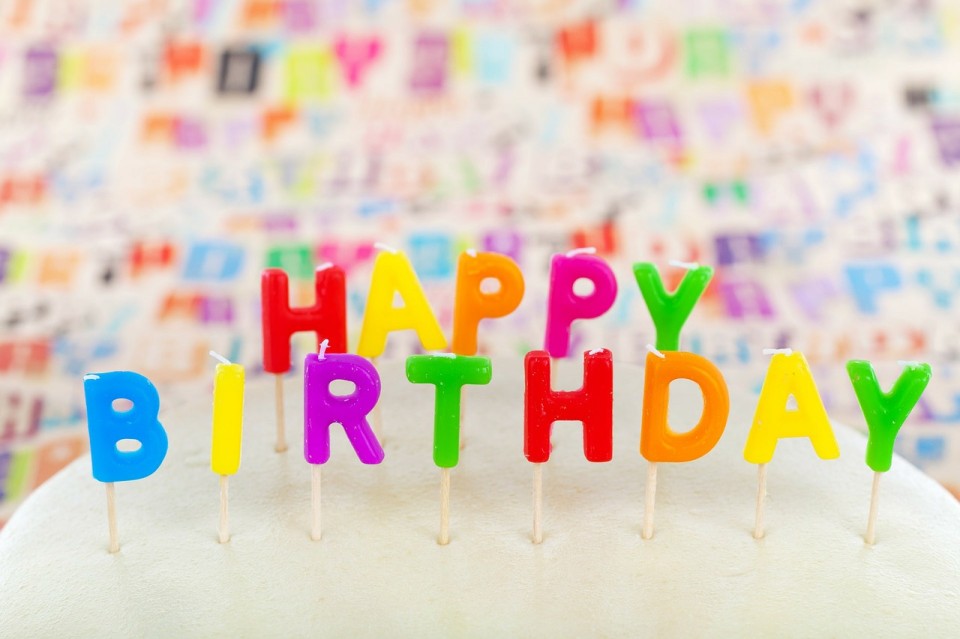 Pisces took astrology’s center stage on February 19. From now through March 20, the empathetic Pisceans will rule the zodiac.

As the first water sign of the calendar year, Pisces – frequently referred to as the “fish” – are as compassionate as they are mysterious. Like their animal counter-party, they frequently slip away without ever offering insight into their secretive thoughts. Yet, people under this sign are known for their imagination and brilliant ideas (Horoscopedates.com). Their vibrant inner thoughts help make Pisces one of the most artistic – and musical – signs of the 12 horoscopes.

Aside from their creative prowess, Pisceans are often respected for their intuitive powers, and dedication to helping others. In fact, this sign tends to draw strength from helping others out of unfortunate situations. Due to their endless compassion, these winter babies are quite comforting to be around, and are definitely water’s most easy-going sign.

Below are five of our favorite Pisces Women who’ve learned to utilize their astrological traits to further their careers and beliefs. 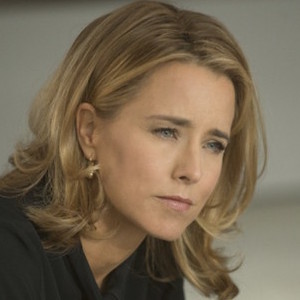 Since her acting career began in the early nineties, Téa Leoni has managed to keep herself both relevant and visible without fully committing to the superstar lifestyle. From her very first role on the soap opera, Santa Barbara, to her first film appearance with a bit part in A League of Their Own, and starring roles in some of Hollywood’s biggest box office hits of the early oughts, Leoni has collected fans without collecting tabloid gossip stories – despite her ex-husband, David Duchovny’s notorious sex addiction. With her return to television this past fall, as Elizabeth McCord – the U.S. Secretary of State in the new hit series, Madam Secretary – Leoni has officially become one of primetime’s most beloved leading ladies. The series, which Leoni also produces, returned from winter hiatus on March 1, and was renewed for second season back in January. From recent interviews, the actress can’t wait to dedicate more of her skills to fully developing her character.

Considering her Pisces empathy and compassion, it comes as no surprise that Leoni became a goodwill ambassador for UNICEF in 2001. As the third generation of UNICEF volunteers, Leoni was named a National Board Member for the U.S. Fun for UNICEF in 2006. As a promoter of the organization’s Global Campaign for Children and AIDS, Leoni helped raise money to support children orphaned or impacted by HIV/AIDS. In 2007, she and her father – Tony Pantaleoni – were honored for their dedication to UNICEF with the Audrey Hepburn Humanitarian Award. 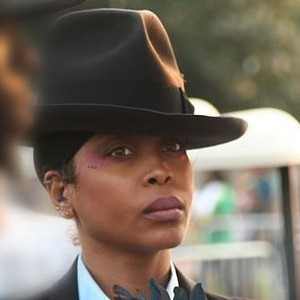 Everything Erykah Badu does is infused with her artistic Pisces touch. Due to her ability to mix musical genres – specifically R&B, hip-hop and jazz – Badu is considered one of the greatest talents, and visionaries – of modern day music. Her work is deeply rooted in her beliefs, and frequently addresses modern day inequalities. And for her work, she’s received nearly half a dozen Grammys and has been nominated for another half dozen. In 1997, Badu began Beautiful Love Incorporated Non Profit Development, a non-profit based in Dallas – her hometown. With B.L.I.N.D Badu hopes to provide “community driven development for inner-city youth through music, dance, theatre and visual arts.” As a mother of three, Badu’s Piscean traits inspire and drive her to always be a parent first, and to assist children in need. But with a seemingly overflow of creative inspiration, Badu doesn’t limit her talent to just the music industry. In 1998, the effulgent musician entered into the acting world as well. Though she’s appeared in multiple films – and a few TV shows – Badu’s most notable role was that of Rose in Cider House Rules, which earned her a Black Reel Award in 2000, as well as a Screen Actor’s Guild nomination. In addition to her performances, Badu has been the face of Tom Ford’s White Patchouli collection, and the 2014 Spring Collection by Givenchy. 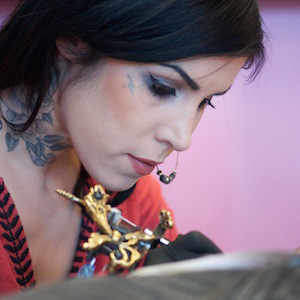 It’s quite possible that Kat Von D is the most famous tattoo artist of modern times. Made famous by her stint on TLC’s Miami Ink, followed by her own reality series, LA Ink, Von D harnessed her Piscean imagination to grow from a talented artist into a full-fledged entrepreneur. Though LA Ink ended after four seasons in 2011, it didn’t put a wrench in this Pisces success story. Von D has  published two books: High Voltage Tattoo and The Tattoo Chronicles; and she’s also the mastermind behind the MusInk Tattoo Convention and Music Festival located in Southern California’s Orange County. Since 2008, the artist has worked with Sephora to create and release a new makeup collection each year.

Like her other Pisces counterparts, Von D has also dedicated her time and talent to helping others. In 2012, in conjunction with Sephora, she toured her first solo art show across a ten-city tour. For each piece of art she sold, the profits went to Art of Elysium, a LA-based charity that “encourages working actors, artists and musicians to voluntarily spend their time and creativity with children who are battling serious medical conditions.” In fact, Von D has donated her time to the charity in person as well by visiting the children for drawing sessions. 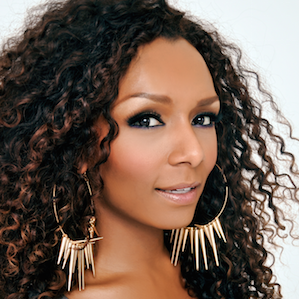 Activist and New York Times bestselling author, Janet Mock popped into pop culture back in 2011 when she publically came out as transgender in an article published for Marie Claire Magazine – where she now works as Contributing Editor. Last year, this “Beyonce scholar” (as she refers to herself) released her memoir, Redefining Realness: My Path to Womanhood, Identity, Love & So Much More. Ever since the book hit shelves, Mock has become a popular speaker and host of Shift by MSNBC’s So POPular! – the weekly show that explores “popular culture from a progressive and millennial lens.” With her Piscean empathy, Mock has become one of the forefront advocates for trans women’s rights. Several years ago she created the social media hashtag, #GirlsLikeUs – still in use today, the hashtag has helped to connect and create community for transwomen throughout the globe and also celebrate womanhood in all forms. The Pisces lady also works with LGBTQ youth at New York’s Hetrick-Martin Institute. In addition to all the above, Mock also works as a correspondent for Entertainment Tonight, and appeared in 2013’s The Out List, a documentary created by and for HBO. In January, Time Magazine named Mock one of the 12 New Faces of Black Leadership. 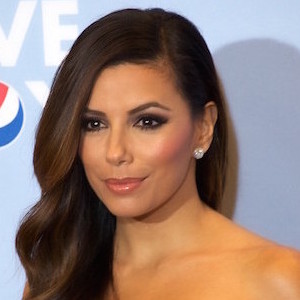 Desperate Housewives star, Eva Longoria, is much more than just a pretty face. Though the actress has been repeatedly named one of the most beautiful women in the world, her talent and business-savvy are equally – if not more – notable. Longoria had her first acting role in 1999, but her career didn’t take off until 2003 when she was cast as Gabrielle Solis, in ABC’s Desperate Housewives. During the show’s eight-year run, Longoria became an audience favorite. The actress was nominated for multiple awards, including a Golden Globe for Best Actress in TV Series (comedy), and she’s took home the People’s Choice Award for Favorite Female TV Star in 2007. Since the show’s end, the Piscean actress has starred in multiple films, and has also went on to direct several TV episodes. Apparently, behind the scenes work suited her as she continued to work as an executive producer for two documentaries, The Harvest and Food Chains. Aside from her acting work, Longoria has been the face of many fashion and beauty products, including L’Oreal Paris, Microsoft, and Bebe Sport. In 2008 she opened Beso, a restaurant located in Hollywood with celebrity chef, Todd English, and penned her first book, Eva’s Kitchen: Cooking with Love for Family and Friends, in 2012.

In 2006, Longoria co-founded Eva’s Heroes with Christiane-Perkins Garcia. Based in San Antonio, TX, the non-profit works with individuals 14 years old up with intellectual special needs. “Eva’s Heroes offers unique opportunities for these young men and women that they may not be able to experience elsewhere.” The actress credits her sister as her reason for getting involved with this work. But her humanitarian work doesn’t stop there. Longoria is also connected to PADRES Contra El Cancer, OmniPeace, and more. In 2009, The Hollywood Reporter named the compassionate Pisces Philanthropist of the Year.

We also love Wanda Sykes, Becky Hammon, Rihanna, and of course all our Pisces readers! Tell us in the comments below how your Piscean traits have furthered your career. Happy Birthday, fishes!