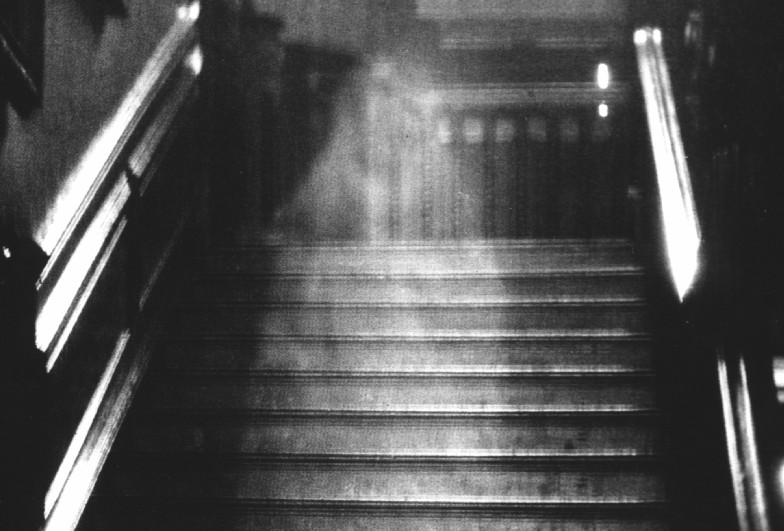 In the long, dark hours of the holiday season, ghost stories, whether born of folklore or historical tragedy, spring to life around the glow of a warm fire — or splashed across the television screen as entertainment during the weeks leading up to Halloween and into the New Year. The two-month holiday season, which can bring the highest of spirits, has also brought some of the most notable historical tragedies. Believe in them or not, each of these famous ladies has a haunting tale that is sure to capture the imagination of even the biggest skeptic.

Anne Boleyn (England) – King Henry VIII’s famous second wife, Anne Boleyn became the Queen of England in 1533. After not being able to produce a male heir, she was accused of adultery, incest, and high treason, and was beheaded at the Tower of London on May 19th, 1536. Her ghost, described as a “whitish, female figure,” has been spotted in a number of places around England including Hever Castle (her childhood home), Blickling Hall, Salle Church, Marwell Hall, and of course at the Tower of London.

The Brown Lady of Raynham Hall (Norfolk in England) – Believed to be Lady Dorothy Walpole, the second wife to Charles Townsend and sister to Robert Walpole, Britain’s first Prime Minister, this spirit is called the “Brown Lady” due to the brown dress she’s been seen wearing. After her husband discovered she was having an affair with a family friend, Lord Wharton, she was locked in her rooms at Raynham Hall. She remained locked away from family and friends, even her children, until her death in 1726 from smallpox. Her first documented sighting was in 1835, but she became famous in 1936 when two photographers from Country Life magazine captured a photograph of her descending the main staircase. The authenticity of the photograph is, of course, questionable. She hasn’t been seen since.

Bloody Mary (Unknown) – Likely one of the most notable folklores/ghost stories from your childhood told over the sparkle of a campfire or in the dark, whispered during a sleepover… “Bloody Mary…Bloody Mary…Bloody Mary…” She is said to appear in a bathroom mirror when her name is called three times. There are two theories for her origin: some believe she is the ghost of Queen Mary I, who, during her reign as Queen of England, failed to produce an heir and had many miscarriages — hence her nickname became “Bloody Mary.” The more popular belief is that she is a witch named Mary Worth, who legend says killed children to keep herself young until she was eventually burned at the stake.

Resurrection Mary (Justice, Illinois – Southwest of Chicago) – Since the 1930’s, between Willowbrook Ballroom and Resurrection Cemetery, she’s been spotted by male drivers, who have reported picking up a young female hitchhiker in a white party dress with light blonde hair and blue eyes. The story goes that Mary had spent the evening dancing with a boyfriend at the Ballroom, and after an argument with him, walked home and was struck and killed by a hit-and-run driver.  Her ghost is seen in Resurrection Cemetery, wearing a beautiful white dancing dress and matching dancing shoes.

The White Lady – Many female ghosts around the world have been given the name “The White Lady.”  The most recognized fable in the United States concerns a young bride who was tragically killed on her wedding night, forever haunting the living in her bridal gown. In medieval England, this spirit was believed to appear by day as well as by night, as an omen of death. In Scotland, she was rumored to have been the lost soul of a suicidal girl who threw herself out of a tower. And throughout Europe, a white female ghost haunts castles, palaces, bridges, and forests.

Dolley Madison (Washington DC) – The wife of President James Madison, the fourth president of the United States, who is known as the “Father of the American Constitution” and the author of “The Bill of Rights.” She was one of the most popular first ladies to have presided in the White House, known for vibrant parties and taking exceptional pride in how her tastes shaped the interior design and landscape of the White House. It is said that when Edith Wilson ordered the Rose Garden to be ripped-up, Dolley’s ghost appeared to shoo workers away; she still roams the halls and oversees the Rose Garden to make sure it stays to her liking.

Theodora Burr (South Carolina) – The daughter of U.S. Vice President Aaron Burr and wife to South Carolina governor Joseph Alston, Theodosia Burr Alston was lost at sea at age 29, after she boarded a ship, the Patriot, on New Year’s eve in 1812, sailing from South Carolina to New York City, and was never to be seen again. One version of her tale claims she washed up on shore with a portrait of herself, with no memory of who she was, later to return to sea with her portrait in tow to save it from being taken. She is said to be seen on the docks where her ship set sail, at her husband’s plantation (Oaks Plantation, now renamed Brookgreen Gardens), and near her old summer home in Debordieu.

Madame LaLaurie (New Orleans) – Marie Delphine Lalaurie was a Louisiana-born socialite, credited by some as America’s first serial killer, known for the torture and murder of slaves. In 1934, a fire erupted her home, and when neighbors rushed in to help, they followed screams to a locked door. Upon breaking it down they discovered a horror show of slaves, tortured, chained, and mutilated. An angry mob chased LaLaurie out of town, and corpses were reportedly uncovered under the house’s floorboards. She died in 1849 in Paris, but it is said that her hideous acts have condemned her to walk the lands of her old home for all time. The LaLaurie House is located at 1140 Royal Street and it has been called the Most Haunted House in New Orleans.

Olive Thomas (New York City) – A well-known silent film actress and model, whose life ended on September 10, 1920 in Paris at the age of 25, Thomas’ death has been cited as one of the first heavily publicized Hollywood scandals; it was ruled an accident, but there’s wide speculation that was in fact a suicide. Olive has been said to haunt the New Amsterdam Theater in New York City, where she once owned the spotlight. She’s been spotted so often by stagehands that a superstition has risen, claiming it’s best to say “Goodnight, Olive,” as you leave so as not to snub the theater’s long-time resident.

Abigail Adams (Washington DC) – Wife to President John Adams and notably the very first First Lady of the White House, after the capital moved from Philadelphia to Washington. She hosted dinner parties and receptions like her predecessors, but she was also a strong advocate for women’s rights, and was so politically active, her political opponents came to refer to her as “Mrs. President.” She died of typhoid fever on October 28, 1818. Her ghost has reportedly been seen hurrying towards the East.