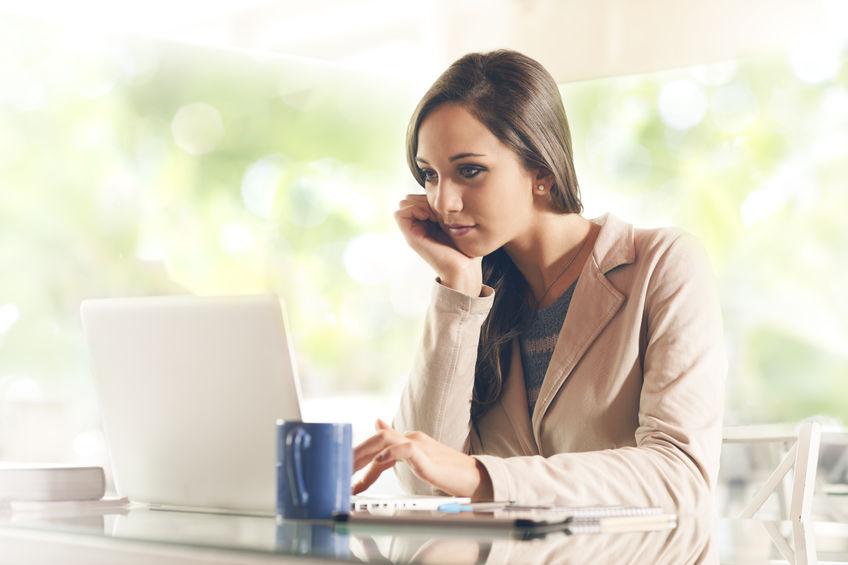 Tips to Advance Your Career

3 Ways to Boost Your Planning Capability, Prioritize Projects & Re-Vamp Your Outlook at Work

Of all the businesswomen working today, who wouldn’t want to advance their careers in the most efficient way? In particular, women in tech are facing the greatest challenge: we need to be technically as sharp as our male counterparts, in addition to handling the extra stress of being the absolute minorities. After all, how many times when you attended a team-building event did you find yourself being the only lady on a dodgeball team? Or how many times when male coworkers were talking about sports, did they just assume you wouldn’t be interested in the topic?

In short, there are so many aspects to the issue, and while companies are already trying to hire more women in tech, following are three tips to refresh your mind about what you to do to help advance your career:

Spend your Time on Important Tasks — not Urgent Ones

Ideally, a career woman should prioritize her time based on this order. Mostly, in fact, it is crucial to work only on the first two categories; in other words, always put the priority for “important” tasks ahead of “urgent” ones. This can actually be very hard to execute, since on many occasions, one may feel trapped in the firefighting mode to deal with those “urgent” issues – i.e. because the boss says it is first priority, or because there is a deadline associated.

Since those “urgent” projects, tasks, etc. can often be suddenly thrown in your lap, it is then that you have to discern their true nature.  To carry the metaphor further: being a “firefighter” at work may earn one trust and credit, but it can only help one go so far. On the other hand, being a busy bee at work is not going to make you the real hero – but the truth is that, many times, fire will cool itself down, or even end up just being a false alarm. So it may be necessary to cut down time on those “urgent” issues to avoid being distracted from focusing on the most important ones.

Therefore, put your energy and focus, whenever possible, on important tasks, like things actually written into your job description when you first applied for the job, such as sharpening your technical and people skills, or building your team and mentoring juniors, etc.  In the long run,  both the individual and organization will benefit from individuals focusing on the important things.

Make a Plan for a Project – then Execute It

How many times have you seen people make a perfect plan for a project but later on have difficulty delivering results? People at work tend to be passionate about a project during the “honeymoon” period, when all the great things happen: gathering all functional team members for brainstorming sessions, making those beautiful Gantt charts with colors and shades, having fruitful hallway conversations on what to do in the next few weeks…

But after the passion cools down, one may very often find herself being the lonely driver for the project, fighting a single-person battle when it comes to a bottleneck; the task seems to be stuck somewhere, little progress can be made, and eventually, one feels frustrated. This is a familiar scenario, since nowadays, work functions are so fast-paced and diversified, and companies cannot always offer direct, tangible support to a single individual when it comes to projects.

So…as a direct, responsible individual on the project, the vital component lies in not just making a plan, but in executing it — persistently. Thus, before taking a lead on the project, make certain that at least a good part of the necessary resources are available – rather than hoping that aspect can be figured out along the way.

Also remember, execution is always the hardest part in a project, since many parts of it involve not just technical, but personnel skills — i.e. who is the right person to ask for help, when is the best time to ask this or that person for a progress update, where is the best spot to pause and call for a follow-up meeting, etc. All these factors need to be taken into consideration when both making and executing a plan.

A common mistake women tend to make in a working environment is that they over-focus on their own immediate tasks and projects instead of thinking about long-term career goals. This is not to say that women are more insensitive to their career goals than men; on the contrary, women are usually very sensitive and frequently think of career development. But, women tend to fear being judged, and that is why sometimes women are too nice to say “no” to those urgent but unimportant tasks, and why women may find it hard to push co-workers to complete tasks – i.e. heaven forbid being called “bossy”! – and perhaps, why women are quiet and tend to avoid confrontations in meetings.

But, interacting at work in a semi-passive way has to change. Women need to be more vocal around their career progression. Career development is, for the most part, under the control of an employee’s direct manager and their second-in-command – not really anyone higher than that. Of course to advance one’s career, it is important to be hard-working and technically strong — those two traits are given. But do you ever wonder why someone gets promoted with rocket speed? It usually heavily depends on their boss advocating for them. So, ask yourself, what kind of long-term goals do you have? Do those goals align with your career goals? Who can you ask for help to accomplish those goals? Your boss or potentially a mentor who can advocate for you? Can a mentorship benefit both the mentor and the mentee? The point is to change the way you view your work; stop being passive, but instead reach out, be bold, and be creative.

Do not think that advancing your career efficiently denotes being “aggressive.” Instead, use these three tips, and constantly remind yourself that if you are already smart and hard-working, you deserve acknowledgement, a raise, and even a promotion, so ask for it.