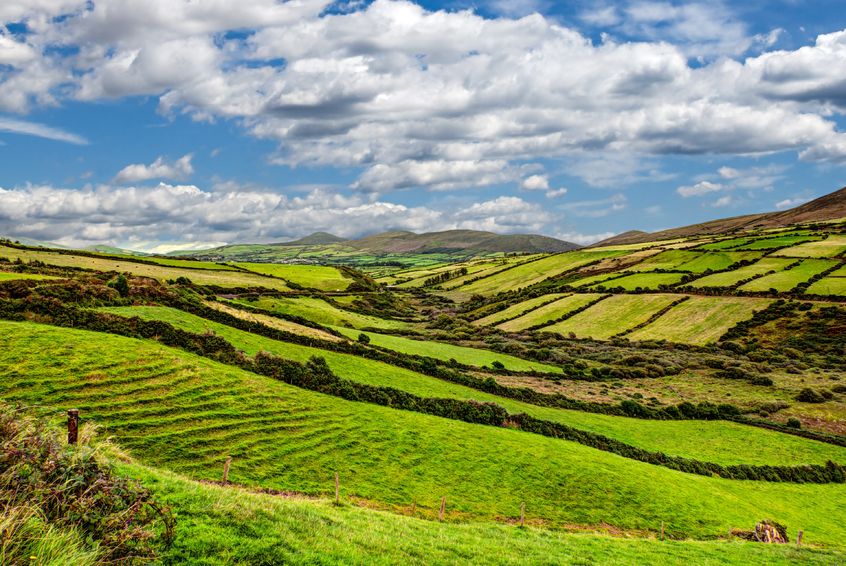 A Brief Look at the History of St. Patrick’s Day & Forward-Thinking Women from the Emerald Isle

Since the seventh century, March 17 has been a day honoring St. Patrick, the Patron Saint of Ireland. However, many don’t know that St. Patrick was actually British. He was born a boy named Maewyn Succat in Britain, during the fifth century A.D., then kidnapped by Irish raiders and taken to Ireland when he was fifteen years old, and forced to work as a shepherd — essentially a slave. Luckily, he escaped his captors and returned to Britain, but by then, his harrowing, six-year long experience in Ireland had inspired him to become a priest and take the Christian name Patrick. He then returned to Ireland with a mission to convert the Emerald Isle to Christianity from the existing Celtic religion (and the previous one of the Druids). It was said that St. Patrick “led the snakes out of Ireland” — i.e. that he called upon all of the snakes and led them to the sea; however, St. Patrick’s use of the word “snakes” was actually a metaphor for those not practicing Christianity.  The reptiles never actually inhabited the area, so this old myth was a mistaken interpretation. However, St. Patrick also used the shamrock to explain the trinity to those converting to Christianity, thus making the shamrock and the color green synonymous with St. Patrick’s Day,  established to commemorate the day of his death. The Irish people, who during the nineteenth century potato famine fled their country for a better life abroad, brought the celebration of this Roman Catholic holiday to the United States.  First immigrating to New York, they proudly celebrated their faith and culture throughout the city, and established New York’s St. Patrick’s Day Parade, the largest in the country. Today, St. Patrick’s day is a celebration of the patron saint, the Irish culture — and, of course another great excuse for revelers to have one more pint of beer! Revolutionary Women from a Celtic Isle St. Patrick’s Day sparked our interest here at SharpHeels in influential Irish women who have contributed yet more to their country than its great history of poetry, literature, lush green landscapes, devout religious practices, beautiful Aran sweaters, and the incomparable “gift of gab” (art of conversation). So in honor of this annual celebration of all things Irish, here is our list of the country’s top five most influential females: motivated Irish women who took a stand for their beliefs and brought distinction to their verdant isle.

Mary Robinson The first elected female president of Ireland and later the United Nations Commissioner for Human Rights, Mary Robinson. now age 70, is a crusader for women who opened many doors for future female politicians in her native country. As a senator for the Independent Party, she was the only president in Ireland’s history to be elected despite a lack of support from the long-time republican party Fianna Fail, and throughout the years became known for positions such as an opposition to capital punishment, equitable trade practices, women’s rights, and anti-racism stances. Through her current work in academia around the world, including the University of Dublin, the University of Pretoria in South Africa, and at Columbia in New York City, Robinson continues to better society as a human rights activist.  A powerhouse figure who has never received quite the publicity that one would expect.

Countess Markievicz As a humanitarian, the first female British MP (member of Parliament) elected in Ireland and the first female Cabinet Minister elected in Europe, Countess Markievicz was born in 1868 as Constance Gore-Booth, an English aristocrat, whose father owned land in Ireland. Her family was friends with the famed poet W.B. Yeats (he later wrote a poem about her and her sister), and Constance was originally interested in becoming an artist.  She was also influenced by her father’s kind treatment of the peasants on his land, giving her a life-long interest in helping the poor. After meeting her Polish husband, Count Markievicz, while at art school in Paris, Markievicz became more interested in progressive politics, while also becoming known as a talented landscape artist. She joined the socialist Irish Citizen’s army, and while actively taking part in the Easter Rising of 1916 (wounding a British sniper), was arrested and sentenced to death in the Kilmainham Jail. After her release, she was arrested several more times, but lived on to take the position of Minister of Labour in the first Irish Government, from 1919 – 1922, one of the very first women in the world to hold a cabinet position.

Saint Brigid Following St. Patrick as the second patron saint of Ireland, St. Brigid (whose mother had supposedly been baptized by him, possibly leading to a family friendship), became one of the most admired female figures in Ireland. As a servant of the church, Brigid refused to have an arranged marriage and fled her family to begin her life as a nun. She formed the first nunnery in Ireland and established other convents and religious communities throughout the country, as well as the school of art at Kildare, where some of the finest Irish manuscripts were created. She was a woman known for mystical qualities and extraordinary charity, and still receives the adoration of Irish Catholics today, with her own Feast Day occurring on February 1.

Grace O’Malley Unlike the others, Grace O’Malley, born in 1530, was not necessarily a woman of charity or human rights activist, but rather a feared sea pirate who commanded three galleys, twenty ships and over two hundred men. Renowned as the “Queen of Umaill,” O’Malley was respected for her fighting ability and knowledge of trade, and known for going out, a day after giving birth to her son, to battle Turkish pirates. She was married twice and a mother of four, became a Chieftain, was held prisoner and sentenced to death (but won a reprieve), and eventually a victor of many battles against the British. In 1593, she was pardoned by that country’s Queen Elizabeth I, with whom she was able to converse fluently in Latin,  and formed a favorable relationship with the monarch from then on. She lived until she was 70, then considered a very advanced age.