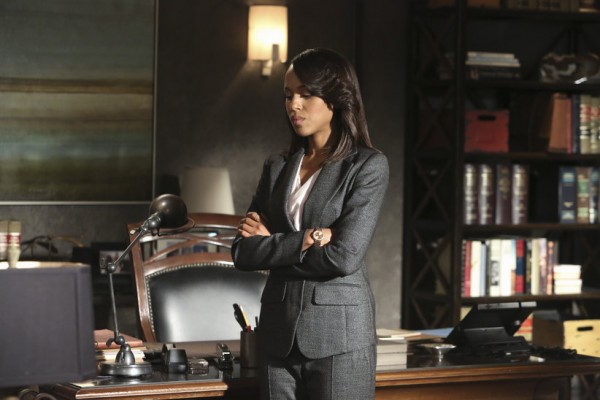 When CBS premiered The Good Wife in 2009, a trend erupted. Over the past four years female characters have been creating a stir and breaking old molds. These days prime time is defined by powerful, independent women who can get it all done and look great while doing it. 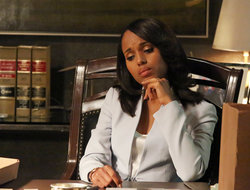 Olivia Pope, Scandal – ABCPhoto courtesy of ABCThe backbone of Scandal is built on the talent of two powerful women. Shonda Rhimes, of Grey’s Anatomy fame, and who landed a spot on Fortune’s 50 Most Powerful Women in Business in November, created the political thriller. Meanwhile Kerry Washington’s Olivia Pope is based on a real-life press aide during the G.W. Bush administration – Judy Smith. Today, Smith is the co-executive producer of the series.

Why we love Olivia: “Not only is Olivia Pope confident and fearless, but her leadership skills are impeccable,” says Megan Goebel, email specialist at SAGE Publications.  “Her staff is completely loyal to her and trusts her decisions as head of their company.” 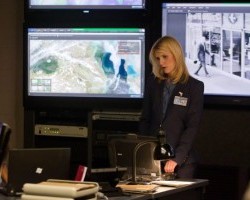 Carrie Mathison, Homeland – ShowtimePhoto courtesy of ShowtimeAnother political thriller, Homeland has been called the best show on Television. As Carrie, Claire Danes has returned to the small screen, trading in her oversized plaid shirts of the nineties for a closet filled with well-tailored power suits.

Why we love Carrie: “Her innate ability to fight through adversity, make decisive judgment calls in a ‘boardroom’ of powerful men and to follow her heart,” says Naria Williams, an associate at the PR firm Glover Park Group. “She’s relatable. I see her representing the truest essence of womanhood – we all struggle to be heard and accepted while dealing with inconceivable hurdles of inequality, discrimination and prejudice.” 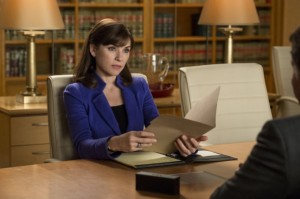 Alicia Florrick, The Good Wife – CBSPhoto: David Giesbrecht/CBSThe show that brought Julianna Margulies’ back to Prime Time, and won her not only an Emmy, but also a Golden Globe, and a SAG award for best actress in a drama series, was one of the first to showcase a new female prototype. Since the start we’ve watched Alicia transform from the socially acceptable “good wife” into TV’s most powerful defense attorney.

Why we love Alicia: “She so fiercely protects her family, and at the same time goes the extra mile to defend her clients,” says Leslie Medlock, proposal manager at AT&T. “She is a mother first, but knows that compromise is always necessary when you are balancing a professional career, a political family, and raising two teenagers. She is not perfect, and her vulnerabilities and weaknesses show, but she also grows and learns from her mistakes [and the mistakes of others!]. That’s what real life women have to do. And she does it all wearing stylish outfits with stiletto heels!” 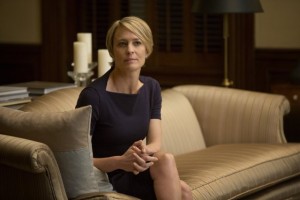 Claire Underwood, House of Cards – NetflixPhoto by Melinda Sue GordonThis show has been breaking rules left and right. While it’s never aired on television, Cards has already won three Emmy Awards. Kevin Spacey and Robin Wright are the masters of manipulation in this all-too-real series on the underside of D.C. politics.

Why we love Claire: “Like Scandal’s Olivia, Claire is ruthless, calculating, and affective,” says an Accenture Consultant. “Both characterize strong females who remain female and still maintain a sense of both style and self.” 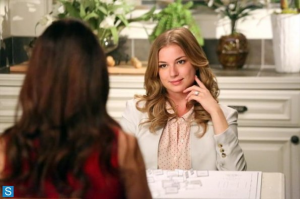 Emily Thorne, Revenge – ABCPhoto courtesy of ABCUnlike other shows on this list, Mike Kelly’s Revenge takes a deeper look into the socialite side of business life. Emily VanCamp’s Emily Thorne has made it her business to prove her father’s innocence, and if revenge is served in the midst, well that’s ok too.

Why we love Emily: “She’s a socialite with an incredible sense of poise, style, and strength,” says Ashley Poulin, editor-in-chief of SharpHeels. “Although she doesn’t work in an office, her outfits are always the perfect merger of style and sophistication. Emily is a great representation of how a powerful, successful woman should be portrayed.” 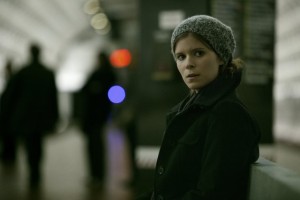 Why we love Zoe: “Her nerve and general audacity, especially when it comes to standing up to people who are much older and more powerful than her,” says Kim Mickenberg, senior writer at Thinkso Creative. “As a woman in your 20s, it can be very difficult to assert yourself professionally with people who think they don’t have to take you seriously to begin with. It’s especially difficult when you don’t have any real personal or professional guidance — and she definitely doesn’t.”