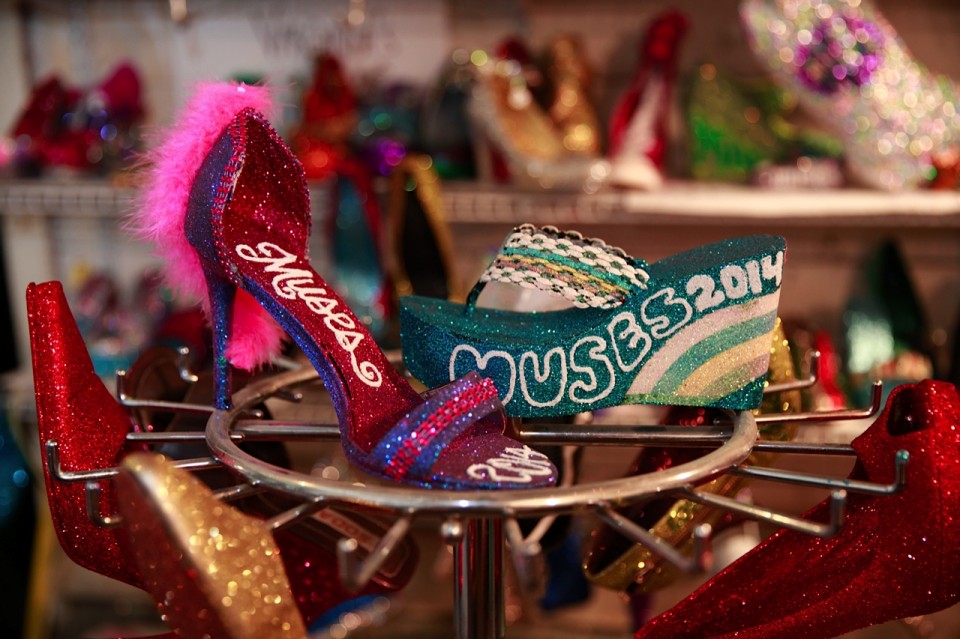 New Orleans, famous for its Mardi Gras celebration, has had its historic roots tarnished after a long, somewhat infamous decade of raucous, topless women lining the streets and shouting for beads, but for the residents, the multi-generation New Orleanians, Mardi Gras is more than beads and breasts. New Orleans’ Carnival season actually starts in early January. Traditionally kicking off the winter social season; it’s a season of parades, débutante balls and king cake parties.  The Mardi Gras season, while the city and its patrons are adorned in purple, green and gold, is about family and friends celebrating with good food, drink, music and their famous parades. 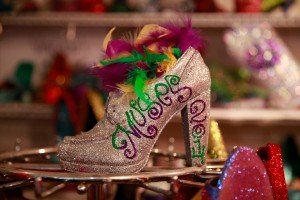 The crowning jewels of the Mardi Gras season are its elaborate parades; the largest take place over the five days before the end of the season, Fat Tuesday, Mardi Gras in French, and despite popular belief, are family-friendly and far away from the isolated debauchery on Bourbon Street.  The parades are organized by Carnival krewes, whose membership’s extend-back many generations and have historically included mostly male members.   But in 2000, an all-female krewe was formed — The Krewe of Muses — an organization of New Orleans businesswomen with a passion for the arts of New Orleans.

Inspired by the daughters of Zeus, Muses get their name from the nine Greek goddesses of the arts and sciences, each associated with her own particular domain. The theme of the parade is kept secret each year until parade time. We caught up with the krewe’s creative director Virginia Saussy to tell us what it means to be a part of the Krewe of Muses in the Crescent City and what this year’s secret theme is:

SharpHeels: What inspired the creation of Muses?Muses: Our captain, Staci Rosenberg is from Pittsburgh, and she came to New Orleans to come to Tulane and fell in love with the city and never left. And she actually founded the krewe and called me up and said, ‘I’m starting a parade, do you want to be in it?’ I tried to explain to her that’s not really how Mardi Gras parades work, but she said, ‘well let’s just see.’ New Orleans Mardi Gras parades were mostly old men’s clubs, and Staci said there wasn’t really a group she could join.

SH: What’s it like being an all female krewe? What sets Muses apart from the reset?Muses: Muses really wanted to raise the bar a little bit. We wanted to maintain the traditions of Mardi Gras while doing it better than anyone else. Muses really has become something of a force to be reckoned with in the parade community. Satire is a big  Mardi Gras tradition; all of our floats are jokes. They’re all satirical of national happenings or on local politics. You name it, we make fun of it. What makes muses really unique is that because we are women, we chose a high heel shoe as our symbol. WE LOVE SHOES! Shoes are our greatest strength and weakness, and set us apart from the men.  We have shoe beads, we throw shoe bracelets, shoe lip-gloss, light-up shoe pens… We love things shaped like shoes.

SH: What kind of women are members of Muses?Muses: Most people don’t realize this- Mardi Gras is put on by private clubs. The only thing the city pays for is the sanitation and the police. But the parades themselves are all private clubs. We have about 1600 members and one employee who is a part time business manager.  The rest of us view the Muses work as volunteer work. I’m a marketing consultant here in New Orleans. Staci Rosenberg is an attorney; the women in Muses are across the board- artists, teachers, lawyers, doctors, business women- it’s a variety of women.

SH: How do Muses involve themselves in the community?Muses: We work on charity fundraising year round. We actually auctioned a ride off to raise money for the NO/AIDS Task Force; we raised over $10,000 for them this year. We pick a different charity every year. Last year we raised money for Eden House, which is a great halfway house for women trying to get out sex trafficking. We’ve raised money to help build women houses that lost their homes to Hurricane Katrina. Every year we have an honorary Muse who rides in the shoe who was such an inspiration to us and to the girls of New Orleans, and this year is writer Julia Reed.

SH: How do you pick the honorary Muse?Muses: We picked Julia this year because she’s funny, has a great sense of humor, and she’s a great Muse to our people, and we thought she’d kick out of our theme this year.  Last year we had Ruby Bridges who was an icon of the Civil Rights Movement. She was the first African American girl to attend a white school in New Orleans. We like to pick local women who are an inspiration to the girls on the street and to us because Muses are all about inspiration.

SH: Can you give us any hints about this year’s float theme?Muses: Every year we pick a secret theme, so I like to think of it as a joke with 25 punch lines, one for every float. This year it’s Muses Ready to Wear You Out- an off the rack and out of control group of women are taking to the streets with a spoof on fashion. It’s all satire with a little fashion twist. They’re all hysterical and they’ve got funny jokes all over them. It’s going to be a really funny year with the fashion spoof. We get to make fun of national and local stuff and have fun in the process.

SH: What advice would you give to young professional women?Muses: Don’t take no for an answer and never accept the status quo. We were told we could never start this parade. We were told, ‘y’all aren’t going to make it.’  Fourteen years, later we are a growing organization making large contributions to Mardi Gras and the culture of New Orleans. If we accepted the way things were, then we would not exist. Second biggest thing is pay it forward.

SH:  How does one get a coveted shoe?Muses: You have to do something to get noticed. Wear costumes, wigs, and hold signs. Put a little glitter on it. Tell people you’re a glitter addict; that works really well. We start making shoes over the summer, and we make them year round. By this point in the year, there is glitter everywhere. You go to a meeting, you have glitter all over your suit, you go to dinner with glittered palms that get all into your food. You’re covered in glitter because we glitter the shoes.

Krewe of Muses Parade is on Thursday February 27 and begins at 6:30pm in Uptown New Orleans.  Mardi Gras is a giant celebration of art and music.  It’s a great opportunity for friends and family to gather. If you’re headed down to the Big Easy to celebrate carnival season, make sure to be on the lookout for the Muses famous hand-decorated glitter shoes.