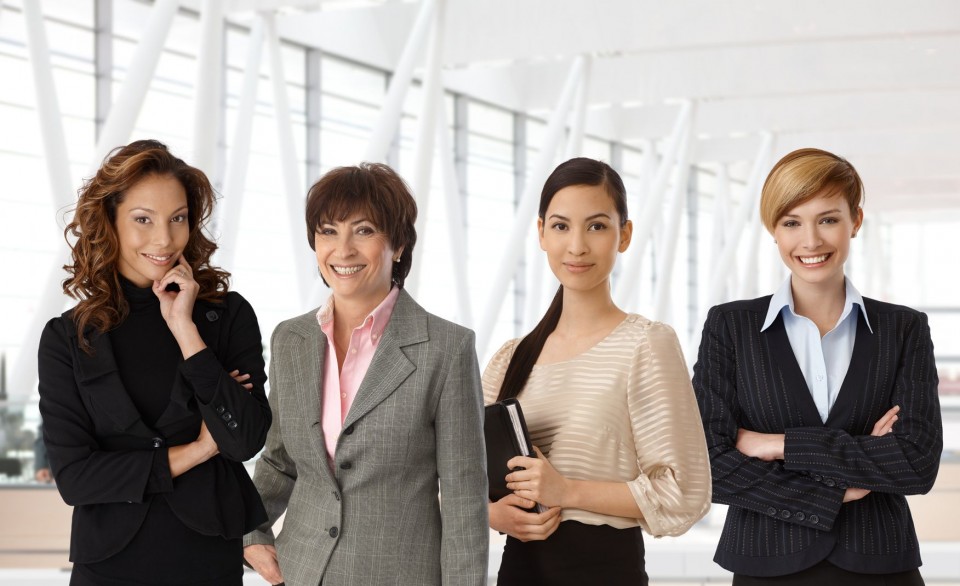 Joi Gordon, CEO of Dress for Success, Talks about Being a “Servant Leader” and The Satisfaction of Seeing Women Transform their Lives

Joi Gordon was working as an assistant district attorney in the Bronx, New York when she heard about Dress for Success on a news channel. Working in the courts, Gordon knew how wearing a suit made her feel every day: confident, dignified, and elegant. She jotted the organization’s number down with the  intention of donating clothes to the nonprofit organization that provides professional attire and career development tools to help women be successful.

“I went from being a suit donor to a board member in one conversation!” Gordon recalled.

Gordon joined the organization’s Board of Directors and quickly fell in love with its mission “to promote the economic independence of disadvantaged women.” As she discovered, since its grassroots beginning in 1997, Dress for Success has helped more than 700,000 women find and maintain employment.  Women who get a “hand-up” from Dress for Success typically live below the poverty level, are often single mothers raising two to three children on their own, and have usually been referred by other nonprofits, including domestic violence agencies.

When they come into one of the organization’s offices, they are equipped with not only a professional suit, but also consulting services to help them find and retain employment. If a woman is offered and accepts a job after her initial consultation with Dress for Success, she can return and receive up to one week’s worth of business attire.

Joi Gordon saw the chance to head this worthy organization as an opportunity to give women a huge helping hand. “I got intimately involved as a volunteer and a board member, and just realized there was so much the organization was doing beyond the suit, that I got really committed,” Gordon said.

Offered the responsibility of taking over the New York office, Gordon left her job in the courts that had focused on justice, and instead joined a cause for social justice full-time: in 2002 she became CEO of Dress for Success Worldwide. She helped the organization undergo a major “re-brand” so that others would know that Dress for Success does more than simply provide professional attire.

“The rebrand was really to tell a different story about Dress for Success, so we got rid of the tagline [Suits to Self-Sufficiency] and adopted one that encapsulates what I think I we’re doing: “Going places, going strong.” And that’s not only for the women we serve – i.e. that we inspire them to go places and be strong – but as an organization, we also need to be “going places and going strong” for our volunteers.  I think the messaging just breathes new life into the organization.”

Waking up Before the Alarm Rings: The “Tangible” Aspect of her Mission

As a nonprofit, Gordon said it can be challenging to be respected as a business. To get past that, the key has been to be a leader of integrity, and to treat corporate partners with a high level of dignity and respect, she said. As CEO, her personal mission was to outfit the organization’s 130 offices in 16 countries with marketing strategies and strong leadership so they can reach their full potential.

“The larger part of my responsibility is to help them build their operations and learn about marketing and branding,” Gordon said. “But my greatest joy doesn’t come from any of that; it comes from the “boots on the ground” aspect and meeting the women. What I love about the organization is that it doesn’t matter if I’m in Poland or Portugal or Albania or Albany, women will say, ‘This organization treated me with respect.’ And that’s become our DNA.”

Although the conference calls and meetings with corporate sponsors and donors sound like any other high-powered job, Gordon notes that it is encounters with those whom Dress for Success assists that continually nourish her mission and purpose in life. One of the favorite parts of her days, she says, is seeing women leave her office in New York not only with a new suit, but with a new-found sense of pride that can help them land a job.

“It’s what wakes me up in the morning before my alarm goes off,” Gordon said. “It keeps me grounded, it keeps me humble, it keeps me wanting to be a “servant leader,” wanting to be better, wanting to teach people to treat people with dignity and respect. What we do, there’s such a tangible piece to it —  we can see a transformation from the time a woman comes in to the time she leaves.”

Gordon’s leadership has not gone unnoticed; she has received several awards from the nonprofit and business sectors. In 2013 alone she received the Business Law in Leadership Award from the Lawyers Alliance, as well as the Herbert Woods Community Service Award from the Sylvia & Herbert Woods Scholarship Fund. And as a wife to Errol Gordon and mother of two (Sydney and Nicholas), she has also been named one of the “Most Powerful Moms in Non-Profit” by Working Mother magazine.

“The other award I get is to watch my children grow into kids that are community-minded,” Gordon said. “As my daughter gets ready to go off to college, just reading her essay and how ‘giving back is part of her DNA’ makes me feel really good because I think, I’m raising two kids to be great adults who have learned a lot from watching me and my husband, people who believe in philanthropy.”