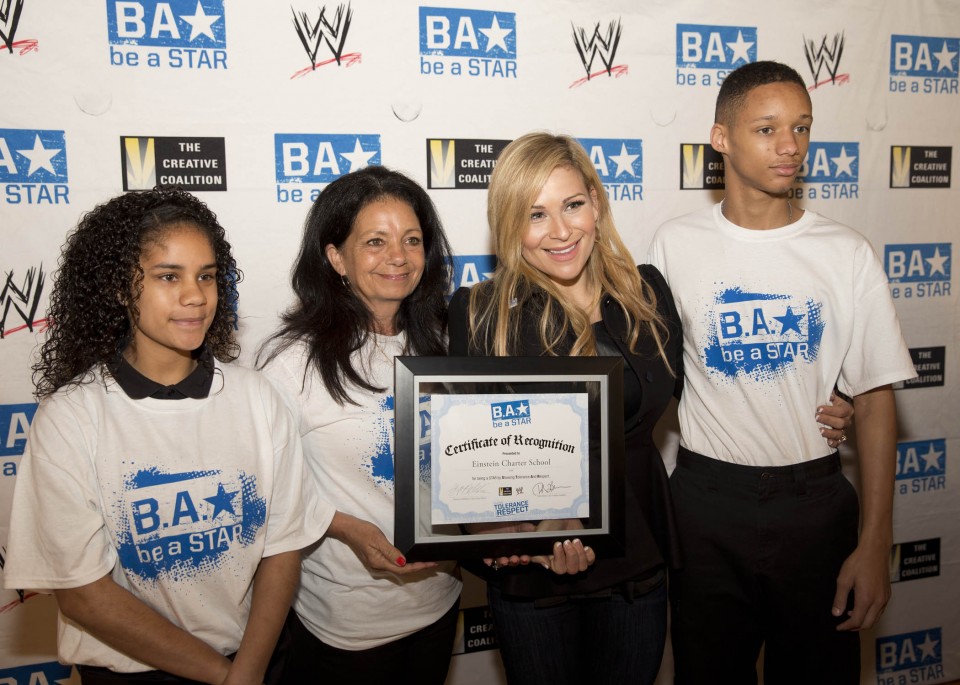 Helena Verellen, Vice President at World Wrestling Entertainment, Talks About Giving Back Around the World

Helena Verellen is proud of the work she does at the World Wrestling Entertainment Inc., or as its more commonly known, the WWE.

As Vice President of International Marketing & Communications, Verellen not only oversees the organization’s television strategies and live events; she’s also in charge of the communications worldwide team, and the WWE’s Corporate Social Responsibility (CSR) programs. 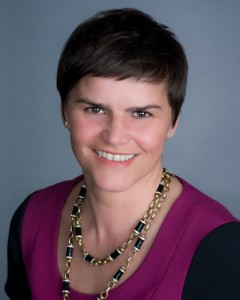 With less than a year under her wrestling mania belt, the Belgium native is no stranger to the public relations and entertainment industries. Her resume includes seven years at London’s LD Publicity where she worked on campaigns for everyone and everything from Tina Turner to Moscow’s 850th anniversary.

After a move to New York and a new job with Sony Music’s international marketing department, Verellen once again rubbed elbows with industry heavyweights – Shakira, Tony Bennett, and Jennifer Lopez to name a few. Verellen stayed with Sony until 2012 when she decided to take a break from the entertainment world. She set up shop for just under two years at Empowered By You, what she describes as a “luxury lingerie brand where part of the profits are donated to help women start their own businesses.”

But when the WWE approached her last year with a job offer, she couldn’t say no. “My love for global marketing, as well as the breadth of WWE’s business possibilities and opportunities made me realize that it was a great opportunity.” Here, global is meant in the very literal sense. Verellen now oversees the WWE marketing and communications teams in the UK, Germany, Dubai, India, Japan, China, and Singapore.

As evidence by the institution’s growing international reach, today’s WWE is a whole lot bigger than the WWWF that many of us remember from childhood – though they are, in fact, the same entity. While the two flagship shows, Raw and SmackDown, still air each week, there are now several other associated shows: NXT, Total Divas, and Main Event. Additionally, they recently launched the new OTT network “where you can watch over 2000 hours of programming covering the 30 years of WWE,” says Verellen. By adding a dozen Pay Per View channels, merchandise, and live events, wrestling has become a multimillion-dollar industry. 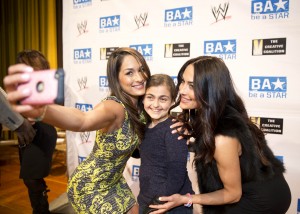 Divas Brie & Nikki Bella at Be A Star event

In all this action, Total Divas stands out. Traditionally, wrestling has been considered a “man’s sport,” but the WWE Divas are breaking that stereotype in two. “Our fans love our Divas,” says Verellen. “They’re strong women and athletes, who are on top of their game. Additionally – and equally as important – they’re great entertainers, because, at the end of the day, it’s all about making people smile.”

Making people smile and promoting change, that is. With over 350 million followers, the WWE is committed to harnessing their power for good. As a whole, the organization works to address and educate fans about social issues. “Our Superstars and Divas take that role very seriously,” Verellen exclaims. “They’re constantly on the road for live events or TV tapings, and wherever they go their schedule will inevitably include a Community Outreach program.”

As part of her job description, Verellen is in charge of CSR placement. “I ensure that the teams find the right partners to work with in each region so that we can successfully execute our outreach programs.” Whether they’re helping with reading challenges, attending Special Olympics events, or working/walking with Susan G. Komen’s fight against breast cancer, the WWE seems committed to more than just entertainment. In fact, they’re currently making a big splash in the anti-bullying and equality movement. Along with their Be A Star campaign, several WWE stars recently joined the NOH8 Campaign – a worldwide photographic silent protest against discrimination.

At a corporate level, Verellen works alongside several other female officers and EVPs, making up a well-balanced C-Suite team. But her sense of social responsibility carries over into her life outside the WWE offices. The high-level executive currently sits on the board of Womensphere, a “global community platform dedicated to unleashing the potential of women and girls.” The non-profit organizes summits comprised of companies, schools, innovators, and so on to help streamline girls towards the CEO track. 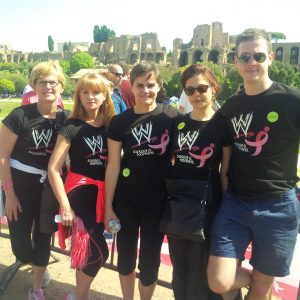 “I met the founder and CEO, Analisa Balares a couple of years ago when I attended the event,” says Verellen on how she came to be involved with Womensphere. “She’s very inspiring. It was then and there that I decided I wanted to get involved, and I’ve been advising her ever since. I also helped set up the first European summit in London early last year.”

Though her weaknesses are few and far between, she does admit she had to grow bolder over the years. While she wouldn’t change any part of her past, this happily married mother of one remembers a few times when she didn’t assert herself. “If I really look at it from where I am standing now, there were moments when I didn’t stand up for what I believed in and that, at times, held me back. I don’t do that anymore because no one can fault you for following your beliefs.”

Verellen advises aspiring young women to follow their dreams, believe in themselves and to make sure they’re “heard at the table.” An international woman by trade, she urges others to travel as well. “You will learn to understand different cultures so that you can be better in your career since we are working in a global economy – don’t ever forget that.”

Today, positive attitudes, innovation, and passion are the life ingredients that continue to inspire her. “I wake up every morning with a positive view on life and I let that guide me through the day regardless of how challenging.” And what’s next on her radar? “I’m taking it day by day: Carpe Diem!”