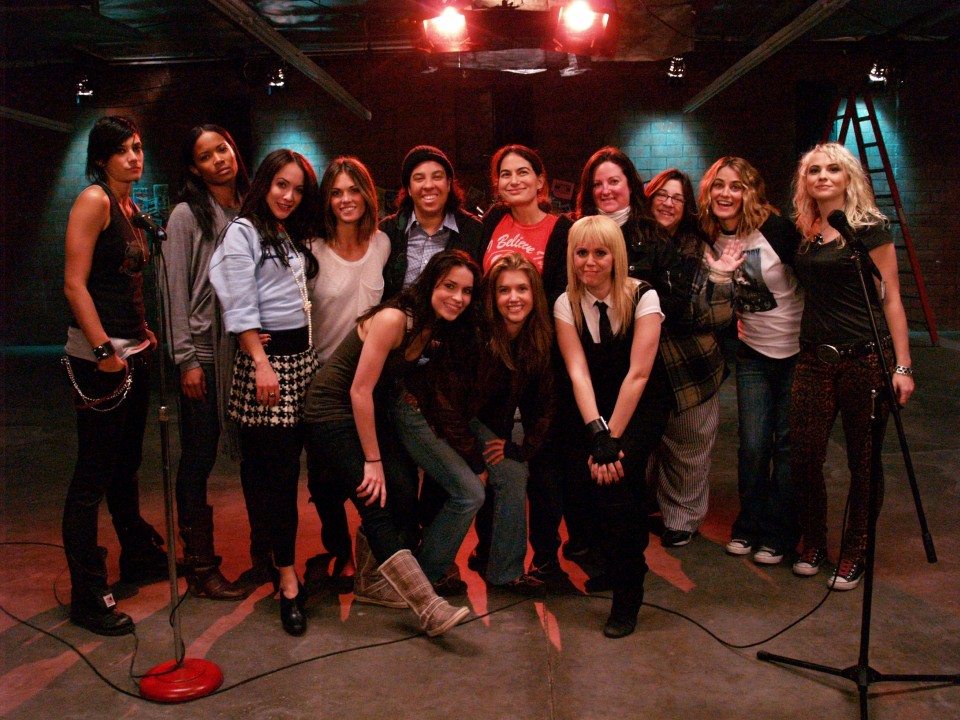 Power Up Films is Creating Movies and Mentoring Would-Be Filmmakers

Social change starts with education. At least that was the belief Stacy Codikow took with her when she started Power Up Films in the fall of 2000. With the goal of promoting visibility of queer women within the entertainment industry and integrating them into the community, Codikow retired from her career as a television writer and film producer to start the non-profit organization. 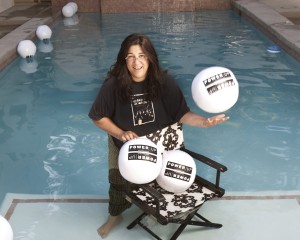 Today, Power Up has produced over a dozen feature and short films since its inception, and has helped launch many a career – including that of writer and director, Angela Robinson with her 2004 short-turned-feature D.E.B.S. No stranger to big name film festivals, several of their features have received praise and awards, including best feature at South by Southwest in 2007.

As a production company, Codikow considers Power Up to be the studio for well-made lesbian movies. But as a non-profit, they pride themselves on their well-established mentorship program. For every film Power Up creates, they accept a group of mentees to work as assistants and crew in order to learn the nitty gritty of filmmaking. Codikow, who not only works as the executive producer for all Power Up Films, is also the head mentor. Recently, she carved out some time in her schedule to talk with SharpHeels about the organization, their latest film, and mentoring.

How does Power Up Films stand out from the rest of indie films?

For starters, I always knew you had to have talent and name value to attract an audience [and to make a successful film]. I took that with me when I started Power Up. I feel responsible for making a better quality movie even on a minimal budget. Basically, every one of our films has recognizable talent.

We’ve worked with a lot of big names over the years. Particularly, Jane Lynch has been a big part of Power Up since the beginning (before Glee started). She’s helped produce a lot of our stuff. She’s a true artist. But that doesn’t stop her from getting her hands dirty. She went door to door for us once in Pasadena for a signature survey –seven people recognized her. She even helped me cook one time – as a non-profit we use the money donated to us for things like food and costumes, so we cook a lot to feed the cast and crew. Jane and I sat out and barbequed one night. She has a great kind of energy.

Tell me more about the mentorship program?

It’s our biggest – and I think it’s our best – program. After we select our mentees (how many depends on the size of the project), there are a lot of meetings. Mentees get the opportunity to have a one-on-one sit down with the writer, director, and producers; and they learn how to act on a movie set. Two weeks before production starts they become active mentees and are divided in different groups that they can cycle through [including direction, food, and lighting/electrician], or they can stay within their chosen department. During the very last week of production, mentees get the chance to sit with the director for a day to ask questions and observe. Movie making is an army, and by the end of the film we have roughly 25 people who went through boot camp together. Suddenly you have a peer group to start your own project with.

What other education programs does Power Up host?

We have a few other things. There’s our intensive two-weekend long seminar. 120 people attend, and along with the actual filmmaking information, attendees walk away with over 100 possible connections.

Our members can also apply to shadow a director for a week. We reach out to showrunners to set the shadowing up and those chosen get to spend seven days on set, or seven days in the editing room.

Power Up started out as an organization for LGBTQ women – how and why has that changed over the years?

At the start I wanted an organization for women, with a gay bent because – at the time – I thought I needed to differentiate myself from what was out there. I’m gay and for a long time I didn’t  know anyone in the LGBTQ community. I wanted to give us a place. When I was a 20, it was hugely unpopular to be gay, so Power Up was a way to let people be okay with who they are, and also show the world and each other just how many of us there are.

But times change. Today, we work with everyone: brown, gay, not gay, trans folks, cis folks. The stories we make can be about anything, and they have been.

How do you staff the organization?

Codikow with Claire Campbell (of The Real L Word), and director Jamie Babbit

We’re a non-profit, meaning we’re not allowed to make any profit. So everyone here is working for free, except the feature film actors, and occasionally we can pay the crew. I’ve personally been a full time volunteer for 14 years. But convincing filmmakers to work with us is the easiest part – what we do is so exciting and we’re the only ones doing something like this. My goal, always, is to raise enough money to make the movie. To do so we get donations or use revenue from the previous films.

For example, Jamie Babbit, [who directed the cult classic But I’m a Cheerleader] once donated $25,000 to have one of her shorts made. She also worked as a mentor and led a group of young filmmakers to making their own shorts.

Our board has some Hollywood big wigs, both gay and straight. And they come together to help pick the scripts that get made. The goal is to get more people from the industry involved to see what we do. A lot of times TV editors or assistant editors get the chance to be the editor on our films, and even for a short, that’s a big deal.

I’m really proud of this film [a fast-paced, comedic musical with a love-triangle at its center]. I think it really works and it’s a lot of fun. Angela Robinson – the writer [who also wrote for The L Word and True Blood] – is just funny. She really gets it, and she’s making fun of everyone. L Word fans will recognize some cast members. So far we’ve gotten a ton of great feedback; it’s available online, on DVD, and it’s currently making it’s way through the festival circuit.

Power Up will continue to mentor potential filmmakers while striving to make movies for under served audiences. Codikow hopes to have their next film out by early spring of 2015.

Photos courtesy of Power Up Films, and Elisabeth Caren