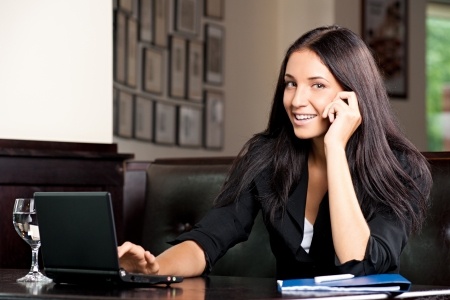 7 Technologies that Expanded Freedom for Women in Business

As young women, our bicycles got us to school, to the movies, to the library, and to the corner store to load our pockets with nickel candies. Our bicycles equaled freedom. 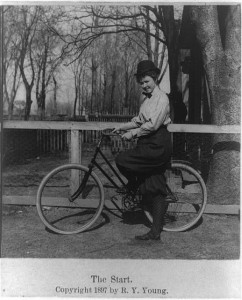 According to the Sydnee Winston, Project Coordinator of the National Women’s History Museum, “The bicycle provided women with unprecedented mobility and forced a departure from the popular fashions of the day, including corsets, bustles, and long voluminous skirts.”

By today’s standards, bicycle technology is both simplistic and mundane. Automobiles replaced bikes as favored mode of transportation and freedom, affording workers the opportunity to join the commuter rat race and work farther from home. It’s interesting to note that technologies that are more recent provide the option to work from home, from the coffee shop, or from halfway around the globe. What technologies have changed business today that in a generation (or even a decade) may be obsolete? What industries have they spawned and where might we go from here?

Computers: Even if you aren’t old enough to remember typewriters or the early computers that took up an entire room, you can still appreciate the changes to computers from the desktop to the laptop to tablets with touch screens. Perhaps no tool has had the impact of computers on business for both their capabilities and the tools and industries they have spawned. Although some might argue that computers reduced the size of the overall labor force by managing the jobs of several people, for women, computers have also meant that women can start businesses with smaller staff and greater access to markets once dominated by men.

Internet: We use it daily to research, connect, and collaborate. Resourceful women across the globe stay connected to employment opportunities, to business connections, and to each other. The internet has also contributed to greater opportunities for women to balance work, home, and social life.

Home Offices/Telecommuting: There’s a good chance that you have the opportunity, at least occasionally, to work from home. The internet makes working from home and connecting with other people and businesses across miles and time zones the norm rather than the exception. For women, staying home due to weather or a sick child once meant career suicide, but the ability to have a fully-functioning office at home not only makes working from home possible, it can also make it downright comfortable. Drawbacks to the home office used to include feelings of disconnectedness or isolation, but the creation of social media changed all that.

Social Media: Working for yourself at home, or in your company built for one, no longer means working by yourself. Social media connects women-owned businesses to their sales force, to customers, and to myriad marketing opportunities incomprehensible a decade ago. Avenues like LinkedIn and Facebook also provide networking with colleagues and access to members-only groups that cater to the unique needs of your business, while also allowing business owners to stay on trend.

Smart Phones: While there are certainly times when a smart phone can feel like the tether of death pulling you into the work abyss at all hours, few people would trade their ease of use for the ages-old tethering to one’s desk that the landline creates. From the Blackberries we once thought we could not live without, to the iPhones cradled to the ears of half the people in nearly any location, nothing has put businesses in motion like the smart phone. The power to quickly, and easily, look up sales data or product availability for your account just prior to walking into their office for the “big” meeting gives your business an edge. If your smart phone interferes occasionally with a meal, so be it. A woman, actress Hedy Lamarr, developed the grandparent technology behind cellphone transmissions during World War II.

WiFi: WiFi keeps our data moving faster and extends the workspace to subways, airplanes, and nearly any restaurant around the globe. Those smart phones would be nothing without the access to search engines, social media, and company files that WiFi makes possible.

Cloud Computing: The “Cloud,” that invisible realm of data storage that makes it possible for you to access your business records from anywhere in the world on your smart phone, might be the biggest technological advance in decades, and we have barely tapped its potential uses. Cloud computing removed the cost-prohibitive barriers of IT infrastructure and enabled businesses, especially women’s startups, to do more with less equipment. From a data storage perspective alone, cloud computing allows you to pay for only what you use, which allows for growth into other areas such as R & D. What new technologies will your business create that capitalizes on the cloud?

Just as the bicycle’s inventors could not have known how it would change women’s world, it is likely that the inventors of these technologies gave little thought to their affect on women specifically. How many of these technological advances will still be with us in ten years? It’s difficult to say. Each of these advances has opened the door a little wider for women in business. The trick is to use the technology in our businesses and to develop new business ideas simultaneously. Starbates founder, Jean Chong, whose Starbates app is connecting restaurants with their customers said, “Focus on constant iteration of your product or service. Never hold too closely to your idea but be open to change and innovation.” That’s the ticket. Stay open to change and innovation.