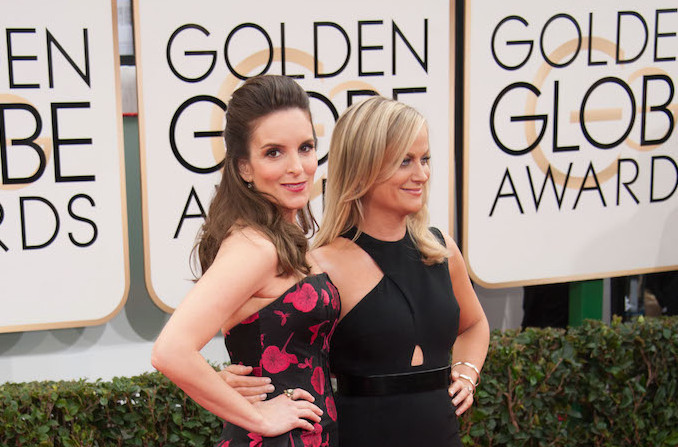 With the cold weather comes Award Show Season. For the next four months, tribute and fanfare will be paid to those who inspire viewers and go above and beyond in the world of entertainment. Designer dresses will be sought after, well-tailored suits will be purchased, and gems will be adorned. 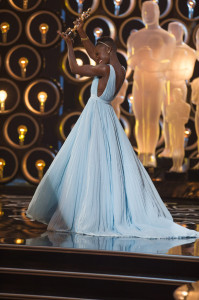 Through all the glitz and glamor, red carpet season has steadily blossomed into a highly profitable and multi-industry business. Despite minor rating swings, viewership has seen an overall increase. Last January enough people tuned into the Golden Globes to give them their highest ratings in a decade. And March’s 86th Academy Awards, hosted by Ellen DeGeneres, brought in 43.7 million viewers, making this past year’s show the most watched Oscars since Billy Crystal hosted in 2000. The 2014 Grammys also showed an increase; with 28.5 million viewers CNN referred to it as “essentially a modern-day record” for music’s most reputed award show.

Television critics far and wide credit the general public’s ever-growing interest in awards shows with the public’s growing obsession with social media. According to Nielsen’s SocialGuide, “more that 15.2 million tweets were sent during the [Grammys] Eastern and Central time zone broadcast alone.” And who can forget, DeGeneres’ idol-filled selfie that broke Twitter after dedicated fans attempted to re-tweet the photo in massive numbers. Just how many people does it take to break Twitter? Approximately 2 million re-tweets.

But it’s not just social media, that’s drawing in more viewers. With a glorification of all things celebrity, audiences relish the glimpse into pop culture’s star studded world. Everyone from fashion designers to ad agencies are seizing at the chance to make a statement. These live shows make great fodder for other publications – People Magazine, E!’s Fashion Police, Vogue, even the SharpHeels team can’t help but cover the shows – from the winners to the dresses. Like the Super Bowl, these live shows sell more than just their two to three hour spot on network television.

Even celebrities are buying – or at least receiving. Last year’s Oscar runner-ups received gift bags valued at $80,000. Put together by the niche marketing company, Distinctive Assets, the bags offered everything from $15,000 walking tour of Japan, to a $2,560 home spa system, to reusable dry-cleaning bags and “weight-loss gummies.” The genius marketing tool banks on viewers wanting to try what their favorite celebrities want to try. For the upcoming 2014-2015 season, Distinctive Assets will be crafting gift bags for not only the 2015 Oscars, but also the Latin Grammys and the Grammys.

This season, don’t be caught in the dark when social media explodes with award show talk. Below, we offer you a list of the red carpets we at SharpHeels can’t wait to watch.

48th Annual Country Music Association Awards
Wednesday, November 5, ABC
Deemed “Country music’s biggest night,” the CMA awards were established in 1958, and were the first association and ceremony to cater to one specific genre. Highlighting country music’s most talented artists, the show will feature mashup performances (aiming for crossover fans and viewers), including Miranda Lambert with “All About that Bass’s” Meghan Trainor, and Ariana Grande with Little Big Town. Country music darlings, Carrie Underwood and Brad Paisley, will host for the seventh year in row. 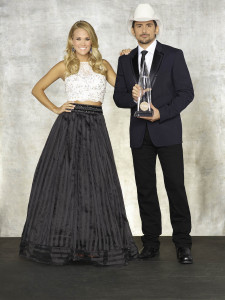 The Hollywood Film Awards
Friday, November 14, CBS
Hosted by Queen Latifah, this ceremony began 17 years ago, however, next week will mark the event’s inaugural broadcast. Bent on honoring “excellence in the art of cinema and filmmaking,” the HFA’s consider their event the kick off to the red carpet season. Founded by Carlos de Abreu, it is one of several award shows produced by dick clark productions.

37th Annual Kennedy Center Honors
Tuesday, December 30, CBS
Each year, Washington D.C.’s Kennedy Center chooses five “extraordinary individuals” to honor. According to the Kennedy Center’s Chairman, David M. Rubenstein, each honoree has “elevated the cultural vibrancy of our nation and the world.” On December 7, the President and First Lady will greet the chosen five at the White House, before the gala performance which will be televised several weeks later. This year’s honorees are: Lily Tomlin, Tom Hanks, Patricia McBride, Al Green, and Sting.

People’s Choice Awards
Wednesday, January 7, CBS
As its name suggests, the People’s Choice Awards allows entertainment fans – rather than the Academy – to vote on their favorite movies, actors, and performers each year. People’s choice includes the front end of movies, television, and music – no producers or directors are nominated. Started in 1975, the award show has grown from 14 to 40 categories. Funny ladies and Mom co-stars, Allison Janney and Anna Faris, will host the 2015 event.

72nd Golden Globe Awards
Sunday, January 11, 2015, NBC
The infallible duo, Tina Fey and Amy Poehler will return this January to host the Golden Globes for their third consecutive year. Also hailing from dick clark productions, this award show has been considered an Oscar predictor, a less-serious award show, and the “party of the year.” Yet, the Golden Globes always entertain, sometimes granting the underdog a win, and frequently honoring television shows neglected by the Emmys. On December 11 at 8am EST, the Hollywood Foreign Press Association will announce this year’s nominees. 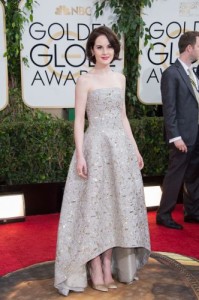 Screen Actors Guild Award
Sunday, January 25, 2015, TNT & TBS
What makes the SAG Awards unique is that both the nominees and winners are chosen from active members of the Screen Actors Guild‐American Federation of Television and Radio Artists. Additionally, it’s the only award show to honor actors – and only actors – from film and television, as well as ensemble casts, and stunt workers. This year, Debbie Reynolds will be granted the Life Achievement Award.

57th Annual Grammy Awards
Sunday, February 8, 2015, CBS
Arguably the music industry’s biggest night, the Recording Academy formed in the late 1950s in order to honor music’s most talented artists. In 2012 the committee reworked the awards categories, decreasing the number of Grammys given from 109 to 78. Though little has been announced about the 57th ceremony, music released between October 1, 2013 and September 30, 2014 will be eligible for nomination.

87th Academy Awards
February 22, 2015
Hollywood’s biggest night and the entertainment industry’s longest running award show with a history stretching back to 1929. The night honors the year’s best films, filmmakers, and actors. Now through the end of December is commonly considered Oscar Season – with the majority of “Oscar-worthy” films released in that time span. This year the Academy welcomes a new host to the stage, Neil Patrick Harris. Nominations will be announced on January 15.

Award show fanatics might notice a few missing ceremonies from the list. The Emmys, television’s esteemed night, sets itself apart by hosting their event in August, while Broadway celebrates with the Tony Awards in June. Starting with the Tonys, summer sees a few additional red carpets, including the BET Awards, country’s CMT Awards, and YouTube’s Steamy Awards in September.