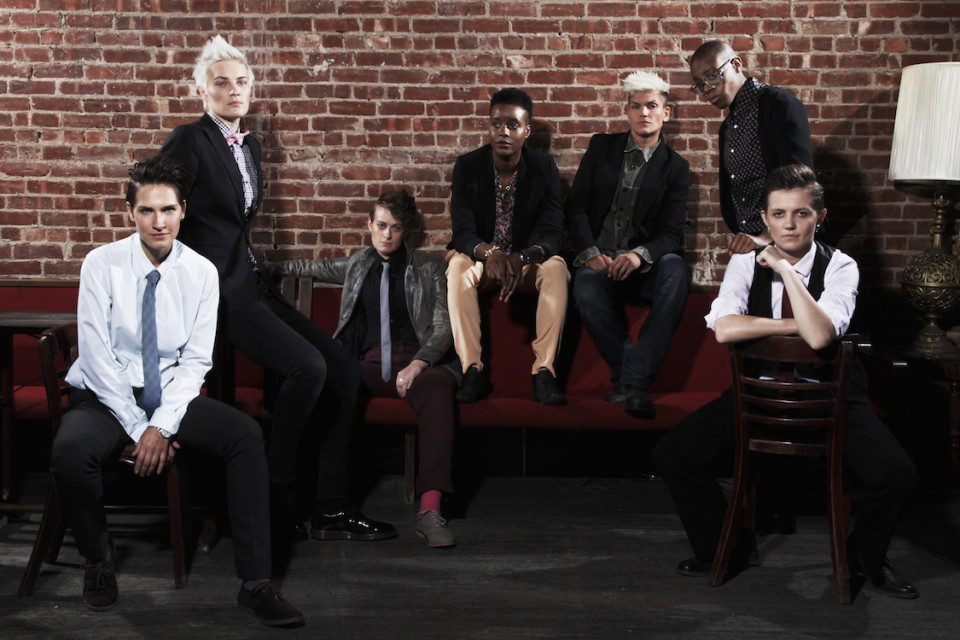 This Saturday, dapperQ will turn the Brooklyn Museum into their stage. (un)Heeled, the online magazine’s largest fashion show to date, will celebrate androgynous and masculine fashion for women and transmasculine folks. Like sweet and sour, the show pairs well with the museum’s current exhibit, Killer Heels: The Art of the High-Heeled Shoe. 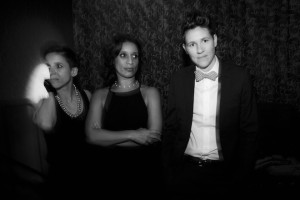 t’s no secret that women’s professional style has evolved since the Y2K scare. And with this fashionable revolution, the options for businesswomen have surpassed the boxy pantsuits and unflattering skirt pieces of the nineties. Today, more and more women are branching out from more conventional staples and allowing their look to take on an androgynous edge. Conversely, other women are finding ways to dress for the office while also staying true to their preferred gender presentation.

Resources, like dapperQ – the fashion, lifestyle, and empowerment website for masculine presenting women and trans-identified individuals – have been helping inspire, as well as tutor, women in the realm of androgynous style for nearly six years. “A lot of readers reach out to us for feedback. Some masculine presenting women have asked us if they should dress more feminine for work, some are scared they’ll be passed up for jobs or be the first one to get laid off, or passed up for promotions because of how they dress,” explains editor–in–chief, Anita Dolce Vita. “It’s important to have options – everyone deserves to dress how they feel.”

Since it’s creation in 2009, dapperQ has been called the “GQ for the unconventionally masculine,” which Vita points out is a much larger population contingent than just the LGBT community. “Many of our readers are straight women who want to dress more androgynous, but feel pressure to dress more feminine. At dapperQ, we’re using fashion to redefine gender identity and expression – it’s a really powerful tool.”

Among the site’s many features is Corporate Q – a section that invites readers to share their stories about dressing outside the gender binary in the workplace. According to Vita, reading submissions from across the country helps keep things in perspective. “One person’s experience in Texas is different than someone’s in New York. People in urban areas have a bit more freedom to dress the way they want, and we can all take it for granted. Our site is a resource for people all across the U.S.” Their reach also extends to hopeful parents who sometimes reach out for tips on helping their child dress for proms and graduations.

An oncology research nurse by day, Vita began writing for the site several years ago, and became the editor-in-chief last year. A devoted fashion lover, Vita reveled in the opportunity to use her free time to combine her fashion obsession with her love for the queer community. Though, she admits that when she joined she knew little to nothing about menswear. “After so many years of reading fashion magazines and blogs, I didn’t know anything, so I spent a long time researching men’s fashion.” A quick study, it was Vita who thought up dapperQ’s first ever runway show in 2012.

“I love New York Fashion week,” explains Vita. “But the designers we write about are never featured.” But, instead of lamenting the lack of masculine-of-center fashion visibility, Vita and the rest of dapperQ set out to showcase some of the best emerging designers in the field.

After their last fashion show – during September’s New York Fashion Week – outgrew their previous venue, Vita set her sights on the Brooklyn Museum. Hoping for one of their First Saturday events, she visited the current exhibit, Killer Heels, and found the parallel she was looking for. “I got the idea for (un)Heeled after walking through the exhibit with my partner – I wanted every heel, my partner definitely did not. Saturday’s show is the counter narrative to Killer Heels.” 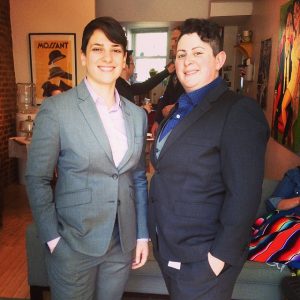 (un)Heeled will be their biggest event to date, featuring six of the leading queer and/or androgynous fashion designers in the business. Among those featured will be Bindle & Keep, “the bespoke tailoring company for all genders.” If the name sounds familiar it might be because Lena Dunham – creator and star of HBO’s Girls – is in the midst of producing a documentary on the tailors, and three of their transgender clients. Likewise, Saint Harridan will also be in show (and at the pop-up shops beforehand). Earlier this year, one of their suits made it to the Emmy Awards, worn by Orange Is the New Black star Lea DeLaria. Angie Chuang, Sir New York, Sharpe Suiting, Jag andCo, and San Francisco-based hat makers, Goorin Brothers make up the other couturiers.

The show starts at 8:30, but the festivities start long before the first model walks down the runway. The Dapper Academy will open at 7pm, featuring mini pop-up shops by the featured designers, bowtie tying tutorials, as well as suit and shirt measuring how-tos, and other fashion tutelage.

Saturday’s event will be one of the largest celebrations of style for masculine presenting women and transmasculine individuals, in recent history. And Vita couldn’t be more excited. “(un)Heeled is an opportunity for museum visitors to engage with those who are using fashion as a springboard for redefining masculinity.”