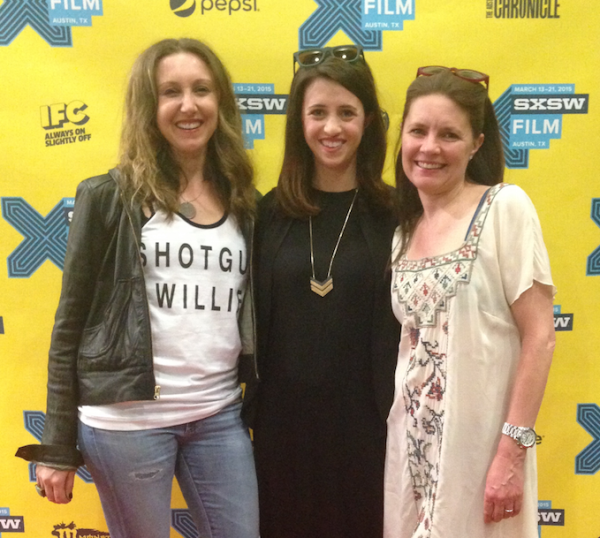 How to Become a Producer

The Women from the Denver Film Society Shed Some Knowledge

Britta Erickson believes women are natural producers. As the festival director for the Denver Film Society, and film producer, Erickson has been working in the film and theater industry for nearly 20 years. Though she took her first official producing job in 2009 on the documentary, Convention, she’s certain that her career path was leading her to that role for some time. 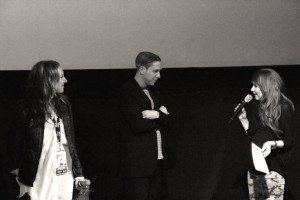 Originally, Erickson began with the Denver Film Society as the organization’s publicist. After eight years in that role, she was promoted to festival director and also began producing. “As a publicist, the experience of knowing how to feed stories makes you a great story teller, which also makes for a great producer or director,” she summarizes.

As one of five producers on her latest film – Rolling Papers, a growing festival favorite, which premiered at South by Southwest – Erickson worked with a talented team, including Katie Shapiro and Alison Greenberg. Both Shapiro and Greenberg have worked with Erickson for five years through DFS, and together they’ve been teaming up as producing partners. “I don’t know what it is about DFS, but it attracts some very powerful females, and we all get along famously. It’s a very supportive, female community,” says Erickson.

A Denver native, Greenberg came to film early on in life, choosing it as her major at the University of Southern California. For several years she worked for the Tribeca Film Festival in Manhattan, before deciding to return to Colorado. However, Greenberg credits Erickson as one half of her reasoning to return home. “After meeting her, I realized that there was a film industry happening in Colorado.”

Like Erickson, Shapiro also comes from a public relations and journalist background. “It wasn’t until I moved to Denver that I got involved in film,” she explains. “After I experienced my first Denver Film Festival in 2007, my friend and I knew we wanted to get involved in DFS in an ongoing basis.” Feeling excited, Shapiro went to sign up for the Society’s young professional group, but, much to her dismay, the group did not exist. Instead of giving up, Shapiro – and her friend, another publicist, Jenny Bloom – founded the group, now known as Reel Social Club.

“I feel like a lot of women come into the business through publicity,” explains Erickson, referring to her team’s previous work experience. “Actually, I just recently watched Ava Duvernay’s 60 Minutes interview where she was asked why she thought she could direct [Selma]. After responding that she’d directed films before, the interviewer said something along the lines of, ‘but not on this kind of budget.’ And she responds: ‘Have you ever run a red carpet?’”

“Yes!” Greenberg interjects. “Having an event planning background is really useful for producing, because you’re pulling together all the pieces to make a film work. All the funding, and making sure the team is coordinated, and doing all your due diligence to make sure that everything is in place. Those are the same skills you learn as an event planner.”

Unlike directing, acting, and even editing – the work of a producer is a bit more elusive. But, as Greenberg explains it, the producers’ job is to make everything flow smoothly. “You basically wear whatever hats are needed for the project. With Rolling Papers we were very hands on and had a lot of say in the creative process, but I’ve worked on films were that hasn’t been the case, and all I worked on was the fundraising. It just depends on the project.”

And while all three producers agree that women in the industry do have to work harder, at times, to prove themselves, they’re too busy to let it affect them. “Honestly, I think it’s still very important that the film industry keeps the dialogue active about the under-representation of women, but I don’t wake up in the morning thinking ‘I’m a woman hear me roar’, I wake up in the morning thinking about what I need to do that day,” Erickson sums up.

In fact, Erickson admits she’s tired of sitting on women’s panels and attending events focusing solely on women’s accomplishments. Though it’s not because she doesn’t care, but because she believes women and men should be receiving equal attention, instead of fixating on gender. “I’ve talked with Leah Meyerhoff [the writer an director of I Believe in Unicorns, and founder of Film Fatales], she’s a huge inspiration, and we’ve both been like ‘we direct and produce and run a film festival – why are we still having this conversation?’”

Instead, these ladies are dedicated to providing the film world with female role models. “I do think we’re in an industry where that’s still an issue,” adds Greenberg. “There are not as many female role models. Yes, they’re out there, but they’re not always easy to find.”

Following this line of thought, Erickson, who was one such mentor to both Greenberg and Shapiro, believes it’s her responsibility to take on that role. “As someone just a bit older than them, it took me finding a woman to be inspired by to help me realize I could do it. So mentoring young women is something at the very core of my work.” But it doesn’t end with her. “I guarantee that any woman who works in the industry would happily take on and assist many young, aspiring women in this field. I really think young people just need to reach out and say I want to get into this business.”

Greenberg – who says Erickson is very good at being a mentor – also urges other aspiring female filmmakers to not fixate on the unbalanced numbers. “The most successful women are the ones that don’t pigeonhole themselves.” The producer, who’s already working on a new project – with Erickson – also stressed the importance of having a “thick skin” when entering the business. “I think there’s this attitude like you’re supposed to be stuck into a certain role, and that’s not the way it is. Just be open to doing whatever it takes to get into the position you want to be in.”

Adding to Greenberg’s words of wisdom, Shapiro also stresses the usefulness of networking. “Talk to as many people as possible and ask for advice – that way you’ll find women who are quick to become your mentors.”