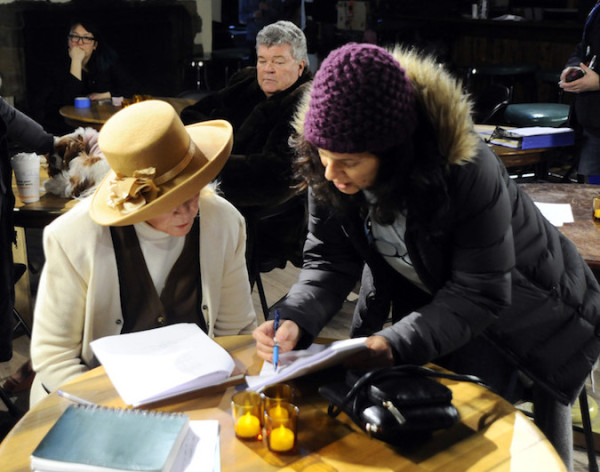 Get to Know the Women Behind the SXSW Film, I Dream Too Much

The classic coming-of-age story is one that resonates with us more than any other tale. Last summer, Richard Linklater’s 12-year project, Boyhood took audiences by storm. However, his story focused on a young man from the ages of six to eighteen. Seldom do we see a female coming-of-age story and if we do, rarely does it focus on just women.

Which is why Katie Cokinos’s latest feature film, I Dream Too Much, stands out among other festival favorites. 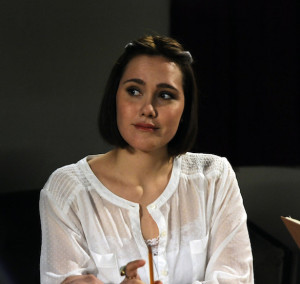 Coincidentally, her long-term colleague and friend, Linklater worked as an executive producer on the movie. But what’s more noteworthy than her executive producer, is the film’s standout ability to truly focus on female characters. And, if that wasn’t enough, it also shows us that growing up and following your dreams can, and should, take place at any age.

Although director Cokinos’ residence is in upstate New York, she is no stranger to the Texas film scene. Her career within the film industry began at the Southwest Alternate Media Project in Houston. Additionally, from 1990 to 1995, she worked as the managing director of the Austin Film Society. During that same time period, she ran promotion and publicity for Linklater’s 1991 cult classic, Slacker, as well as serving as a location manager for What’s Eating Gilbert Grape (1993) and Texas Chainsaw Massacre: The Next Generation (1994).

After creating five short films, Cokinos wrote, directed and stared in the film, Portrait of a Girl as a Young Cat, which premiered at SXSW in 2000. While the feature made its way through the festival circuit, Cokinos became a new mother. Once the film tour was done, the filmmaker decided to take some time off camera to focus on raising her daughter. Though she spent the next decade being a mother – a son soon followed – Cokinos never lost the creative buzz. During that time she wrote numerous screenplays until last winter, when her husband and cinematographer, Alex Rappoport, suggested write a film they two of them could film during winter in Saugerties, NY.

From there I Dream Too Much was born. Inspired by snow – the small town would be a winter wonderland when filming – and Jane Austen novels, Cokinos created a story that would launch her back into the world of independent movies. The story follows Dora (Eden Brolin), a recent college graduate at a crossroads of her quarter-life crisis. Living in New Jersey, she unhappily begins to prep for the LSAT at her mother’s bequest, while her friends travel the world. That is, until her Great Aunt Vera suffers a substantial injury, and Dora uses her aunt’s injury to escape her mother and the Garden State. The young woman soon finds herself in the middle of upstate New York, befriending local residents (Danielle Brooks) and experiencing an adventure of self-discovery. Under the guidance of new friends and her world-traveled aunt, Dora finally indulges in her creative endeavors.

The film’s three main characters are women, all of which are in different milestones in their lives. Each with their own hopes, dreams and ambitions and each of them scared for what possible failure and rejection may lay ahead. It is our understanding that Cokinos wants audiences to feel inspired by her film. It doesn’t matter if we are teenagers or adults, we never stop growing or transitioning. It’s never too late to be brave and take a chance.

SharpHeels sat down with two of the film’s stars, Brolin, in her first major role and Brooks (Orange Is the New Black) as Abbey, a retail worker and aspiring singer that Dora befriends.

How did each of you get involved with this film?Eden Brolin: I auditioned for the film in New York, a few months before they started filming. [Afterwards] I sort of dropped off the face of the Earth, went back home to LA and turned off my phone for a little while and thought, ‘Oh god, there goes another terrible audition I did.’ I got a call asking to come back to New York, but I couldn’t so I had a Skype meeting with Katie and some of the producers about the script and after that conversation I got the part. 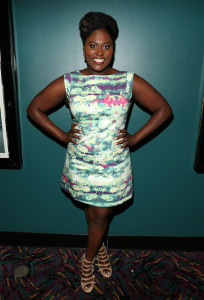 anielle Brooks: I had general meeting with casting director, Judy Henderson. She said ‘I think I have something for you’ and I met with Katie. She was unsure about what she envisioned for Abbey, but after our discussion she asked me if I wanted to do it, and I said yes.

Eden, you come from a family of actors, was acting something you always wanted to do?EB: It was something I always wanted to do, I watched a lot of movies growing up, and it was an obvious choice. It sounded like fun to me; I enjoyed working on a set a lot. I love the vibe on set; I like the idea of how many hands and brains it takes to make a film. But I definitely understand why my parents asked if it was something I was sure I wanted to do. It makes a whole lot of sense now, after five and half years of auditions.

Danielle, most of your work has been in television, is film something you are looking more into?DB: I don’t want to stay in one place. I want to do everything. I love TV, I enjoy movies, and I love the quickness of it. My heart is in theatre – I want to do musical theater and plays and classics. I love all of that stuff. I love a good story, it doesn’t matter what it is as long as it’s a good story.

Did you find your characters relatable?EB: Yeah, I think [Dora and Abbey] are very different and complex characters then we both are, but at the same there is so much relatable to any twenty-something. You are always going through a transitional period, no matter where you are. There’s always that pressure to decide what you want to do.

DB: We all have dreams, it doesn’t matter what stage of life you are in, and we all want to accomplish something. I think a lot of people can relate to Abbey in that way.

Is it ever difficult to find roles for women  with a lot of meat to them?EB: I feel lucky as an actress because you get to read so much material and figure out what you want. There are so many writers out there that have new and amazing ideas for women.

DB: No, I think it’s changing. Opportunities for women are changing, opportunities for women of color are changing. I think TV and film go through stages and I really can’t wait till we get to a point where it’s consistent. It feels like this year is the year of the women, then next year it’s not. As far as the material out there, there is some really great stuff. I do think networks and producers need to be braver, but it’s just a matter of them being bold enough to try something new.

Do you two have any upcoming projects?EB: I worked on a thriller in October with director Richard LeMay. I will also be in a project titled, Unfiltered that starts filming April.

DB: The next season of Orange Is the New Black comes out in June and I’m really excited!

I Dream Too Much premiered at the South by Southwest Film Festival in the narrative spotlight category.

Photos courtesy of I Dream Too Much website, and Netflix (Jesse Grant/Getty Images for Netflix