Meryl Goldsmith Delves into Investigative Filmmaking with The Syndrome

At 32, Meryl Goldsmith has turned her dream of becoming a filmmaker into a reality. Her first full-length documentary, The Syndrome, was released last fall and is currently touring the film festival circuit.

It all began five years ago,when Meryl decided she was ready to take her filmmaking to the next level. After making a series of short films, she reached out to her cousin, longtime investigative reporter, Susan Goldsmith. Together the two quickly embarked on a documentary-making journey to expose the truth behind what they’re now calling the “junk-science theory” that we know as Shaken Baby Syndrome. Originally, Susan – who’s 22 years Meryl’s senior – had pitched the story idea to her then-editor at The Oregonian, but the story was too controversial for the state newspaper. So when Meryl contacted her about story leads, the two quickly decided that together they would take on the shaken baby investigation. 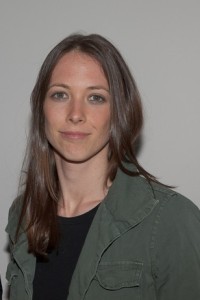 With Meryl behind the camera, the cousins spent nearly half of a decade researching reports and interviewing doctors, professors, and multiple couples prosecuted for child abuse in the hopes of uncovering the truth. According to Susan’s findings, more than 1,000 innocent people are currently in prison for a crime that Meryl says is not “scientifically accurate.”

Susan – who co-produced the film with Meryl – has been breaking stories for decades. Aside from The Oregonian, her writing has appeared New Times Los Angeles and The Los Angeles Daily News. While reporting for The Oregonian, her investigative work on several child abuse cases led to the state legislature passing two Oregon state laws to better help children in the foster care system. Before relocating to the Pacific Northwest, Susan broke the story of the illegal workings happening at one of Los Angeles’ most prestigious law firms. She also reported on the safety hazards during the construction of L.A.’s subway system, among other stories.

For her work, Susan has received multiple awards including First Place for Crime & Justice reporting from the Pacific Northwest Society of Professional Journalists in 2008, and California Newspaper Publishers Association’s First Place for Investigative Reporting

Meryl – who not only co-produced The Syndrome, but also worked as the film’s editor, and music coordinator – knew from the start how she wanted the film to feel. Her storytelling goal was to take the audience on journey from the dawn of shaken baby syndrome to today. Choosing to blend a “mostly mainstream format with some artistic ideas,” she “put the story into a traditional film structure without shooting much verite.”

The up-and-coming director took some time from her busy festival schedule to talk with SharpHeels about making a five-year long documentary, working with her cousin, and her hopes for The Syndrome.

Tell me a bit about how you and your cousin decided to make The Syndrome?
Well, I made documentaries in the past, but this is the first one I’m releasing. I always knew I wanted to do something with my cousin – when I was growing up I would read her stories and her work really inspired me. So a few years ago, I called her up and asked if she had any ideas or interest in working on a film together. As timing would have it, Susan was working at The Oregonian at the time, and she’d been looking into the growing debate encompassing Shaken Baby Syndrome, but the newspaper wouldn’t run the story because it was too controversial. Together we decided to make it into a documentary. There’s less controversy surrounding filmmaking than in traditional reporting, and both of us are into hard hitting journalism. We also wanted to make sure to show both sides in the hopes of getting the truth out there.

Now the film’s been out for about six months now, and we’re in the festival process. We’ll be in Santa Monica for the Cinema of the Arts Film Festival, then on to Chicago, Tuscan, Newport Beach, and the Black Hills Film Festival in South Dakota.

With the film currently touring film festivals, doo you have an end goal for The Syndrome?
We’re hoping to tour through September, which will be a full year. Then in the fall we’ll start our law and journalism school tours. After that we’ll have a theatrical debut on both coasts, and then we’ll get the film online. It all sounds pretty amazing. For me, the most terrifying part was saying: “It’s done,” acknowledging that, at a certain point, you can’t make any more changes, and stepping away.

How did your work as the film’s director differ from your role as a producer?
For the actual filming of the documentary, Susan organized most of the interviews, while I worked with the crew, and set up travel. As the director, I guided the storytelling process and structured the film by organizing all the events that took place into more of a cohesive narrative.

The two roles go pretty hand-in-hand, but when I’m producing I feel like I’m mostly doing administrative work. Of course, while I like the creative work better, I have to do a lot of admin of work to get the film out there. The biggest challenge with producing is that it takes more time to do the admin work than it does to set up the more creative aspects.

Does that mean you prefer directing to producing?
I thought I wanted to be a producer at one point because I do have a business side – there are a lot of entrepreneurs in my family – but I definitely like directing better. For me, producing gets so administrative that it’s not as fun. I do like talking about the film, and thinking about the story and music and images.

Finding funding for independent documentaries can be difficult, can you tell me a bit about the fundraising process you and Susan went through for The Syndrome?
We actually had one private investor – an entrepreneur – who’s a fan of documentary journalism and he became a fan of our film. We’ve been lucky because we haven’t had to look for any other outside investing or fundraising. But, of course, he wants the film to make money so that he can get his money back, and possibly help make our next film. But for us, one of our biggest goals is to not let let investigative journalism die, so it was great to find an investor who aligned with us. And we definitely want to make more films.

Susan, an acclaimed investigative journalist, is your cousin, you’re an up-and-coming filmmaker – how’s it feel to be a part of a family of inspirational women?
It’s pretty amazing. When I was reading [Susan’s] stories as a teen I knew she was in L.A. exposing all these huge stories. It was really inspiring for me even though I didn’t want to be a writer. After all this time, it’s amazing that our stories crossed paths. Aside from Susan, my grandma was an inspiration to me as well. She went to Juilliard for piano, and was one of the first women to go to law school.

It’s never been a question about being a woman. I’ve always been encouraged by my family to follow my passions and I’ve definitely been treated with respect [in my career]. On the other hand, I know that only 1.8 percent of the directors out there are women, so I do believe women might have to work a little harder to prove themselves. But I think that when you have a support system encouraging you your whole life – teachers, parents, friends – it’s a lot easier. I also try not to think about that number as much, but then, I don’t really have to because I’ve been lucky enough to have funding.

How long have you been making films?
I started when I was about 19, making films for class when I was in college at University of Michigan. Then I was doing projects for myself with friends, and I started my first real documentary 11 years ago. Over the years, I ended up making a couple of documentaries on electronic music, but they were never released. I just I wasn’t happy enough with them. With [documentary] filmmaking there are a lot of things out of your control and I knew I wanted to make something amazing.

As a female filmmaker, what advice would you offer to other women starting out in the industry?
Just do it, not to steal the line from Nike, but don’t let anyone make you feel less-than because you’re a woman. Not that I think that’s the case, I think sometimes it’s just discouraging because we don’t see a lot of female directors. But I think women directors could have a unique angle from men, so why not have more diversity in the industry, especially since its storytelling? My biggest piece of advice is to stay passionate and focus on your bliss, like Joseph Campbell says.

What do you hope the audience takes away from The Syndrome?
I hope they are blown away and moved by the incredibly heartbreaking stories, and inspired by the courageous actors in the film. Hopefully, it will also make people a bit more skeptical about believing everything they read and hear.

To find when The Syndrome premiers in a town nearest you follow the film on social media. In fact, Meryl invites fans to reach out to her. “I like hearing from people – it’s been great taking the film around the country and meeting people.”