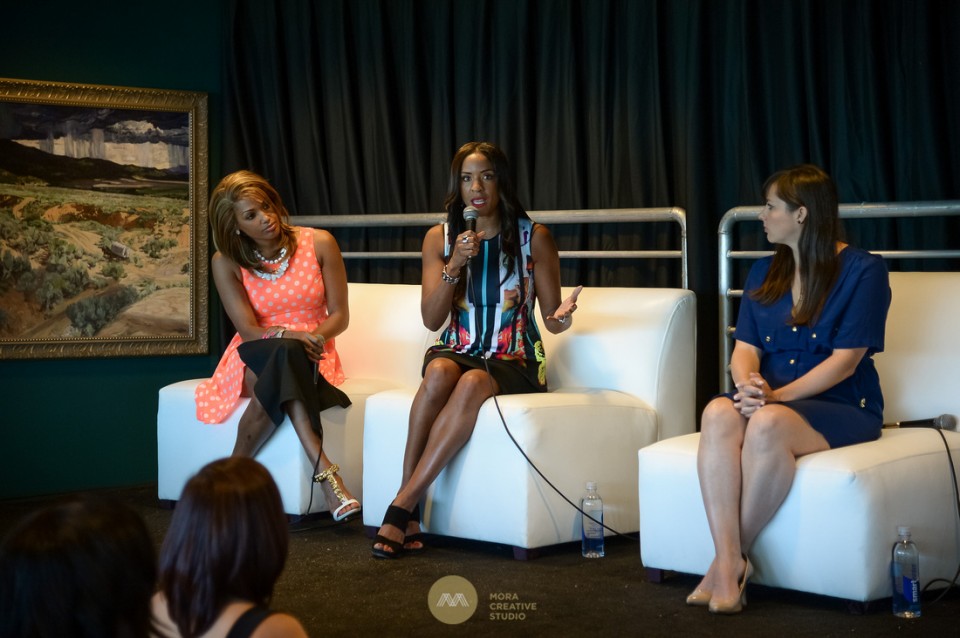 At 11am on Friday the 13th, power began to gather at the StubHub Center in the city of Carson, California. Not the electrical kind, or even the bad-luck kind that one would expect on such a notorious day, but the kind that runs companies, manages teams, makes decisions, and changes the world.

The sports conglomerate AEG, owner of such venues as the Staples Center in Los Angeles and the Colosseum at Caesar’s Palace in Las Vegas, hosted their inaugural Women in Entertainment Luncheon, honoring women who work in Film, Television, Music, Sports, and Fashion. The sold-out event was also a fundraiser for likeminded organizations, such as NABFEME (National Association of Black Female Executives in Music and Entertainment), WISE Los Angeles (Women In Sports and Events), the StubHub Center Foundation, and Women Helping Women in Entertainment.

Tamala Lewis, the Director of Community Affairs at AEG and the StubHub Center Foundation, organized the luncheon to give back to the community, honor successful businesswomen, and to help inspire those reaching for the same goals. Women in all different stages of their careers came to enjoy the silent auction, a plated lunch, and nifty swag bags filled with gifts from the event’s sponsors. Coca Cola, Jimmy Choo, Stila, LA Galaxy, and Sprinkles Cupcakes, were just some of the many companies helping put on the event. Up-and-coming teen chick-rockers, The Sledge Grits Band, performed along with DJ Sceanie. But the highlight of the luncheon was the inspiring panel of speakers. 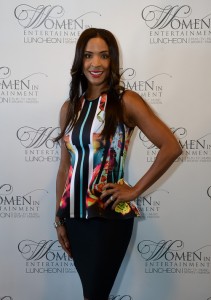 The panel’s positive outlook on women in business was refreshing. This was not a man-bashing event; nor was it a place for women to “whine” as many a naysayer might have assume. The luncheon attendees were a group of go-getters who have found their way to success through problem solving, teamwork, and communication.The panel kept the crowd engaged before everyone was released to general networking. The moderator, Pat Shields of Black Dot, LLC, expressed how she wished “they had another hour” to continue the discussion. But all of the panelists were gracious with their time, and mingled in the crowd well after the event had technically concluded. If attendees didn’t rush over to purchase a discounted pair of Jimmy Choos – a tax write off, ladies: it’s for charity – they could spin the Coca Cola wheel-of-fortune to win a prize, as well as indulge in the serve-yourself candy bar.

Seeing this many powerful and hard-working women in one room was truly inspiring. The attendees and speakers alike were approachable, positive, and eager to give advice and guidance.

Here are some of the most motivating and memorable information shared by the panelists. Gabby Duno, StubHub Center’s head of partnerships activation and account management, talked about how she took it upon herself to incorporate “Mommy Rooms” and “Family Parking” into company policy, and made both perks the norm at StubHub’s corporate offices.

BET Networks’ Senior Vice President, Kim Lewis, addressed her belief that there needs to be an understanding between family and work. Moreover, keeping that distinction and that collaboration allows everyone to be involved and on the same page.

Actress and producer, K.D. Aubert discussed the importance of compartmentalizing tasks and keeping herself focused on the business aspects of her acting career. She reminded the audience – as well as herself – to not get bogged down in the “Nos” that will inevitably arise.

Success includes triumphs and disappointments, but despite all, goals are possible to reach. And so many of the women in this room were a testament to that.