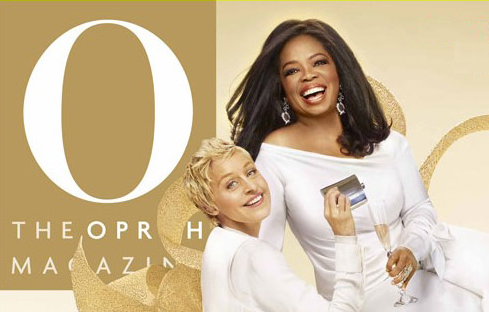 On January 20th the signs shifted from Capricorn to Aquarius. From now until February 18 – the zodiac shines it’s light on these clever, unique, and aloof individuals.

Like a true air sign, the Aquarian – also known as the Water Bearer – prefers to remain unattached in order to pursue her whims as she chooses. These deep thinkers are considered highly intellectual communicators with the ability to see an argument from all viewpoints. They are the zodiac’s problem solvers, and also great humanitarians with unique ideas and perspective.

However, Aquarians are not ones for limitations and will rebel against anyone or anything that tries to restrict them. Though gregarious in nature, these philosophizers wilt in dull situations – frequently flitting away for a more interesting offer or event. An imaginative air sign, Aquarian ladies prefer to live for the future rather than dwell on the past.

Happiest of birthdays to some of the most iconic Aquarian women! Find out how these five celebrities embraced their Water Bearer ways to further their careers and their ideals. 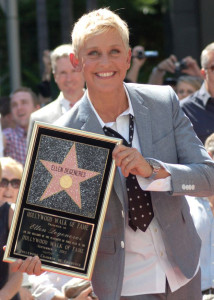 Today, Ellen DeGeneres is the apple of America’s eye. From her esteemed talk show, The Ellen DeGeneres Show, to her latest TV endeavors – Ellen’s Design Challenge on HGTV, One Big Happy (a sitcom coming this spring), and next fall’s Happy Time – DeGeneres can do no wrong. But in 1997, when she came out as a lesbian on her sitcom (also aptly named Ellen), ratings plummeted. Despite an Emmy win for the coming out episode, the show was canceled the following season. As a strong and independent Aquarius, DeGeneres opted to keep her eyes ahead of her, rather than dwelling on America’s ignorance. She starred in several movies, including 1999’s EdTV with Matthew McConaughey before returning to television with her talk show in 2003. That same year, she won the hearts of children and adults alike as the voice of Dory in Pixar’s Finding Nemo. In total, DeGeneres has brought home 13 Emmy Awards and 14 People’s Choice Awards. Her unique Aquarius perspective has made her a favorite award show host – having lead the 2001 Emmy’s, the 79th and 86th Academy Awards, and the Grammy’s in 1996 and 1997. DeGeneres is also hailed as an activist for LGBTQ rights, and animal welfare. 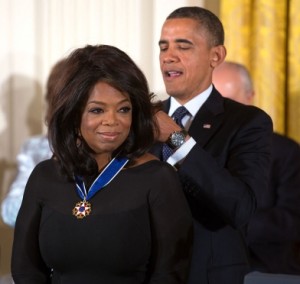 As of this month, the “Queen of All Media” is worth upwards of $3 billion, according to Forbes. Winfrey, a devoted and ambitious Aquarius, embodies the American Success Story. Born into poverty, she became a self-made millionaire before her 33rd birthday. Her talk show – which has had intense international success – aired for 25 years, ending in 2011. The show, which Forbes reports is still in syndication today, was respected for never dabbling in tabloid topics like many of the other nineties talk shows. Following the end of the Oprah Winfrey Show, the entrepreneur launched her own television network – OWN. Though the network took some time to find its proper footing, OWN is now “cash-flow positive,” and has been since 2013. As an Aquarius, her humanitarian side has never been hard to find. Aside from her generous talk-show giveaways, she’s also helped launch the careers of cooking star, Rachel Ray, and Dr. Oz. She also began Oprah’s Angel Network, which raises money for multiple charities including girls’ education and relief for Hurricane Katrina victims. The Angel Network has brought in more than $51 million dollars. In 2005, Business Week named her the greatest Black philanthropist in American history. As a producer, under her own production company, Harpo, Winfrey has produced multiple TV shows and movies – including this year’s Best Picture nominee, Selma (she also plays Annie Lee Cooper in the film). Professors have created classes based on Winfrey’s career – she is the perfect American icon. 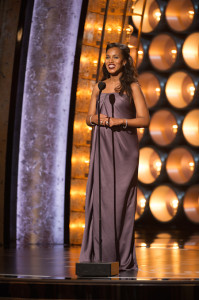 Over the past three years, Kerry Washington has become a household name. The actress who started out playing small roles in nineties films, including Save the Last Dance, Ray, and The Last King of Scotland, is now a queen of Prime Time. As Olivia Pope on Shonda Rimes’ Scandal, Washington is a take-charge fixer who’s political and personal moxie has already influenced a generation of businesswomen and political players. In 2013 she received an NAACP Image Award for Outstanding Actress in a Drama Series for her role on Scandal. That same year, TV Guide named her star of the year. Forbes ranked her number 20 on their highest paid TV Actresses List, and 93 out of their 100 Most Powerful Celebrities. Additionally, last April, Time Magazine added Washington to their 100 Most Influential list. For playing Olivia, Washington has been nominated for two Emmy Awards (the first black woman to be nominated for best leading lady in a drama in nearly two decades), a Screen Actor’s Guild Award and a Golden Globe. With her Aquarian love for helping others, Washington has helped raise awareness around cancer, voter apathy (in helping to re-elect President Obama), and domestic violence. She’s also a member of V-Day, a global movement inspired by The Vagina Monologues that helps end violence against women and girls. 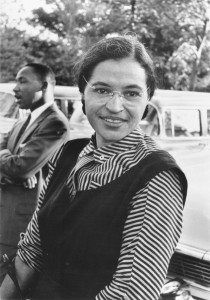 A celebrity in her own right, Rosa Parks was the spark that caused Montgomery, AL.’s citywide boycott against segregation when she refused to give up her bus seat to a white rider. But Parks was an equality activist long before December’s 1955 bus incident. After dropping out of high school to take care of her sick mother and grandmother in 1929, Parks worked tirelessly to earn her high school degree several years later. A decade later, she joined Montgomery’s NAACP chapter as both the youth leader and secretary to E.D Nixon – the NAACP’s president. After she was arrested in 1955, Parks not only lost her job but also received countless death threats. But like a true Aquarian, she refused to let those things prohibit her from moving forward. For 23 years she worked for U.S. Representative John Conyers. She was an active member in the Black Power Movement, and worked with political prisoners. She authored her own autobiography, My Story, in 1992. For her activism she’s been awarded the NAACP’s Spingarn Medal – their most distinguished honor, as well as the Presidential Medal of Freedom (by President Bill Clinton), and the Congressional Gold Medal. In 1999 – six years before her death – Time Magazine named her one of the 20 most influential people of the 20th Century. 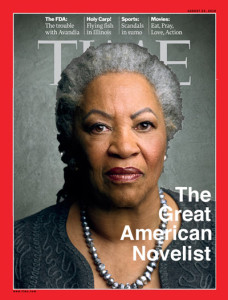 Respected author, Toni Morrison has won it all – a Pulitzer, the Nobel Prize for Literature, and the Presidential Medal of Freedom – not to mention various other awards for her defining literature. As an Aquarius, Morrison’s work is seeped with her intellectual spirit and is most well known for exploring African-American history, folklore, and experiences. By April – when her latest novel, God Help the Children, will be released – she’ll have authored 11 novels, as well as multiple children’s stories, two plays, an opera, and an array of non-fiction work. Always the intellectual, Morrison has taught at several universities including Howard (where she received her BA in English), Princeton, and Oberlin College. In 1993 she became the first black woman to win the Nobel Prize for Literature. After one of her novels was banned from a Michigan high school in 2009, the progressive Aquarius became a champion for free speech. That same year, Morrison worked as the editor for Burn This Book, an anthology of essays that “explore the meaning of censorship, and the power of literature to inform the way we see the world, and ourselves.”

We also love Alicia Keys, Alice Walker, Shakira – and you! Now tell us which Aquarian trait is taken you the furthest in life? Happy Birthday Water-Bearers!