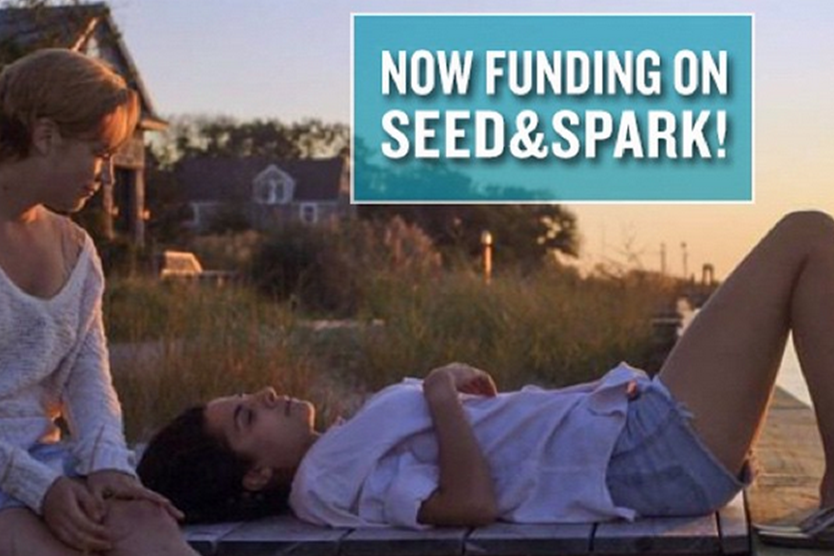 Producer Emily Best is the founder and CEO of Seed&Spark, a crowdfunding and digital distribution platform for independent filmmakers. She is also the publisher of Bright Ideas, the ultra-hip, knowledgeable, published-only-twice-a-year film magazine whose motto is “After reading [us], you should want to make a movie, not just watch one.” 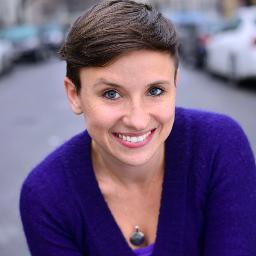 2011 was a year in which Emily experienced the glorious and challenging duality of independent filmmaking: she produced her first feature, Like the Water, a tale of a young woman’s grief and self-reflection, with a remarkable group of females — and she faced the incredible challenge of getting that first feature funded.  The takeaway from that entire project inspired her to found Seed&Spark.

Emily has quite the arts and culture resumé. She has produced theater, worked as a vision and values strategy consultant, managed restaurants, studied jazz singing, and been a tour guide and cook in Barcelona. What education creates that career path? A degree from Haverford College in  Cultural Anthropology and American Studies.

Her efforts to champion the energy and creativity of independent film have been recognized multiple times: in 2013, Emily was named an Indiewire Influencer, one of forty people and companies whom Indiewire says are asking the big (and important) questions about what the independent film industry is and will be.  And in 2015, Digital L.A. named her one of the Top 50 Digital Women.

When Emily is not building Seed&Spark, she is touring film and tech festivals, educating and learning from filmmakers, since her goal is to ensure future filmmakers can dream and build sustainable careers. When I asked Emily what “the worst” is for her was, I expected a Hollywood answer.  Emily’s reply? “Bad food at a restaurant” — and if you’ve had the hallowed experience  of being a cook in Spain, I imagine that truly would be the worst.

What is your expertise?Crowdfunding, audience growth/messaging, independent film distribution, and strategic planning.

What are you curious about?When the tipping point will occur for the creative middle-class of filmmakers; when will they really be able to make a sustainable living creating things for the web and beyond.

Define “entrepreneur.”Someone who doesn’t say “I can’t” — but rather “How am I going to solve this problem?”

Who are your heroes?ZOMG. So many: Ava Duvernay, Oprah Winfrey, [the late essayist]  David Rakoff, Tiffany Shlain [Emmy-nominated filmmaker dubbed by Newsweek as “one of the women shaping the twenty-first century”), founder of Interloper Films, Ondi Timoner, David Williams III, Diane von Furstenburg, and my parents.

What is your current challenge?Getting all the work done in order to service the demand. And getting filmmakers connected to wider audiences faster!

Your greatest achievement?Building a team at Seed&Spark with whom I love to work, every single day.

What is your motto?I have two: Just do the next right thing right, AND “Nothing is f—-d.”

Why are you an entrepreneur?I fear I may not know any other way to be — I like to solve problems.

What problem are you solving?The tremendous lack of representation in independent film; both filmmakers and audiences have been disenfranchised by the last 120 years of the film business.

What problem would you like solved?That I don’t have to solve? I would like someone to build an app that can scan the people I am meeting with, then search the web and get me their name. I am terrible with names. Then it would also store the meeting I just had, with the date, so I can search for the last time I met with someone…

Item you wish you had invented?The lithium ion battery.

Biggest regret?Not buying Citibank stock when it was at $1. I talked about it and I didn’t pull the trigger. That would have solved a lot of other problems…

Essential app(s)?Squaready, Hyperlapse, the KCRW app, Twitter (I’m so terribly boring!). If you have kids: Doodlebuddy provides HOURS of entertainment.

Which productivity tools (app/software/office supplies) do you use most often?[Organizational tool] Podio, the notes app on my iphone, and a physical notebook and a pen.

Best discovery?The pork cheek at Suntouku Ramen in Vancouver, BC — hands down!

Which talent would you like to have?Talent? I would love to have perfect pitch. Skill: I would like to study martial arts.

Best pat on the back you’ve ever received?Investment from three female impact investors whom I deeply respect.

Advice you wish you’d had (or had followed)?Raise more money than you need — like, a bunch more.

Your pitch in 140 characters?“@seedandspark connects filmmakers and audiences to make what they love, together.” Crowdfunding+streaming = the future of film.

Your bio in six words?“She likes food, stories, and #officedog.”

The Twitter follower you can’t live without?[Writers and filmmakers] @kingisafink.

Your nails on a chalkboard moment?A tweet that goes something like: “PLEASE HELP ME AND DONATE TO MY CROWDFUNDING CAMPAIGN OR WE WILL FAILLLL…”

Biggest misconception about being an entrepreneur?The number of dark nights of the soul it provokes.

Inc. or Rolling Stone or…..? Which magazine cover?Wired.

What are you reading?Being There, by Jerzy Kosinski.

What is your must-read?Everything that David Rakoff every wrote. The entirety of Fraud.

If I wanted to do what you’re doing…what’s your advice?Listen to the audiences — they have the information you need.

What conference would you like to keynote?The Conference in Malmo, Sweden [whose tagline is “Exploring complexity in a digital world.”]  Someday…someday…!

What’s your guilty pleasure?House and NCIS.

Who or what inspires you?My team, every day, and thousands of filmmakers.

What’s the most important startup/entrepreneurship lesson that you’ve learned?There are a lot of shiny objects – so your focus is your greatest asset.

What would be the title of your biography?Hopefully, Nothing is F—-d.

Your Ferris Bueller moment: if you could goof-off/skip out for a day, what would you do?Go to a theater matinee and to the beach.

One place in time you’d like to visit?I wanna meet those lady Vikings.

Part of the trick to staying focused is?Keeping your ego out of it.  Offers for speaking engagements and panels, etc. can feel good, but be the wrong way to spend your energy.

Where can readers of “In Conversation With” connect with you online?@emilybest and @seedandspark.