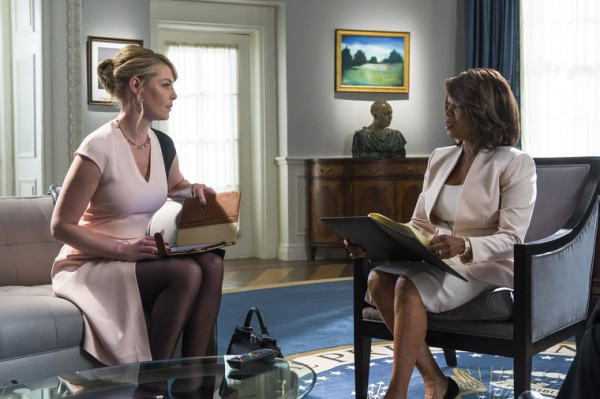 Autumn is inching towards us as the days grow shorter, nights get cooler, and pumpkin-everything takes over grocery store shelves. As always, putting summer to bed is bittersweet, from our short shorts to our guilty pleasure summer series. Yes, even Reckless wraps up its season-long scandalous behavior tomorrow night. So what better to ease the pain of losing Jamie, Vi, and Roy, than to bring back our favorite fall ladies, and meet some new, potentially jaw-dropping, leads. 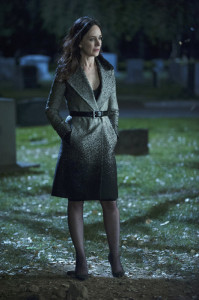 The Good Wife – A lot has happened since Alicia Florrick packed her brief case last spring. Julianna Margulies took home her second Emmy (her first for The Good Wife), just last month, and actor David Hyde Pierce (of Frasier fame) has joined the cast. With Will’s death, and Alicia considering a run for State Attorney, we couldn’t be more ready for season six. Look for the premiere Sunday, September 21, 9:30 ET/9PT on CBS.

Scandal – Last we saw, Olivia and Jake had boarded a plane to who-knows-where, Harrison was dead, and Quinn was once again on the outs. And – OP fans, rejoice, Kerry Washington had her baby late last spring, which means no more awkward purses, more screen time, and a full-length season. Rumor also has it that Portia de Rossi will be making a “multi-episode” appearance.” Intelligently marketed, Scandal has been running #WhereInTheWorldIsOliviaPope and now it’s the question on everyone’s lips. Find out Thursday, September 25, 9/8c on ABC.

Revenge – After a quite literal jaw-dropping finale last May, fans have been biting their nails in anticipation of the show’s return. We can’t count how many were (left for) dead at the end of season three, and with Victoria shipped off to a mental hospital, what happens next is anyone’s guess. But, good news for Emily, she might just get a new love interest this year. Season four returns on Sunday, September 28, 10/9c on ABC.

House of Cards – Sadly, Netflix doesn’t have to play by television’s time frame. The good news, that snafu with the state of Maryland has been resolved, and the show is currently filming season three. But the less good news, there’s no set date for it’s release, though the Internet believes it will be in February. What is certain, this next season – which creator, Beau Willimon, is already tweeting about – will focus on foreign politics, and possibly a bigger role for the lovely Claire Underwood.

Madam Secretary – As one of the two new political dramas on our list, it seems as though politics are this year’s crime show. Tèa Leoni plays Elizabeth McCord, is a CIA analyst turned college professor turned the newly appointed Secretary of State, at the President’s request. Dry humor and a decent dose of sarcasm fill the commercials, but one can’t help but wonder – is Leoni modeled after our real-life, former Secretary of State? Either way, between her, Bebe Neuwirth, Patina Miller, and Tim Daly, we’re pretty excited about this show. Look for the premier an hour before The Good Wife on Sunday, September 21 8:30 ET/8PT on CBS. 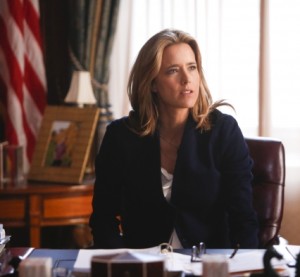 How to Get Away with Murder – Harder to peg, Shondaland’s newest drama follows Viola Davis as Professor Annalise Keating, and her class this semester: How to Get Away with Murder. But remember, at Shondaland drama, dramatic and daring storylines are the normal, not the exception. Moving into Scandal’s original time slot (and making Thursday Shonda Rhimes’ night), Murder starts Thursday, September 25, 10/9c on ABC.

Stalker – Just because politics are the new black, doesn’t mean that crime shows have been wholly removed from the new lineup. CBS’ Stalker follows LAPD “Threat Assessment Unit” as they investigate the gambit of stalker related crimes. While star Dylan McDermott carries a bigger name, his co-star, Maggie Q plays his boss, Lieutenant Beth Davis. A tab bit creepy, with a strong female lead, it’s no wonder CBS put this this show on after the season ten premier of Criminal Minds. Look for it Wednesday, October 1, 10/9c on CBS.

State of Affairs – Two of televisions well-recognized faces return to the small screen for our second politically charged drama this fall. Former Grey’s Anatomy star, Katherine Heigl plays CIA analyst and the president’s daily briefer, Charleston Tucker. The president, however, is played by Alfre Woodard of Desperate Housewives fame, and yes, that does mean she’s the first black woman president. To make things just a bit more interesting, President Constance Payton was once Charlie’s future mother-in-law, until her son (and Charlie’s fiancé) was killed in a terrorist attack. Look for the plot twist on Monday, November 17, 10/9c on NBC.

So ready the popcorn, fall shows are back in action next week! Did we miss one, tell us what series you’re most excited to have back!