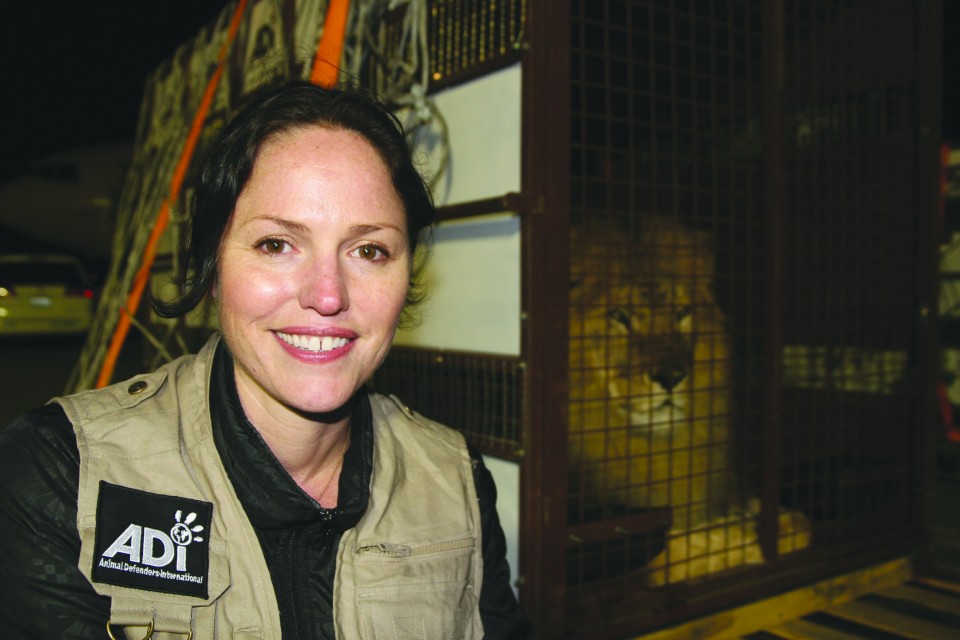 A Look Inside Jorja Fox’s Philanthropic Life Outside of CSI

CSI’s Sara Sidle, aka Jorja Fox, is best known for her life-saving roles on-screen, but off screen, Fox is saving animals. With Seafox Productions, the long-time animal rights activist and burgeoning producer, Fox is quickly mixing her two passions with growing documentary portfolio. Her latest endeavor, Lion Ark, has been nominated for Outstanding International Motion Picture at this weekend’s 45th NAACP Image Awards.

Lion Ark tells the story of Animal Defenders International recent Bolivian campaign to ban traveling circuses throughout the country. In the end, ADI helped relocate many of the animals to safe, forever homes, including airlifting 25 lions from Bolivia to a reserve in Colorado.

Some might recognize Fox from her earlier television roles – she played Maggie Doyle on ER from 1996 to 1999, and a West Wing secret service agent in 2000. But it was her animal rights activism that persuaded Jan Creamer (president of ADI) to partner with Fox. As an ADI ambassador, the actress turned producer couldn’t be more thrilled about the NAACP nomination.

How did you get involved with Lion Ark?Jan worked tirelessly on the circus bill, and then made arrangements for a whole country’s worth of lions to be removed from Bolivia. I was invited to welcome the lions’ arrival in Colorado.

I learned they’d been documenting the process. The people at ADI had been working round the clock and were considering giving the footage away, but once I saw it I knew it had to be a feature film and that I wanted to be a part of it. I was just lucky enough to be a part of the film as it unfolded.

Tell me more about your role in getting the film made? 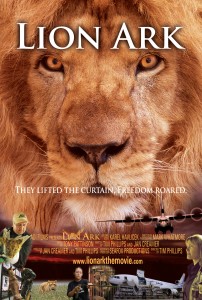 As the associate producer I didn’t have much creative input. ADI put together this incredible movie. The part I got to play was that of consultant, financer, and cheerleader.

I’m a very small-time producer, but my dream is to help people tell the stories they want to share. I look for topics that are fulfilling: human and animal rights, and environmental issues.

CSI just wrapped its 14th season – how’s it feel to be a part of that?It’s been an amazing magic carpet ride. Never in million years would I have thought we’d still be doing this, but the cast is incredible. There are pros and cons to being the same character for so long, but I love Sara. She lives a very dark life, but it’s also very intriguing. She’s almost like my alternate ego. Isn’t that one of the biggest draws to acting? I never could have been in the secret service or CSI team in real life.

When did you start producing and how did you break into the “other side” of the business?Some years back I was part of Honeypot, a tiny avant-garde theater company in LA, with four other women. But we all started working so much that eventually we disbanded. My first foray into production was a play on Dusty Springfield, so it was an easy shift.

I met the director for How I Became an Elephant at a party and … I wanted to be him. I wanted to be a part of the film. Maybe that’s what I look for because it was the same with Lion Ark. 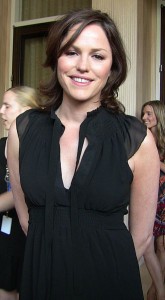 As a producer, how do you use the business aspect within Hollywood to help further your cause?It’s a tricky thing, with films there’s always a risk that it’s going to be terrible or that no one going to see it. But if they do come out well then you reach so many people spanning different ages, backgrounds, even countries in just 90 minutes. And with that reach comes influence. I know music and movies have influenced me more than anything else in my life.

The NAACP nomination: what would winning this award mean?The nomination alone garners all the [nominated] films attention and makes it so they will be watched. Especially with the press the films receive.

With Lion Ark it’s easy to think of it as a movie about lions, but people from all over the world came together for this cause. It was amazing to get the attention of the NAACP – they’ve done so much human rights work over the years. Really, there’s almost no animal issue that isn’t connected to the environment and human rights issues. For us, the greatest gift is to be nominated. We’re the long shot, but we’re incredibly excited to be here.

Being a woman do you ever feel like you have to worker harder to get your message and your work out there?I’m really lucky because I haven’t personally experienced this yet. But then the odds of making any money from documentaries are small.  I’ll have to let you know once or if I slide into the profit range

I do know that women/actresses still make less then men. Any great movie or television show has four to five roles for guys, and only one for women (and it’s usually not as interesting). Fortunately, it’s never held me back. As a producer I’ve worked with men and women and been respected and appreciated.

I owe a lot of it to my parents and my father was an amazing male role model. They always told me I could do whatever I wanted when I grew up as long as I worked hard. As a producer I’m just getting started. I’m excited to see what the next five years will bring.