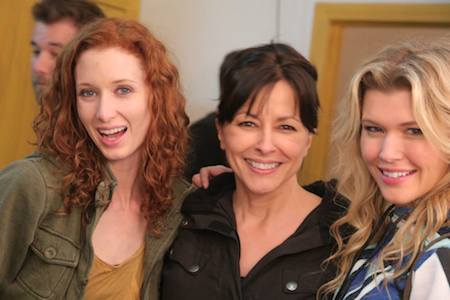 At the age of 52, Marina Rice Bader decided to make movies.

Ten years shy of today’s average retirement age, Bader’s life took a sharp left turn. A professional photographer by trade, she’d fallen in love with a woman for the first time and never looked back. Instead, Bader turned to pop culture to learn more about the community to which she suddenly belonged. But to her dismay, what she found was a limited collection of lesbian-focused films.

“I started watching and then started wondering: where are the rest of the movies?” Bader remembers. After exhausting the queer library, she decided that more women-centered films needed to be made. But she wasn’t interested in just talking about the weather; she planned to do something about it. 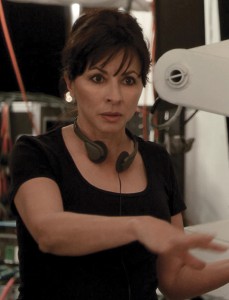 In 2009 Bader started her own production company, Soul Kiss Films with the goal of creating compelling movies by women, for women, and about women. “I’m a poster child for late bloomers – everything has happened late,” Bader jokes. “But I was really ambitious about making lesbian films, and so I’ve dedicated the rest of my professional life to this goal.”

Her first film as executive producer with Soul Kiss was 2010’s Elena Undone, which Bader admits is loosely based on her life story. Two years later, A Perfect Ending was released, again with Bader taking on the role of executive producer. But after a while Bader longed to try her hand at directing, and she finally found the opportunity last winter after a film she’d been working on was slashed in post-production.“I knew I wanted to make a movie for summer, but that meant I had 30 days to complete the filming. So I decided to jump in with both feet and see what happened,” says Bader. “Everything just seemed right so I shoved all of the [directing] books back on the shelf and went with it.”

Her latest and soon-to-be released film, Anatomy of a Love Seen was literally completed in 30 days time. Bader made the decision to create this movie in the last week of 2013, and had it wrapped and in the can by January 31.

With only one investor and a small budget of $70,000 (the summer blockbuster, Maleficent had a budget of $180,000,000 for comparison), Bader found her cast and filmed the entire movie in five days.

“The good news is I really am an instinct driven human being. I wrote a fifteen-page outline, created the characters, and am grateful to the talented actresses (Sharon Hinnendael, Jill Evyn and Constance Brenneman) I found who brought so much to their roles. I’m not sure I’ll ever make a movie in a different way.”

Six years after starting on her new life course, the mother of three girls and one boy says she’s no longer afraid. “At 58 I find that I’m no longer embarrassed, or worried about people not liking me.” In fact, Bader never once let the fact that most movies are made with longer film time and bigger budgets get in her way. “I’m really happy making movies on small budgets and for little money,” she says. “I figure I’m either going to make do with these restrictions or I’m not going to do it all.” The latter is no longer an option for her.

Bader in the NOH8 campaign

Bader shares an apartment with her three teenagers – her oldest daughter currently lives in Dallas – and has scaled down her family’s overall living expenses to make movies for women. “It’s sad how few well-rounded female characters exist in the land of movies. They have so much more to offer. I am a woman who wasn’t entirely self-realized until my 50s – and I’m still on that path; I want to inspire women to get out there and do their thing. I don’t want people to spend their entire lives not doing – I just started living. And now I’m trying to set an example for my girls.”

A devoted, micro-budget filmmaker Bader is one of few pioneers to release her film online first, instead of taking the traditional dvd route. Anatomy of a Love Seen will premier Friday, July 18 as part of OutFest, the 10-day long LGBT Film Festival in Los Angeles. However, the day after it’s premier, the movie will be released worldwide online.

“The beauty of streaming is that you have more opportunities to get your work out to the world, and with Vimeo they make it so easy. Our film will be released with five different language subtitles. Of course it has the potential to makes less money this way, so it’s my job to stay on top of outreach and social media. This is my test run.”

If all goes according to plan, Bader hopes to start her next film before the year is out. “I’m one of the few production companies making films for the lesbian community. My goal is to make a film per year for that library.”

If her track record on this last film holds, Bader is sure to achieve her end goal. For now, she urges young women to not let their fears hold them back. “Don’t let people tell you that ‘you can’t’ or ‘that’s not how we do it.’ Forget them, that’s how things don’t get made.”