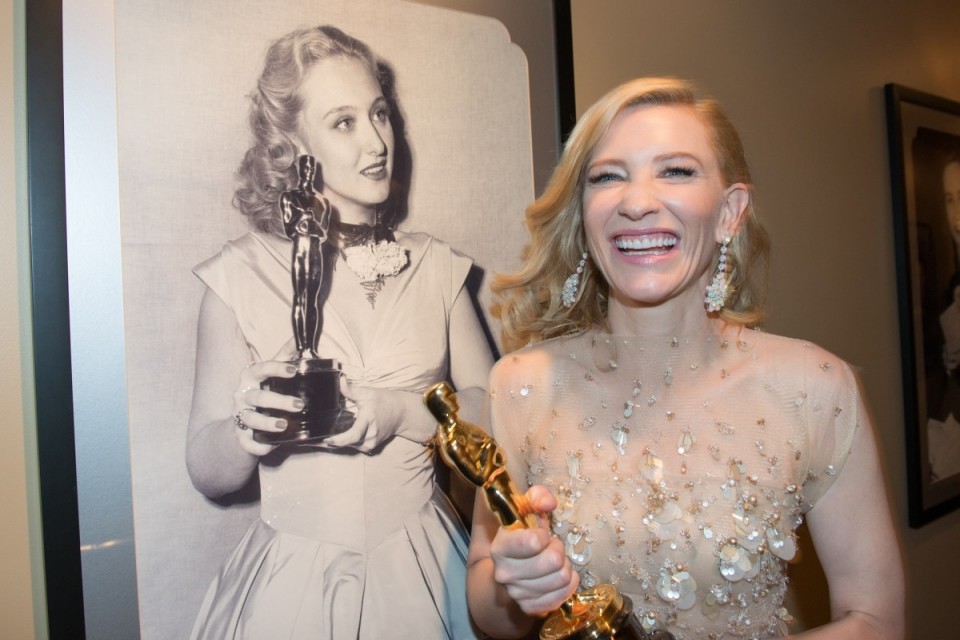 The topic of women in film is (literally) everywhere these days.  From Cate Blanchett’s eloquent-yet-impatient Oscar speech, bemoaning “the idea that female films with women at the center are niche experiences” to Jane Campion’s declaration at the 2014 Cannes Festival that “there is inherent sexism in the industry…women do notice that time and time again, we don’t get our share of representation,” this is a subject that is present on the international stage.  Even the video of Bollywood actress Mallika Sherawat talking about women’s rights has gone viral.

In essence, these female artists – and many, many others — are raising their voices and making the world listen.  If you’re interested in learning more facts and joining the conversation, below are five great websites you can visit.

1.  Women in FilmFounded in 1973, Women in Film is the leading organization supporting women in the entertainment industry. They offer mentoring programs, grants, scholarships, master classes, networking breakfasts, workshops, access to employment opportunities and many other avenues for possible success. In their mission statement, they say their “fundamental belief is that entertainment created by and for women should represent 50% of all content worldwide, in sync with the voice of the population itself.” Rock on. On their board of directors include actor/director/producer Lake Bell who produced her first feature film “In a World…” this past year and Academy-Award winner Octavia Spencer.

2. Indiewire “Women and Hollywood” BlogIndiewire has presented itself as the champion of independent filmmaking. It is an online news blog that highlights new films, filmmakers, festivals, box office numbers, interviews, and much more. Melissa Silverstein, the editor and founder of the Women and Hollywood blog attached to Indiewire, aims to educate and advocate for gender parity across the entertainment industry. On this website you can find statistics, lists of films by and about women, news, editorials, release dates, festival coverage…all featuring strong women making waves in the film industry. They consistently post articles of what films are currently in the box office that are about women, directed by women, and written by women. Voting with your dollars is the best way to show support, so this website is a great way to drive Cate Blanchett’s point home that women-centric films do make money!

3. San Diego State University Center for the Study of Women in Television & FilmThis website is my go-to if I want to have up-to-date percentages and data about the Women in Film issue. According to a study at this center, which has been active since 2008, women comprised only 16% of all directors, executive producers, producers, writers, cinematographers, and editors working on the top 250 (domestic) grossing films of 2013. This figure represents a decrease of 2 percent from 2012. This SDSU Center website provides a lot of hard numerical statistics, backed up by scientific studies and research, that you can use with great confidence at your next social gathering and rustle up some good old-fashioned indignation amongst your female filmmaking allies.

4. Women Making MoviesOne of the most established nonprofit organizations for women in film, and started in the heyday of the women’s movement in 1972, Women Making Movies works with female filmmakers in over 30 countries. It keeps a close eye on “celluloid ceiling” issues, has both distribution and production assistance programs, and a strong multicultural, multiracial focus.  Heavy hitters such as Jane Campion and Sally Potter are among its members, and its presence can be felt every year at Cannes and Sundance, since it serves as an incubator for so many female-helmed projects.  Lastly, the organization does not neglect the basics: its office, in the heart of NYC, provides a screening and conference room space, and they have an affiliate program with AmazonSmile, which will donate a portion of your purchase to WMM.  If you want to start with one all-inclusive, extremely helpful organization, this would be it.

5. Women in Film and TelevisionWomen in Film and Television is an international organization that has over 10,000 members in 40 countries, with the bonus that it is comprised of chapters, meaning there is likely one near you, offering numerous activities and events.  (Their chapter listing is exhaustive and exotic, boasting cities form Reykjavík to Mumbai.) They offer “film-finishing” grants – those invaluable financial boosts to help get a project from camera to screen —  a Short Film showcase, and a film preservation fund.  They also host networking events at major film festivals, such as Cannes and Berlin, in addition to those all over the U.S.

In order to make progress with erasing gender stereotypes, it is most important to educate our youth. Media is such a huge part of a child’s upbringing and has a very large subconscious affect on how they view the world, so the more they can be exposed to TV shows and films that portray women in a supportive and unbiased light, the better.

Geena Davis Institute of Gender in MediaAcademy-Award winning actress Geena Davis founded the Geena Davis Institute on Gender in Media to create a three-tiered approach of research, education and advocacy about gender in media that focuses on entertainment targeting children under the age of 11. The Institute is the only research-based organization that works behind the scenes in the entertainment industry to engage, educate and influence the need for gender balance, reduce stereotyping, and create a wide variety of female portrayals for children’s entertainment.  Not to be cliché, but children are our future. If we start educating them early with supportive, all-inclusive, gender-equal media, children are more likely to grow up with more open minds and we can leave out-dated social stereotypes behind for good.

Media SmartsMedia Smarts speaks of itself as a Canadian not-for-profit charitable organization for digital and media literacy. It is not a website specifically about women in film, but it outlines the idea of gender stereotypes and what society and social “norms” tell us what a being a girl or women or boy or man is defined as. The more people that can educate themselves about what “gender norms” are, the more they can move away from them and allow themselves and, maybe more importantly, their children be free of any stigma or preconception of what they are “expected” or “allowed” to do or feel within their gender.

These are only a few of innumerable websites, blogs, articles, editorials and studies that are out there in the massive, magical abundance of information we call the internet, that discuss the disparity in percentage of females working in front of and behind the camera in the entertainment industry. If we’re going to make change, information and education is where we start. We’ve already made so much progress, the more we can continue this conversation and make a constant and consistent point of raising awareness of gender imbalances and stereotypes, the more positive results we’re going to see. Keep up the inspiring work, ladies! The only way to make change is to make change.